Legendary Kannada actor, Puneeth Rajkumar was well-known in the industry for his acting skills. However, his house in Bengaluru is such a pristine one that it reflects his unconventional taste.

Puneeth Rajkumar was quite a renowned name in the Kannada film industry. He had proved his mettle in acting by starting his career with the film, Appu, and since then, there has been no looking back for him. Ever since his entry, the actor has given a series of hit movies, thereby claiming the title 'Powerhouse' by his massive fans and critics. However, the actor left his fans and the entire film fraternity in tears as he breathed his last on October 29, 2021, at Vikram Hospital in Bengaluru, after suffering a severe cardiac arrest. His death has left a big vacuum in the Kannada film industry.

Puneeth Rajkumar was the son of legendary actor, Dr Rajkumar, also known as 'Annavru' by the people of Karnataka. Well, Puneeth was not just a phenomenal actor but had also earned a lot of fame with his dancing, anchoring abilities and philanthropic works. The actor had first made his on-screen appearance in the movie, Premada Kanike, when he was only six months old. Though most people know him for his acting skills, not many know that the actor is also quite fond of living a magnificent lifestyle and his home in Bengaluru reflects the same. Whether it is the living room or the master bedroom, every corner of his house speaks volumes about class.

The exteriors of the house 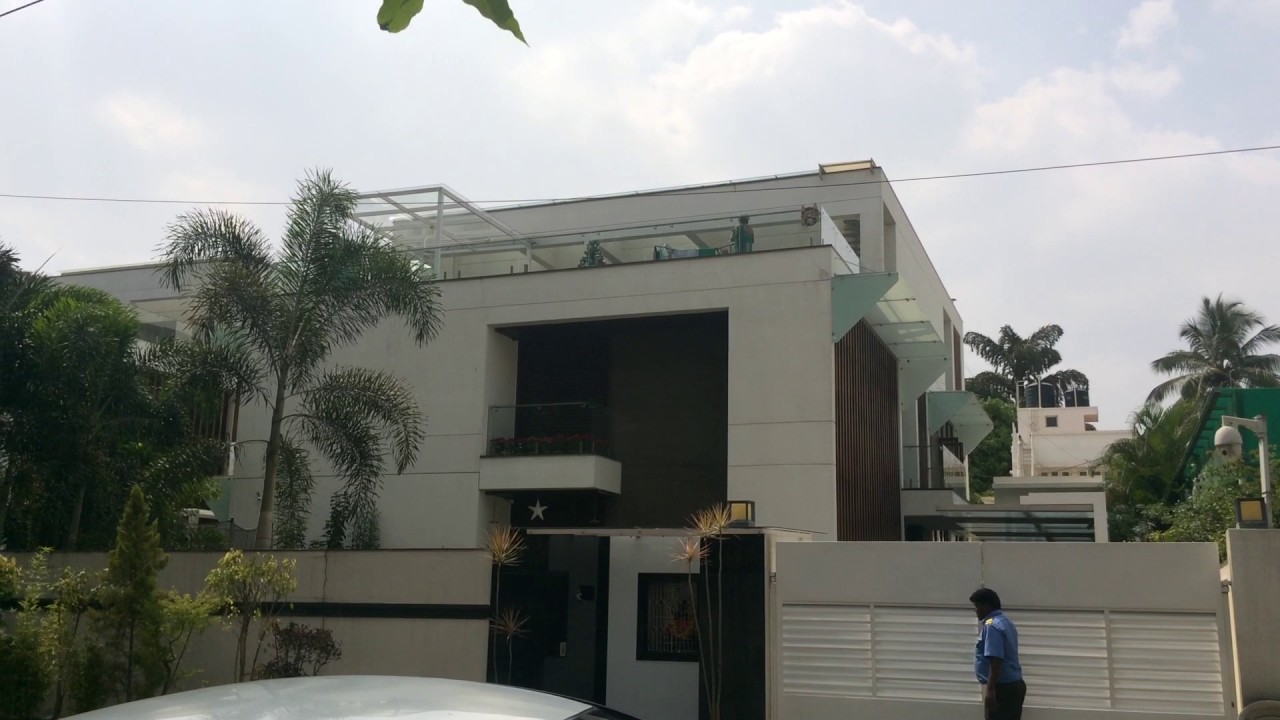 Puneet Rajkumar and his brother, Raghavendra had reconstructed his father, Dr Rajkumar's old home in Sadashivnagar, Bengaluru. While the interiors of the swanky new home are a class apart, the talented actor had also invested equal time in beautifying the entrance of his house. Keeping in mind the white colour of the building, Puneeth had decided to keep his entrance gate in black and white. After entering through the gate, one can witness a huge lawn filled with greenery. Often, the actor used to work out in the lush green lawn and the beauty of the area is a sight to behold.

A living room that reflects his interest in contemporary style Puneeth Rajkumar had moved into his swanky new house in 2017 along with his wife, Ashwini and their daughters, Drithi and Vanditha. Since the day, the actor had thought of reconstructing his old home, he had been planning every piece for his home and had entrusted Godrej Interio to help him out. Therefore, keeping his preferences in mind, the living room is a contemporary one and has a perfect blend of western and traditional style elements. Not only that, the furniture for the living room defines his unconventional taste as they reflect modern designs and sober colours. The actor, who passed away at the tender age of 46, had a classy taste not just in his selection of movies, but also when it comes to designing his home. 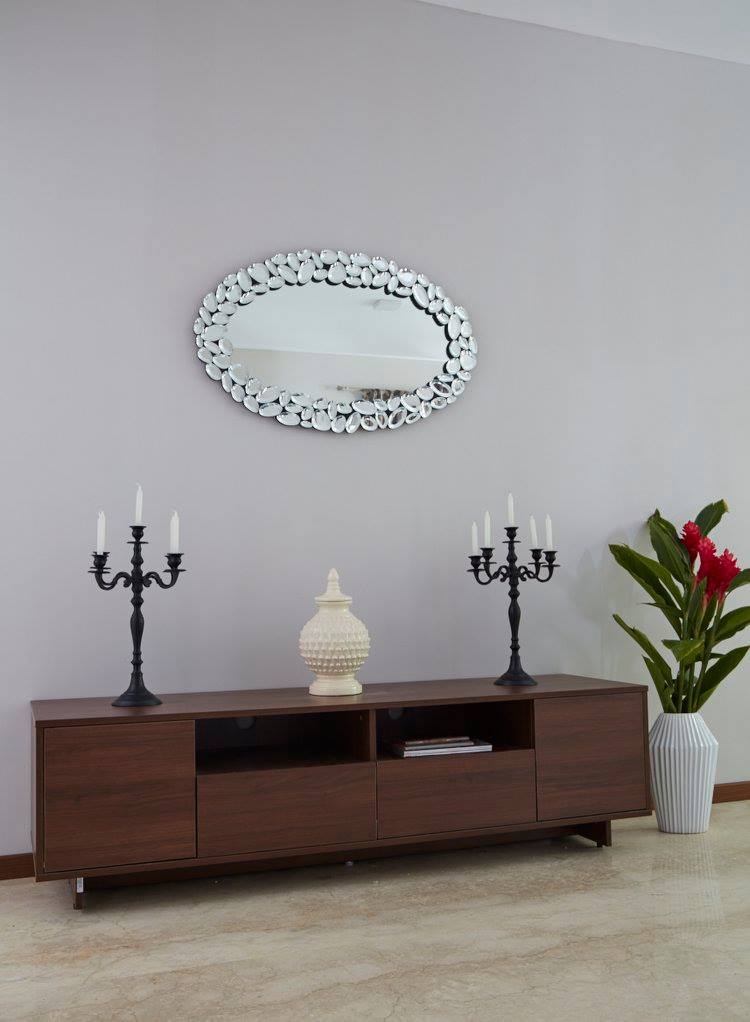 Besides two-single seater black sofas, the actor had opted for a soft white angular sofa, thereby maintaining a black and white theme, which can be spotted in every corner of the house. This combination gives a dazzling effect to the living room and the classy glass-finished centre table adds an appealing factor to the modern look of the living area. A brown-coloured TV cabinet and a huge stylish mirror in the living room also add a lot of beauty to the place. Not just that, a photo frame of his father, placed at a side table proves his respect towards him. 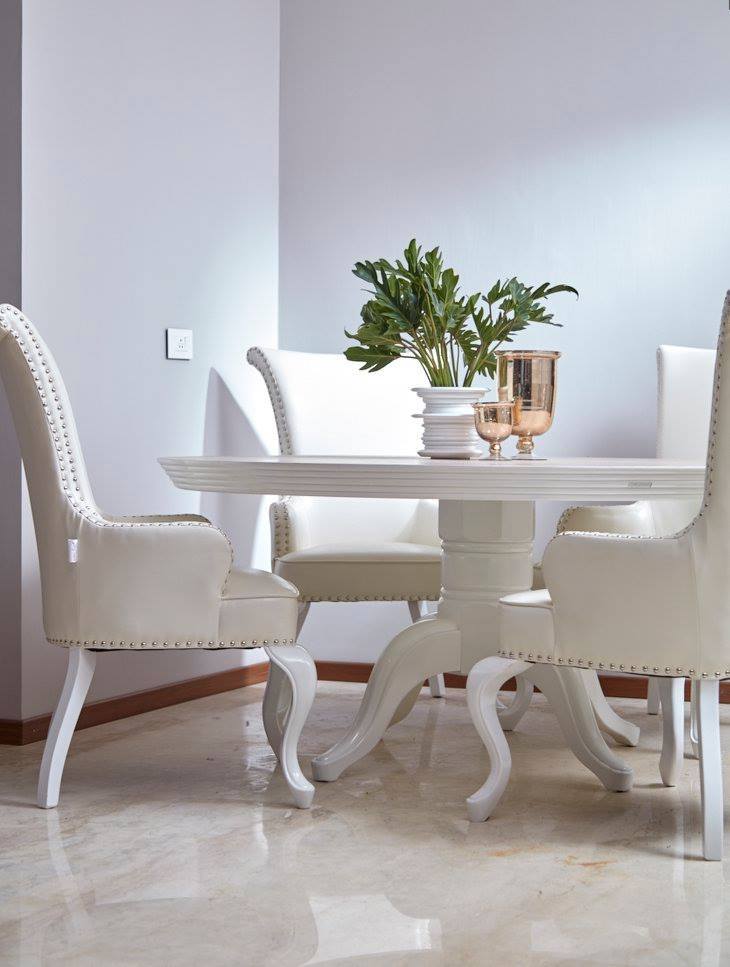 Just like any other celebrity, Puneeth Rajkumar's sprawling home is decorated by one of the top-notch interior designers and it reflects his stories of success and hard work. The dining area is designed in such a way that it gives a pristine look to the overall area along with a resto-theme. The chairs in the dining area provide an aristocratic finish and make it look absolutely stunning. The marble floors also complement the area and make it look like a 5-star hotel's dining room. 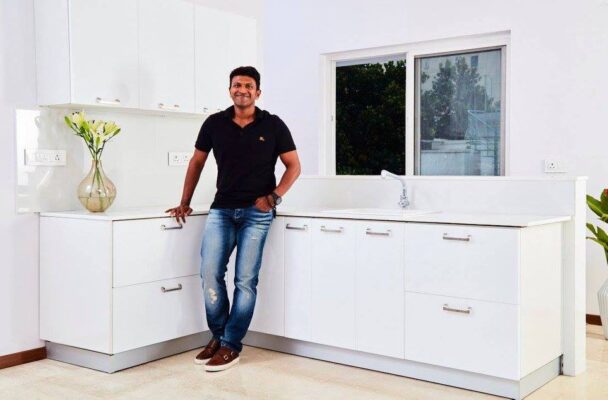 Puneeth Rajkumar's home in Bengaluru, Karnataka is located in a posh neighbourhood of Sadashivnagar and also has a lot of plush mansions and houses in the surroundings. Keeping the serene theme of the other rooms in mind, Puneeth Rajkumar had asked his designers to keep the kitchen in a complete white tone. The kitchen features a flower vase, window, shelves on the walls and has a sufficient area with drawers for storage. With an aura of positivity, the kitchen area is both neat and spacious.

A master bedroom for Puneeth Rajkumar and his wife, Ashwini According to his requirements, Puneeth had planned all the design elements and where they should be placed. The master bedroom of the couple is decorated with a king-sized bed and has a peach-coloured wall to add beauty to their room. Besides that, a unique golden coloured mirror, which is very rare to be seen in anyone's home is hung on the wall behind their bed. To add attractiveness to the plain colours in the master bedroom, the actor had opted for a hanging lamp from the ceiling, along with a sophisticated table lamp beside the bed.

A soothing and light-coloured bedroom for the kids 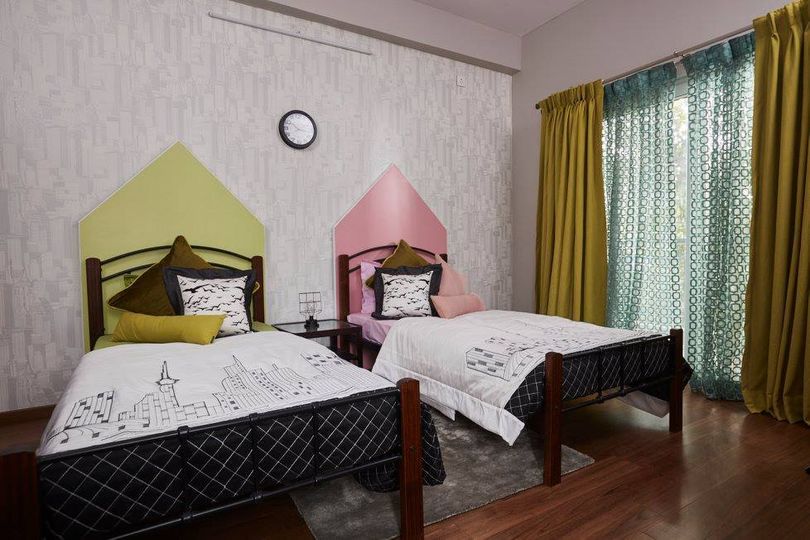 For his daughters, Drithi and Vanditha's bedroom, Puneeth Rajkumar had decided to keep fresh and neatly arranged light coloured furniture. It is ono-intrusive and consists of two separate beds for both of them. While the colour palette on the wall is kept in hues of peach and mint, the balcony outside their room cannot be missed. The actor had chosen separate beds for both his daughters along with two separate wardrobes. There is a glass-finished table in between the beds, that adds a classy look to the room. Not just that, the beautiful curtains and the all other minute details add to its beauty. This was a place where the late actor used to spend some time with his princesses. No wonder, they are going to feel his absence for the rest of their life.

A separate guestroom for the visitors 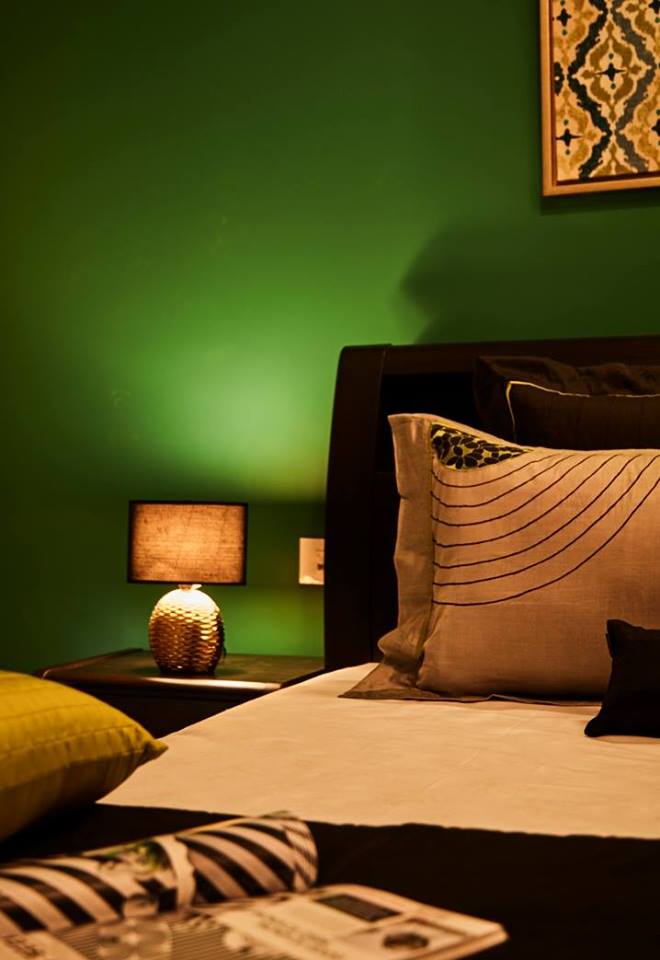 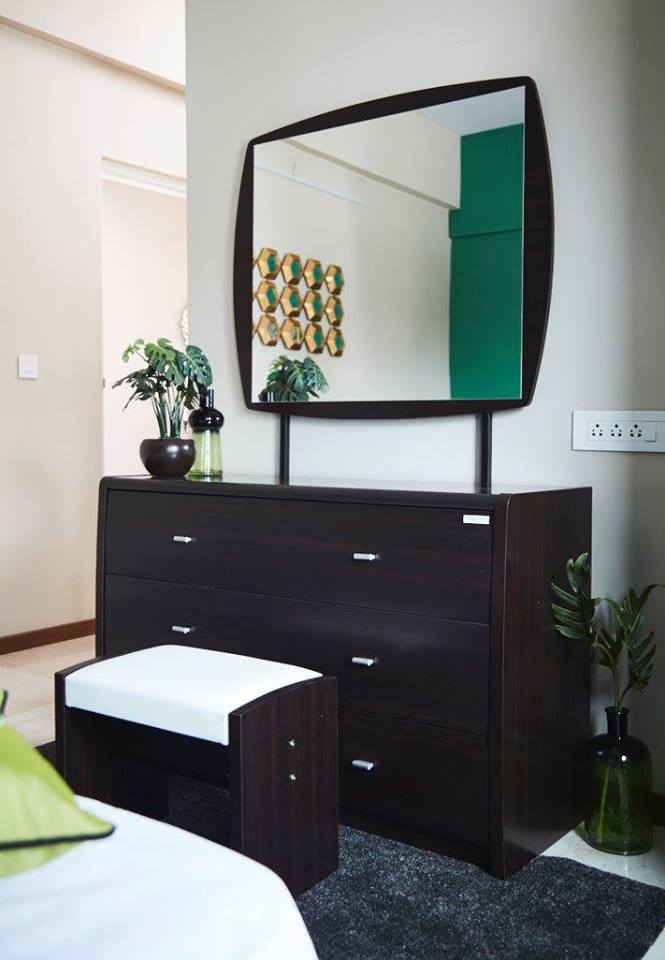 Puneeth Rajkumar's house also has a provision for a guestroom for any guest, who visits his home. It consists of elite and modern furniture and the choice of colours is just too good. The room is designed in such a way that it looks bright and spacious with minimal furniture. It also has a stylish dressing table with a jaw-dropping mirror and the whole design will make the guests want to stay for many more days. Not to forget, the table lamp at the corner of the bed is too eye-catchy!

Whether it is the marble flooring, large windows or other artefacts, Puneeth Rajkumar's house in Bengaluru is worth taking inspiration from. The arrangement of the furniture and the dependence on the wall shelves, makes the rooms look spacious. It is quite noticeable that the actor loved to see his house neat and clean, yet had added stylish elements to it.