Priyanka Chopra Jonas spilt the beans about her decision of quarantining herself quickly while giving a glimpse of how does the afternoon time look like in Jonas-Chopra household! 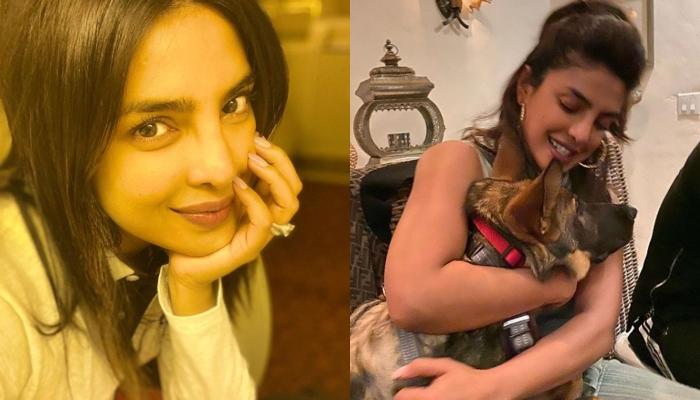 Priyanka Chopra Jonas is a global star having millions of fan following, keeping which in mind, she doesn't hesitate to take an initiative which could make a difference. She is very active on social media and keeps on encouraging her fans and giving out positive vibes through her posts. Priyanka is also very intuitive, candid and honest, the glimpses of which you'll see if you scroll further! (Recommended Read: Rishi Kapoor Dies At 67, He Took His Last Breath At The Hospital With His Family In Attendance)

The desi girl that Priyanka is, her love for traditional ethnic outfits needs no proof as she leaves no chance of donning one, whenever she could. Recently, while in quarantine in her house in LA, with her husband Nick, she had decided to wear a blue saree out of nowhere as she was missing travelling to India. She had then gone on to post a picture of herself in saree with husband, Nick Jonas. She had looked ethereal in a blue saree, paired with silver bangles and Nick had looked dapper as always in a white shirt. 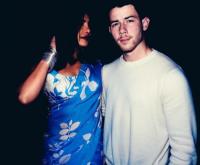 Priyanka Chopra gave a sneak peek of what does an afternoon looks like at Jonas-Chopra household. She shared a cute picture of their dogs napping on the couch while maintaining 'social distancing'. She even captioned the pictures as "It’s siesta time at the Chopra Jonas house. #socialdistancing" Ever since the lockdown has been imposed, Priyanka has been very active on social media sharing glimpses of her quarantine activities now and then, with her fans. The actress is also doing her bit to raise awareness about the ongoing global pandemic. She even took the Safe Hands Challenge, promoting the idea of staying clean, staying safe, and staying home. Even her pets are demonstrating social distancing! Here, have a look at the cute picture: Priyanka Chopra is quarantined in her LA house with husband, Nick Jonas. Priyanka had quickly quarantined herself as soon as the news of the pandemic had broken out, revealing the reason for the same, in a conversation with Vogue, she said, "Nick is a Type 1 diabetic, so we felt it was important to go into quarantine almost immediately.” Also, she expressed her relief as Nick and she were already together when the lockdown was announced, fortunately. Unlike several other times when the two were in different cities and countries. She went on to say, “I’m so grateful we’re together at this time." Priyanka emphasised that her husband's health is her first priority and since she was constantly shuffling between India and US, as she was here for the Holi celebrations at the Ambanis, she immediately quarantined herself with Nick, the first chance she got. (Also Read: Shweta Pandit Shares First Pictures Of Her Baby Girl, Izana With Husband, Ivano Fucci) Priyanka spilt some beans on what is keeping her busy in this quarantine. In a conversation with Vogue, she had revealed that hubby, Nick Jonas is tutoring her to play the piano. In her words, "I've also started the piano—I make my husband teach me. I've never played, but I've always wanted to learn an instrument, so I make him give me a half-hour or 45-minute lesson every day." Priyanka had also opened up about learning hip-hop as she misses dancing. She had said, "I've taken a hip-hop dance class too because I miss dancing!" Priyanka had then gone on to express her glee over Nick becoming her in-house physical trainer and writing partner. (You May Also Like: Shoaib Ibrahim Reveals The Happiest Moment He Has Lived With His Wife, Dipika Kakar) 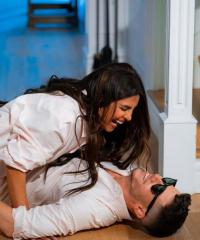