Priyanka Chopra is back in the city to promote her upcoming movie, 'The Sky Is Pink'. In a recent interview, she opened up about her brother, Siddharth Chopra's relationship with Neelam Upadhyaya.

When you are related to some B-town celeb, your personal and professional life get unwanted media attention. And, when you are Bollywood diva, Priyanka Chopra's brother, then the attention will automatically shift on you. Priyanka Chopra’s brother, Siddharth Chopra’s love life has always been in the limelight for his linkup rumours. In February 2019, Siddharth had a Roka ceremony with his then-girlfriend, Ishita Kumar, which was attended by his star sister, Priyanka and jiju, Nick Jonas. But soon, speculations about their split started and putting an end to it, they called off their engagement in April 2019.

Ambanis’ celebrate Ganesh Chaturthi with a lot of glam and show. But in this year’s Ambani’s puja, it was Priyanka Chopra’s brother, Siddharth Chopra who stole the limelight. He had attended the celebrations with the South Indian actress, Neelam Upadhyaya. The duo had made their entrance twinning in the shades of blue and had looked happy in each other’s company. This was Siddharth’s first public appearance with another girl after his breakup with Ishita Kumar. (Recommended Read: Aamna Sharif Is Making A Comeback On TV As New 'Komolika', After Five Years Of Delivering Her Son) Siddharth Chopra’s personal life again caught the attention of the paparazzi when he was spotted with a mystery girl, Neelam Upadhyaya, post which rumours about their relationship started. In a recent interview with the Mumbai Mirror, Priyanka Chopra opened up about her brother, Siddharth relationship status with South Indian actress, Neelam. When Priyanka was asked about the same, she said, “I don't speak about other people's life because it's not my business. You should ask him when you meet him next.”

In a throwback interview with the Hindustan Times, Priyanka had spoken about her relationship with her brother, Siddharth. She had said, “We have grown up squabbling and fighting as most siblings do. He is the younger one technically, and so, I did my duty as the older sibling and bullied him mercilessly. But no matter what I did, he would be there for me, with a smile on his face and love in his eyes. I think the strength of the bond that we share is tremendous. A lot is unsaid between us, but we know that no matter what, we’ll always be there for each other. We used to do a lot of masti (fun). I was the ‘general in command’, and Siddharth was my willing sidekick.” After his first public appearance with Neelam, Siddharth had taken to his Instagram and had posted a picture from the party. The party was attended by his mother, Madhu Chopra, his rumoured ladylove, Neelam, VJ Anusha and television actress, Puja Banerjee along with her fiancé, Kunal Verma. Siddharth had captioned the picture as “Crazy 30. #dirtythirty... life’s greatest gift is having family and close friends. Great start into my thirties.” (Suggested Read: Lucky Ali's Ex-Wife, Kate Elizabeth Hallam Spills The Beans On Her Divorce With Him) 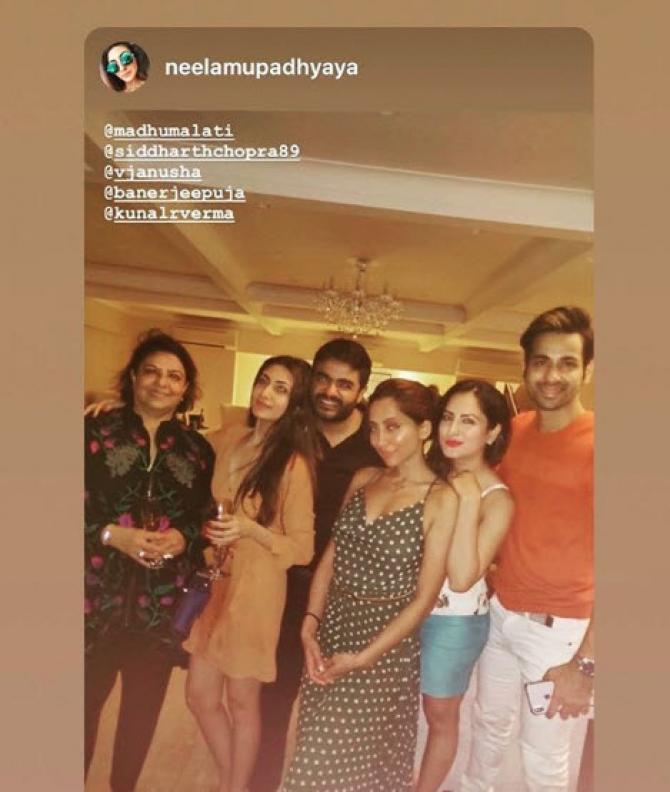 Priyanka Chopra had tied the knot with Nick Jonas on December1-2, 2018 and just two months after her wedding, the couple had attended Siddharth’s Roka ceremony with Ishita in Mumbai. Priyanka had taken to her Instagram and had shared a picture from the ceremony with rokafied couple, Siddharth and Neelam. She had captioned the picture as “So proud of my baby brother. Ishita welcome to the family... you are so beautiful together... I wish you both the best for the future! Happy Roka!! @ishittaakumar @siddharthchopra89.” But, within two months of their Roka ceremony, the couple had broken their marriage and went their separate ways. In May 2019, talking to an online media portal, Madhu Chopra had confirmed the news of their broken marriage and had said, “My son Siddharth said he was not ready for marriage yet. He explained he needed more time. They (Siddharth and Ishita) have mutually called it off." 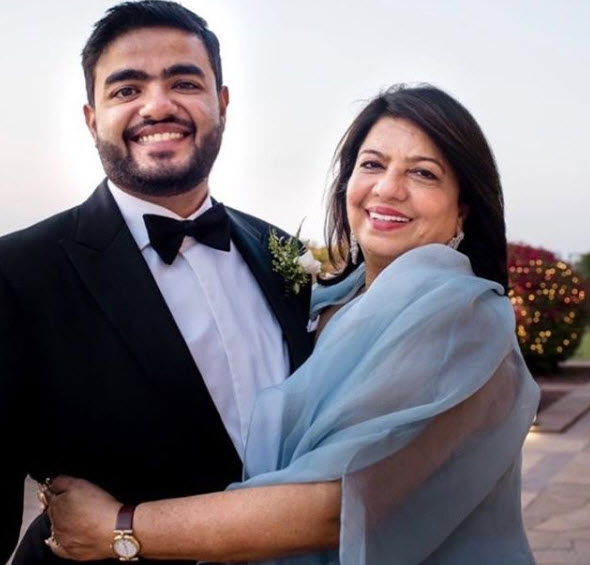 This was the second time when Siddharth Chopra’s wedding was called off. Prior to getting rokafied to Ishita Kumar, Siddharth was in a relationship with Kanika Mathur. Siddharth and Kanika were engaged in October 2014, in an intimate ceremony. The duo was speculated to be married in February 2015 in Goa. But before entering the nuptial vows, the two had called off their engagement. A source close to the family had confirmed the news and had revealed “Siddharth wants to concentrate on his career and his new venture (a pub-lounge in Pune). Pushing it ahead was a big decision for both the families. Priyanka is also not in the country at the moment and the wedding cannot take place without her." (Do Read: Amy Jackson Takes Her 2-Days Old Son, Andreas For His First Outing, Both Of Them Twin In White) We really wish Siddharth Chopra has found love this time.