Priyanka Chopra Jonas and Nick Jonas tied the knot on December 1 and 2, 2018, in two lavish weddings in Jodhpur, Rajasthan. More than 200 people were invited for the grand wedding celebrations at Umaid Bhawan Palace in Jodhpur. On December 1, Priyanka and Nick took their wedding vows as per Christian traditions which was officiated by Jonas' father, Paul Kevin who is a pastor. And on December 2, the lovebirds took their saat pheres in a Hindu traditional shaadi. (Also Read: Priyanka Chopra's Delhi Reception 'Millions Of Sparkle' Lehenga Took These Many Hours To Complete)

After the grand wedding ceremonies in Jodhpur, the newly-wedded couple, Priyanka Chopra Jonas and Nick Jonas hosted a wedding reception at Taj Palace Hotel, New Delhi. The bash saw an amalgamation of all the big shots including people belonging to the business, politics and fashion world. Complementing each other in blue and ivory outfits, Nickyanka looked a million dollars! Priyanka and Nick will host a star-studded reception in Mumbai for their friends from the industry on December 20, and it will be graced with the who’s who of the Bollywood. The wedding invite has found its way on social media. Take a look at the digital invite:

But before the star-studded one, Priyanka and Nick are hosting another reception for their extended family and friends at JW Marriott, Mumbai. For the wedding reception, Priyanka is looking stunning in a royal blue coloured off-shoulder lehenga which she paired with diamond jewellery and Nick is looking dapper in a suit. Here's their first look:

The wedding is an emotional moment for every bride and groom, especially for the bride as she walks down the aisle to embark the new journey of life with her prince charming. A video from Nickyanka’s wedding, which had spread like wildfire on the internet, gave a glimpse of one of the most memorable moments from this celeb couple’s life. (Also Read: Priyanka Chopra And Nick Jonas Will Go To An Exotic Location For Their Short Honeymoon)

Both Nick and Priyanka were all teary when the latter was walking down the aisle and the former was waiting for his lady-love to make her, his forever! Sharing details about her wedding with an international magazine, People magazine, our now ‘videshi girl’ stated, “It was all tears. All tears.” 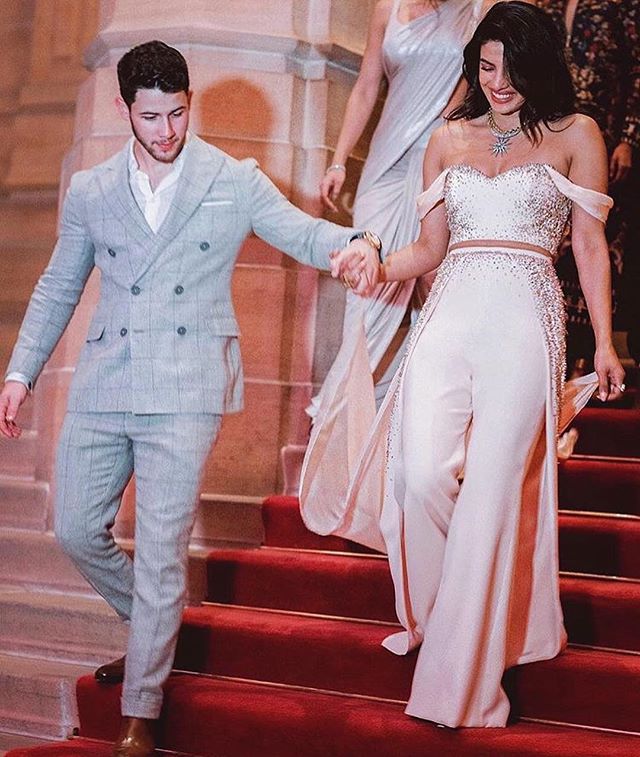 Priyanka and Nick’s wedding story at People magazine had it that PeeCee was holding a ‘bouquet of hyacinths and tuberoses designed by Jenya Flowers (NYC)’ while walking down the aisle. Sharing her experience about the same, PeeCee had shared, “I could not hold it in. I think I was nervous and scared. But as soon as the curtains opened, and I saw his face it was just like everything settled and I knew I was making the best decision of my life.” 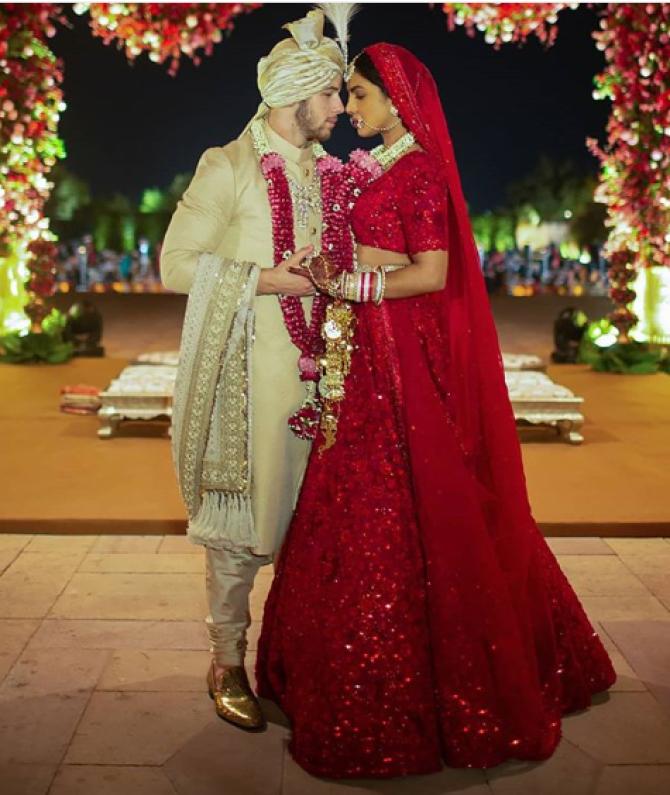 The newbie bride further shared, “Every girl dreams of being a princess on her wedding day. But I never had a plan about what I wanted it to be.” The gorgeousness had two different types of weddings. Speaking about the same, she revealed, “Being able to have two big weddings, in India, with our closest family and friends was unbelievably special. I love that our wedding was a religious mash-up. We took beautiful traditions that we both grew up with and personalized them in a way that made sense for us. It’s been incredible to find the commonalities between our beliefs and figuring out how to blend them in a respectful and meaningful way.” 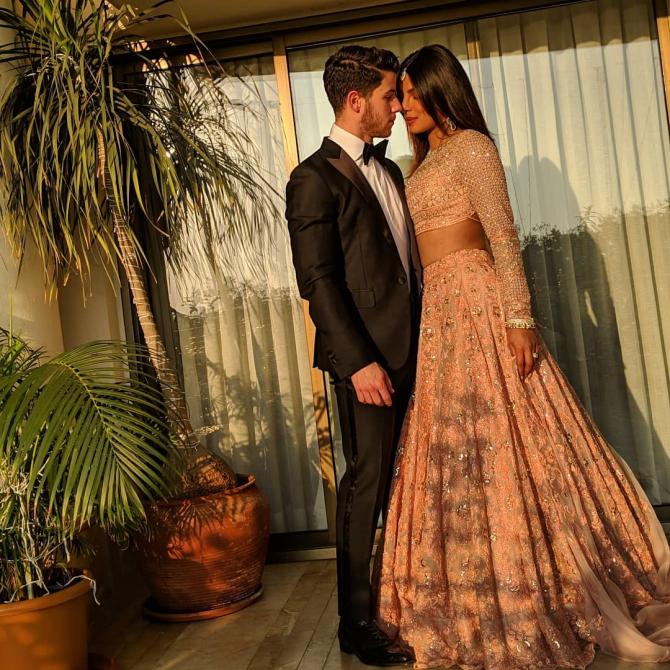 During a recent interview with Spotify’s The Rewind, Nick Jonas talked about having babies with Priyanka Chopra Jonas Jonas and starting a family. He was quoted as saying, “I definitely want to be a father someday. I think that’s a real dream, and I think I have had to grow up real quick.” The American singer added, “With that, you could look at it two ways, you could say that was unfair, or you could say it has given me some real perspective at an early age. And I have seen a lot of life at an early age and I hope to be able to share that with a kid of my own someday.” (Also Read: Priyanka Chopra Changes Her Name After Wedding With Nick Jonas, It Shows Her Love For Husband) 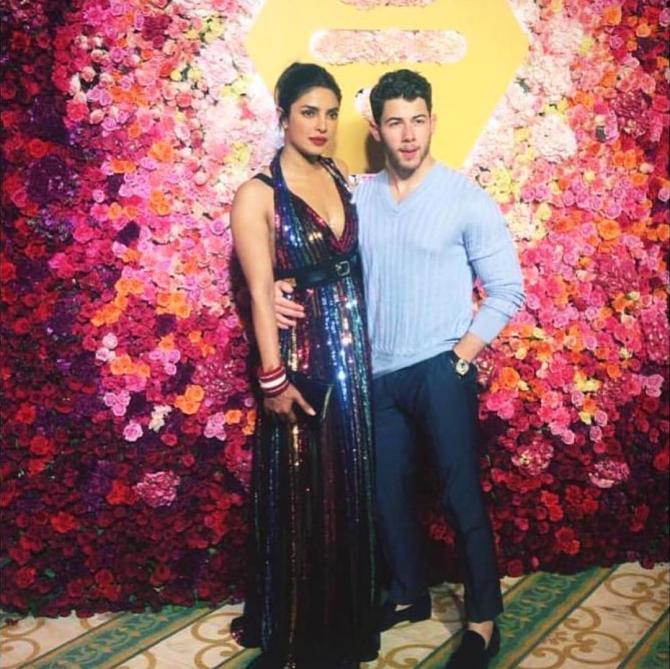 Stay tuned with us for more updates on Priyanka and Nick’s wedding receptions! 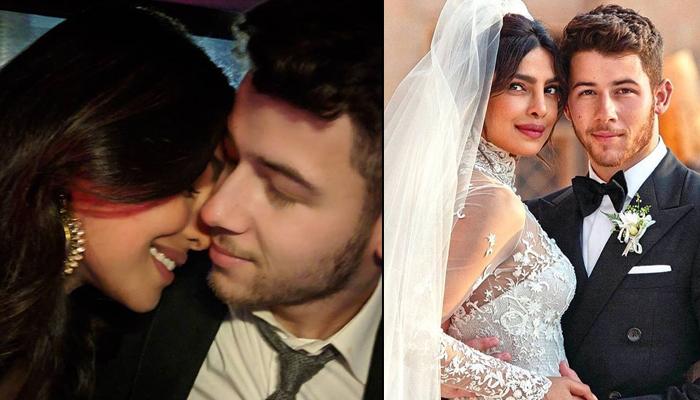 Priyanka Chopra or now we can say, Mrs Jonas has been grabbing the headlines for the past one week, courtesy her big fat wedding with the love of her life, Nick Jonas. Priyanka and Nick exchanged their wedding vows on December 1, 2018, and following their Christian wedding was the