Priyanka Chopra Jonas had faced brutal racism in the US when she had gone there for studies. Despite all odds, she is thankful to the US for giving her Nick Jonas as her husband. Details inside!Â Â

The global star and desi girl, Priyanka Chopra had met Nick Jonas at the Met Gala outing in 2017, sparking the rumours of their dating. It was in August 2018, when Priyanka had announced the news of her roka with Nick Jonas. She had turned into Priyanka Chopra Jonas on December 1-2, 2018 as she had gotten married to the love of her life, Nick Jonas at Umaid Bhawan Palace as per both Christian and Hindu rituals. Since then, the couple has been giving relationship goals to the millennials, and Nick Jonas has turned into our favourite jiju. (Also Read: Kapil Sharma Talks About Daughter, Anayra Sharma And Why She Doesn't Have To Wake Him At 4 A.M.)

However, this was not the only experience she has had of the US. The country on one hand has given her respect and the love of her life, on the other hand had given her the biggest trauma of her life. The actress was subjected to racism because of her dusky skin tone, when she was 13-years-old. Priyanka had faced racist behaviour and was called names when she had gone to the US for her studies. The racism had marked a dent on her self-esteem, but probably that had boosted her to conquer the world too. Despite all odds, Priyanka is thankful to the US for giving her Nick Jonas as her husband. In an interview with Pinkvilla, Priyanka Chopra Jonas talked about her bitter sweet experience with the country. She talked about how once the country had taken a lot from her and how the same country has given her respect and her husband, Nick Jonas. In her words, “There was one time when America took so much from the country and I was like, 'Get lost, I'm going back to India', because I felt too small as a teenager. But it was also because I was insecure. So now when I went back this time, I was a lot more secure in my own feet. The country has given me respect, my family, my husband, my home and a different career that I started in my 30s." 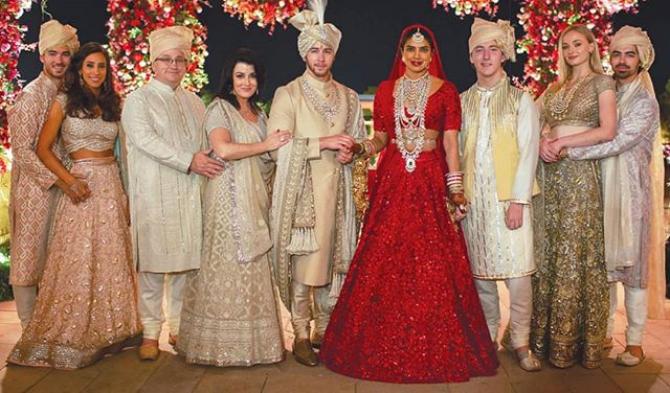 Priyanka also talked how her struggles did not bow her down and she chose not to play the victim card. She said, “Of course, my struggles were real; everyone's is. But I choose not to talk about it or be a victim of those situations. I have always learnt one thing from my dad. When you fall down, you pick yourself up and move on. So I keep thinking about the next big thing I could do, next thing I could learn, the next glass ceiling I could break." 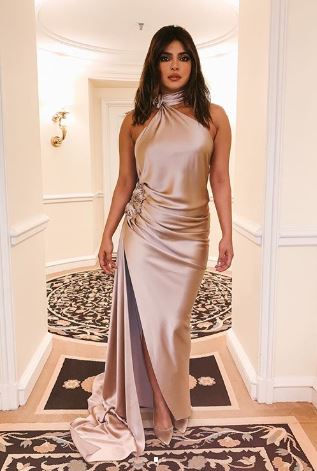 Well, we totally agree with Priyanka, Nick has come like a blessing in her life. He is a true gentleman that we all dream of. To quote one incident of his gentleman nature, a few days back, a video of Priyanka and Nick was doing the rounds on social media and had made us jealous of them all over again. A fan page of Priyanka had shared a throwback video of the couple from Cannes 2019. In the video, we could see the couple on a red carpet in their extravaganza outfits. Priyanka could be seen wearing a beautiful white tube gown with a long trail by designer, Georges Hobeika. Nick like a doting husband had helped his wife, Priyanka with her dress, and then had held an umbrella for his wife as it had started to drizzle. (Don't Miss: Ayushmann Khurrana Reveals Whom He Can't Live Without, And It's Not His Wife Tahira, Parents Or Kids)

Priyanka and Nick are indeed made for each other. In an interview with the Harper Bazaar, Priyanka had talked about the reason behind dating Nick. She had revealed that it was his music video, Close, which had made her fall in love with him. Talking about the same, she had stated, “My life has always been pretty musical, and now with Nick, it's completely musical. I decided to date him after seeing the video for 'Close,' where his shirt comes off. So that song is my favourite." (Recommended Read: Chahatt Khanna's Daughter, Zoharr Buys Birthday Gift And Sings Birthday Song For Her Mommy Dearest) 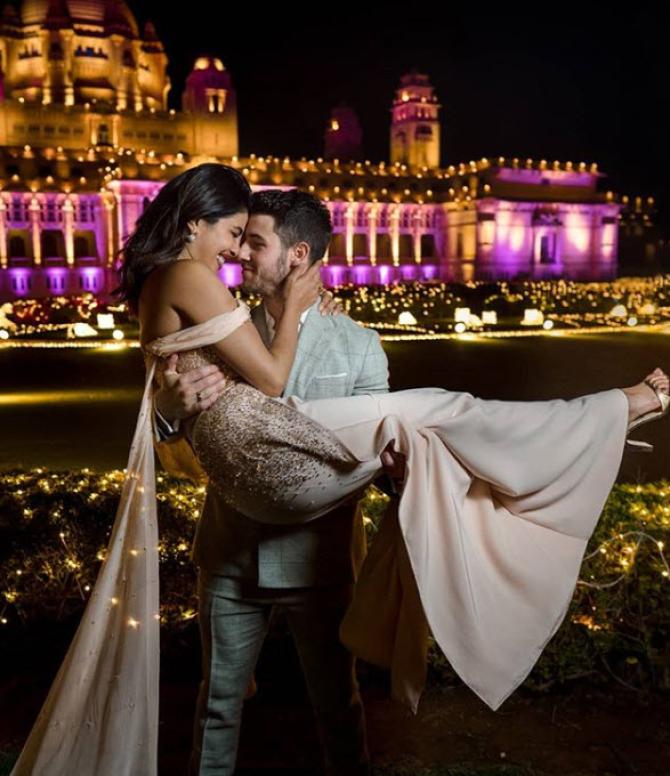 We drool over Priyanka and Nick Jonas’ chemistry! What about you? 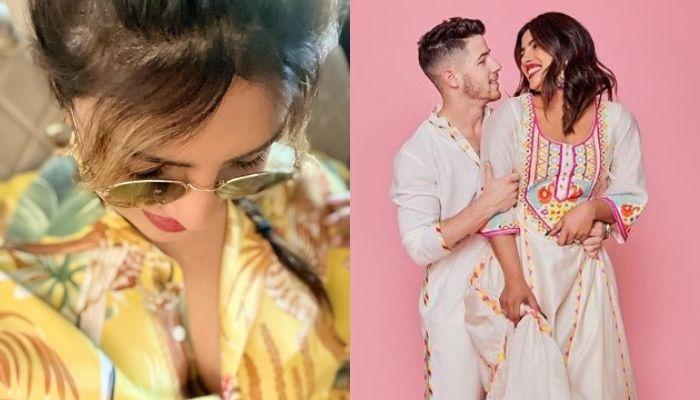 Becoming a mom comes with lots of responsibilities. No matter whether you welcome your baby biologically or via surrogacy or just adopt one, the child brings a warm feeling in the lives of his/her parents. Desi Girl of Bollywood, Priyanka Chopra Jonas had welcomed her first baby via surrogacy and