Priyank Clarifies About His Relationship Status, But Divya Have Some Questions For Him To Answer

Priyank Clarifies About His Relationship Status, But Divya Have Some Questions For Him To Answer

The controversies of the Bigg Boss series are such disputes that don’t end soon. It seems like everything said in the house makes headlines and it continues till the season ends.

Recommended Read: After Calling Off Their Marriage, Bandgi's Boyfriend Dennis Makes The Most Unexpected Remarks

Such is the case in this season of Bigg Boss as well. The contestant of the show Priyank Sharma is in the limelight for his link-ups. First, it was Priyank and Vikas link-up which turned out to be untrue when Hina Khan made a statement about Priyank still having feeling for his ex Nikita Nagpal who is residing in the US. Before Bigg Boss season 11, Priyank was a part of another reality show MTV Splitsvilla X where he got involved with another contestant, Divya Agarwal. The couple met on the sets and fell in love. But now after all the controversies surrounding Priyank from the Bigg Boss house, it seems like Priyank-Divya love story was a scripted one. In an exclusive interview with SpotboyE, Divya shared her feelings and talked about the whole issue. On how she felt about Hina’s remark on Priyank having feelings for Nikita, she said:

“I’m shocked! Though honestly, I knew about this girl. Priyank had told me that he was dating a girl for 10-12 years. And I understand that they would have been very close. He’s only known me for 10 odd months. He told me that he was in touch with his ex-girlfriend. It never bothered me.” Does she feel like Hina and Hiten were trying to create conflicts between the couple? She answered:

“Not at all! Hina and Hiten met Priyank on the show. How would they know even about his ex-lover? Obviously, he told them about her. That's how they know of her existence. It’s a shame that he’s still talking about her, not me. I would have appreciated if he would have told them about me. He could have said, he was dating this girl and is still friends with her but he’s in a relationship with me now. His statements make me worried. Before entering Bigg Boss, he told Colors that he’s dating me. But now, he’s discussing his ex. He’s giving the media and everyone else, fake vibes. Meanwhile I have always maintained that I am dating Priyank, and that’s it.”

Also Read: Abhishek Bajaj Gets Engaged To His Girlfriend; Both Get Wedding Date Tattooed On Their Fingers About the rumours of them parting ways, she remarked:

“It’s not true. But honestly I would have been happy if it was true. One time he mistakenly unfollowed me on Instagram, and it became a big news piece.”

On why she didn’t meet Priyank when he came out of the house, she said:

“It was Diwali and we were busy celebrating the festival with our respective families. After Diwali, I went to China for my dance recital. And once I got back, he was already back in the house for his second innings. I think that was another reason that made people believe that we have parted ways.” 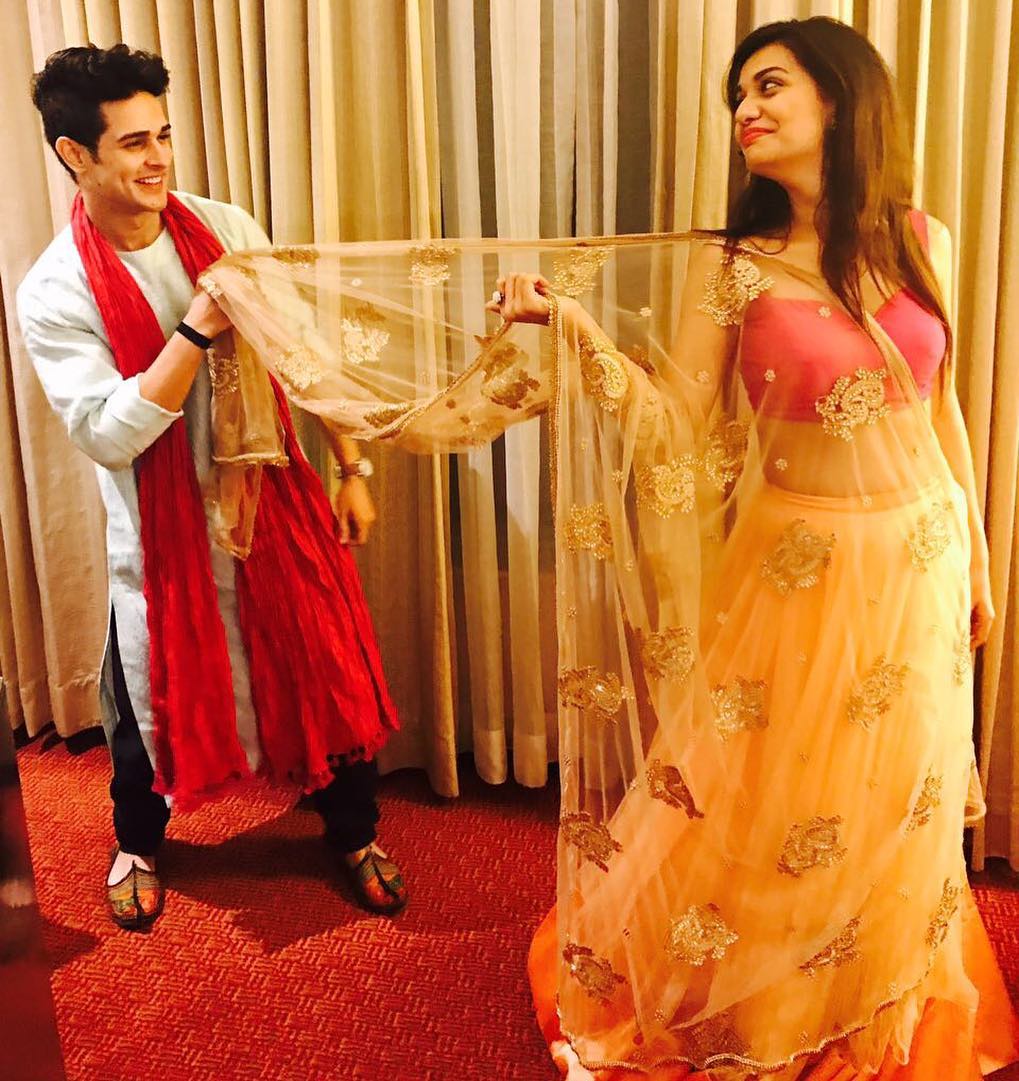 Is she familiar with this side of Priyank that everyone is getting to see in the house? She asserted:

“Never, the Priyank I knew would support positive things and mind his own business. My parents are also shocked to see him behave in this fashion. My dad was keen to know the person who I’m dating, hence he follows the show. But he is upset because of Priyank’s behaviour. Right now I am answerable to my parents, friends, media and fans. I am honestly a big fan of Divyank (fan name for Divya-Priyank). Seeing the moments we have shared on-screen, I fell in love with him again and again. I’m so attached to him, it disturbs me to see his drama on Bigg Boss. I have never seen this side of Priyank. If this is his true self, it’s scary. If this not his true self and it’s a strategy that he’s adopted, I want to say that it’s a very stupid strategy. An immature move!” 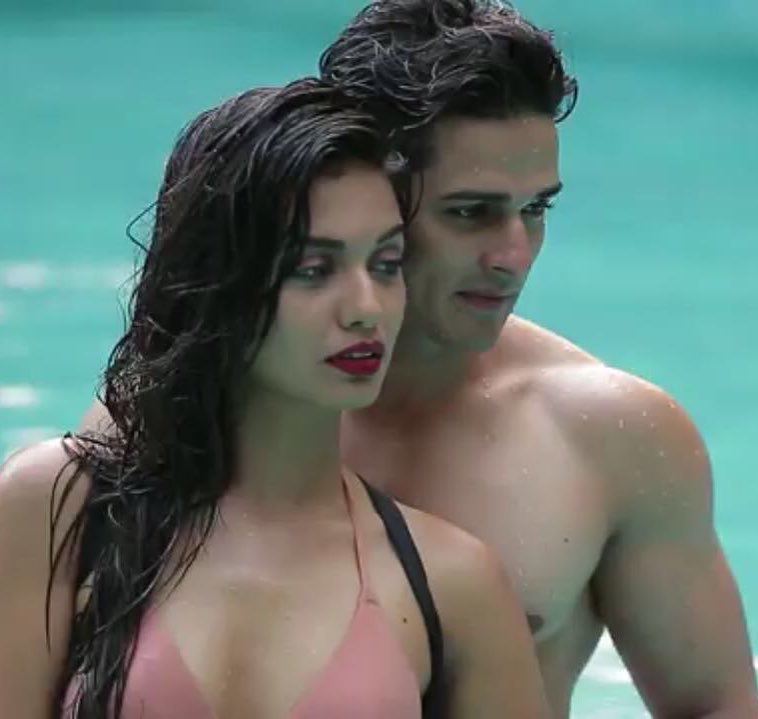 If she gets a chance to meet him outside the house, what will she do? She said:

“I will first calmly ask him what happened? Depends on his answer. If he’s rude or violent, he will have it from me. People have seen my good side and bad side on Splitsvilla. They may again get to see my bad side, unfortunately for Priyank, this time he will be at the receiving end. I could probably take special training from Shilpa Shinde to teach Priyank a lesson.” On Priyank and Vikas issue, she said:

“I can’t seem to understand why. Priyank is acting so differently on the show. He’s acting weird with his friend. At the same time, he is getting close to Benafsha Soonawalla. Her boyfriend, Varun Sood is getting insecure and calling me, asking, what the hell Priyank is upto. I’m calming Varun all the time. There is already a ruckus outside the house. Brotherhood is also at stake with Vikas. I desperately want to ask Priyank, “What’s wrong with you?” All I know is that I want to talk to Priyank on camera, as our love story also started in front of the camera. And right now not just me, everyone wants to know why Priyank is behaving in this fashion.” 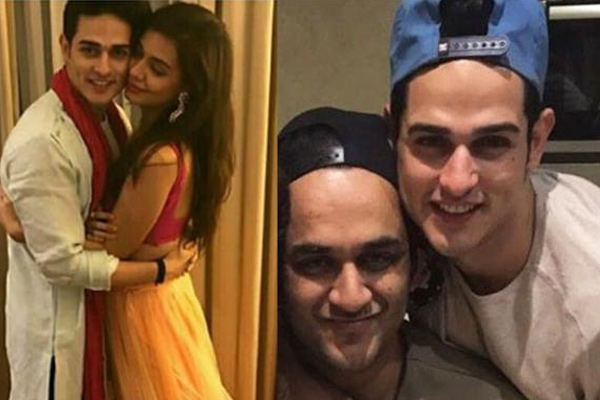 Reminiscing about Spiltsvilla, she talked about her journey of the show:

“Splitsvilla was like a dream come true for me. Because it doesn't happen easily that you find your Mr Right on a reality show. I have followed the show for 10 years. I hardly see the couple stick it out after the show. I was quite fortunate that I had a partner who had genuine feelings towards me, and me for him. But now I don’t know...” 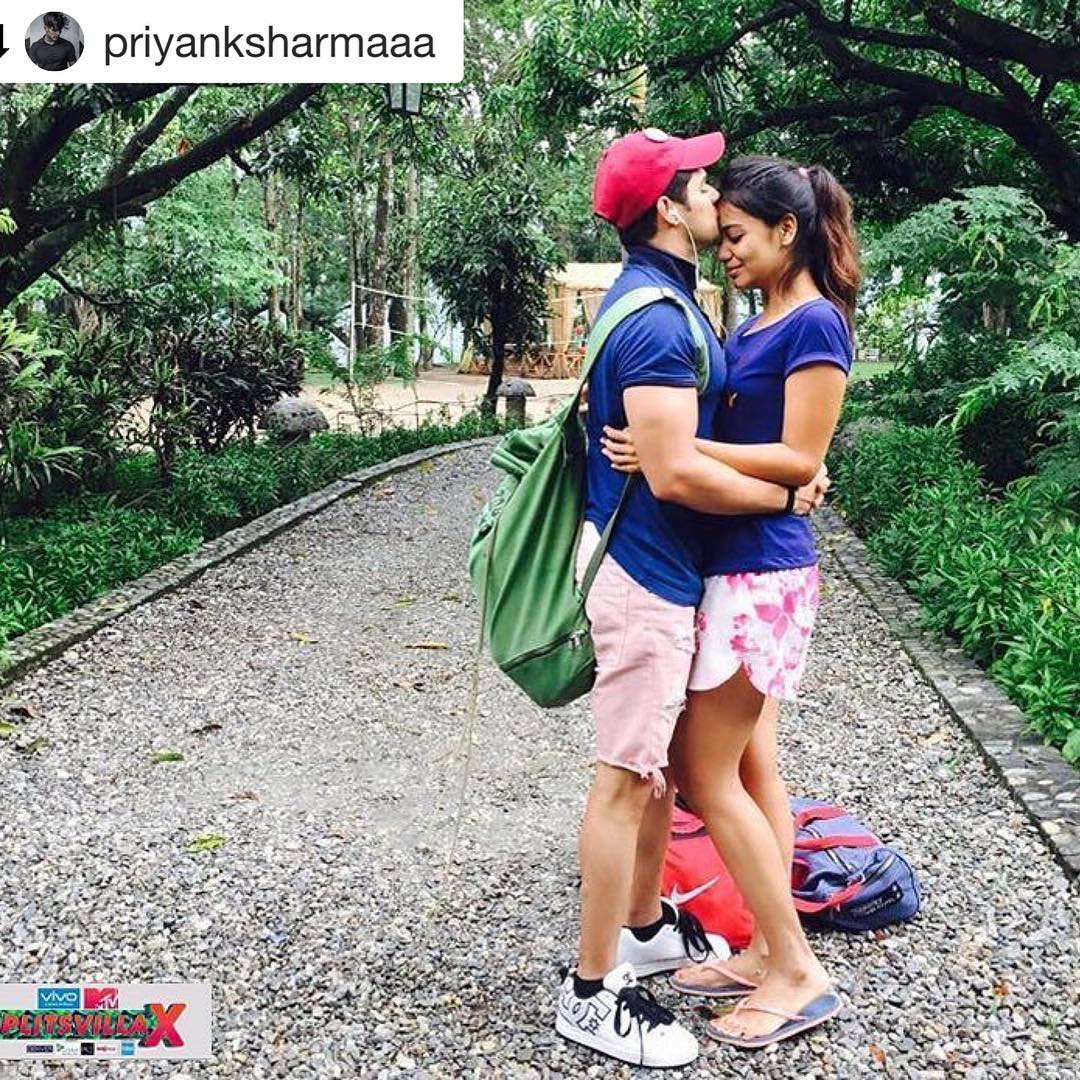 Do you feel like being victimised here? She remarked:

“I do feel like that. Earlier I used to feel so lucky but right now I feel stupid because I don’t know if what I had was true love. I dont know what to call it. Right now it’s taking a toll on my mental and emotional well being.”

On why she is defending Priyank after all the revelations done on the show, she said:

“This is how my upbringing is. I have been taught to support the person you love, no matter what. If the statements he made are true, it is very disturbing” Divya has been posting pictures on Instagram and writing about her relationship journey with Priyank. Take a look at the picture: 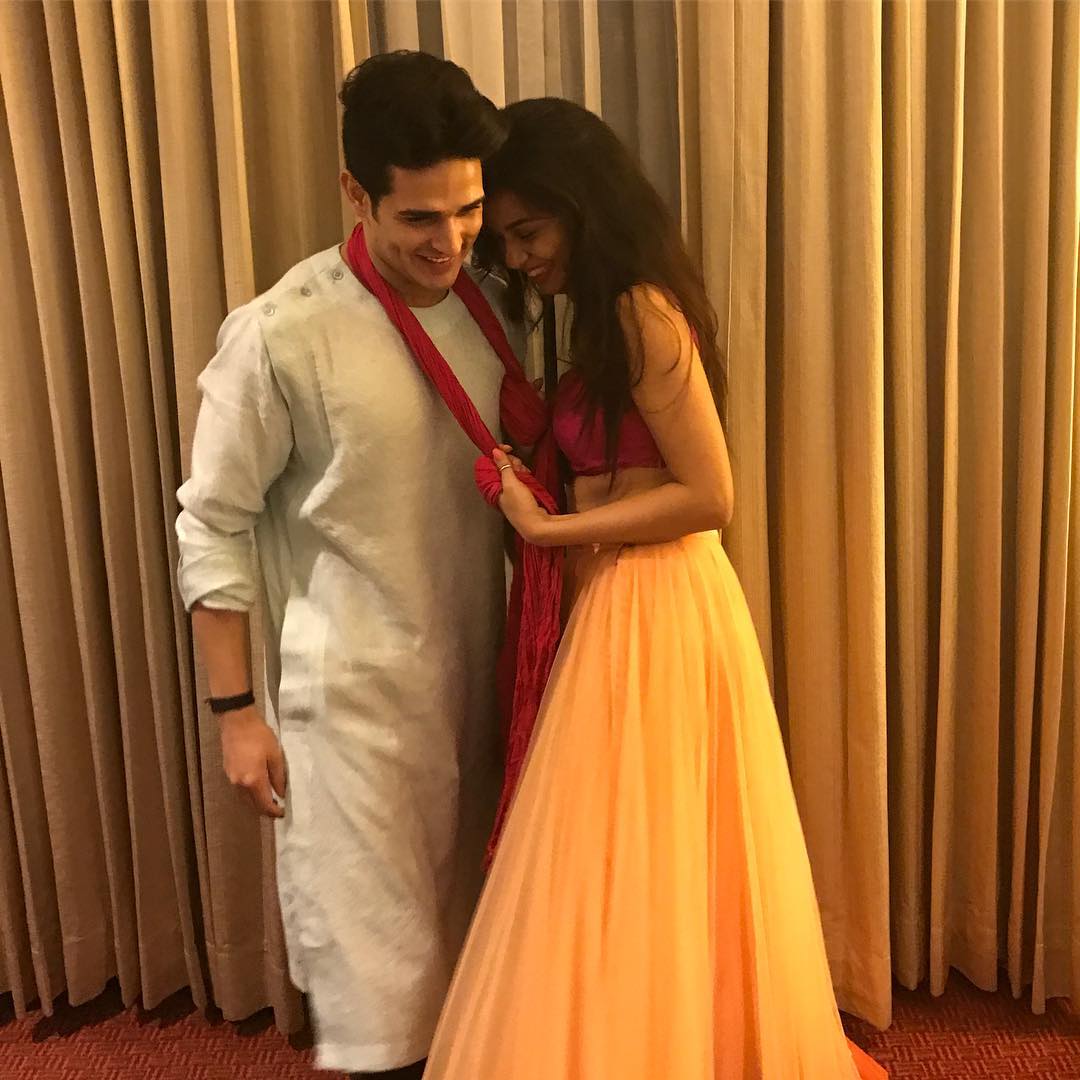 This is what she captioned:

Look at this picture that she posted yesterday (November 9,2017): And she captioned it this:

“Writing letters, running out of the villa in the night, hiding in bushes and crying.. waving torches across the river with tears wishing good night... Forget about us.. entire crew had cried when I left the show... my love story was a rollercoaster for me... never experienced anything like this before... call us whatever I'm glad we made it real.”

Now, in the latest update from the Bigg Boss house, there is an unseen clip shared on Voot, in which Priyank has made some clarifications about how many girlfriends he had in past. Benafsha Soonawala says he has four, but he clarifies that he is in a relationship with only Divya and Nikita is his childhood friend. 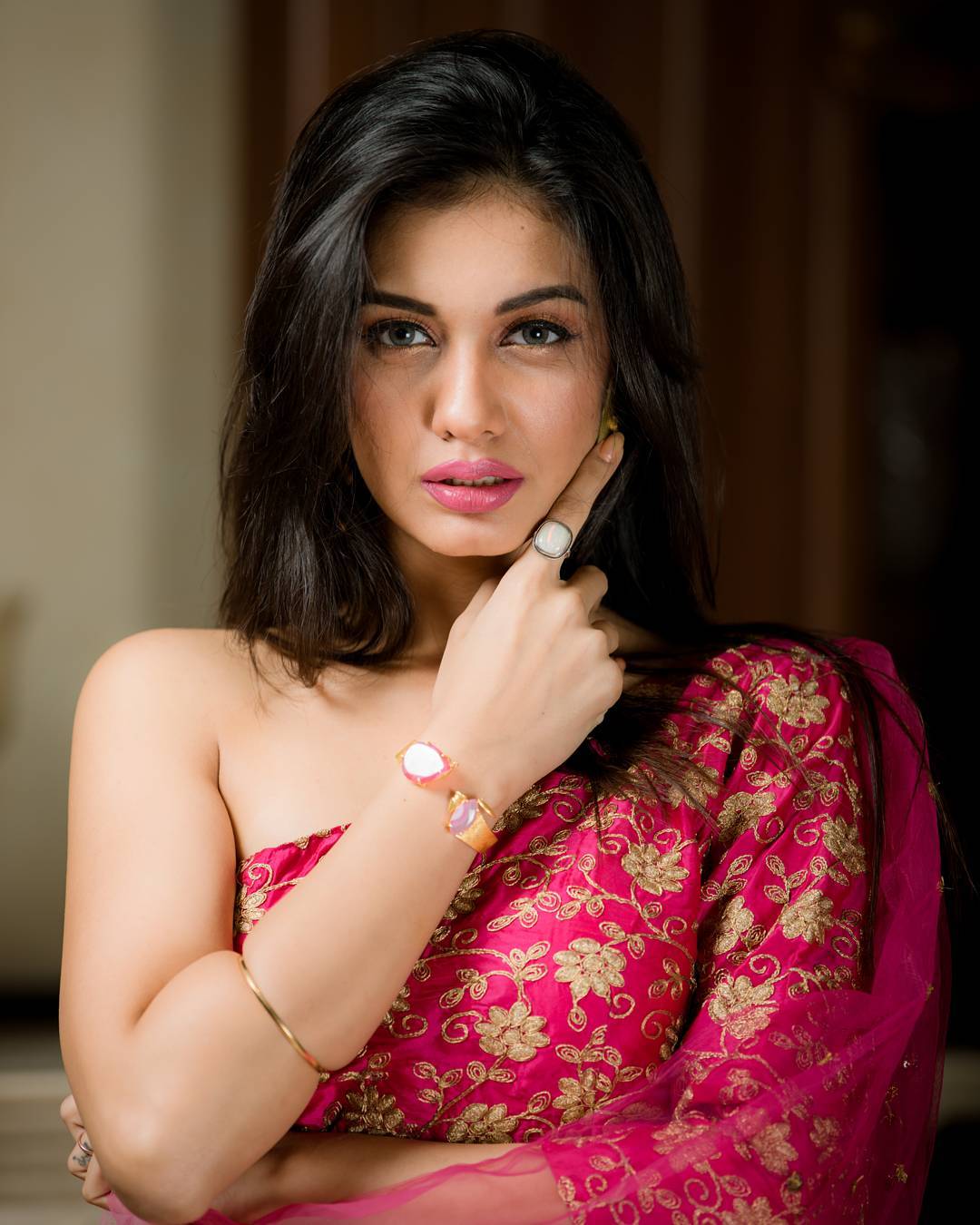 “It’s a good thing, but I still have to ask him some questions. He has said things like ek saal se chal raha hai, aati jaati rehti hai, photo nahi laya, warna poora time dekhte rehta. So I still don’t know what was that and for whom was that. He has been with me since one year and was in a relationship with that girl for ten years, so I don’t know what is wrong with him.”

Finally, in the Bigg Boss house, Priyank has given clarifications about his relationship status. But still, there are many questions in Divya’s mind that are left unanswered. And for that, we all will have to wait for him to come out. Stay tuned with us for more updates from Priyank-Divya issue and other Bigg Boss house contestants.

NEXT READ: Shahid And Mira Say The Most Adorable Things About Their Marriage And Love