Priya Rajvansh Was In A Live-In Relationship With Chetan Anand, His Sons Were Accused Of Her Murder

'Heer Ranjha' fame, Priya Rajvansh, who made her debut in the film industry with 'Haqeeqat', was murdered by her mentor and lover, Chetan Anand's sons, Ketan Anand and Vivek Anand.

Fame is a risky thing! They say life of celebrities is transparent, like an open book, which is why it also brings along a lot of jealousy and envy among the people around them. There are a lot of actresses, who had ruled the silver screen with their commendable acting, powerful on-screen presence and gorgeous looks, but their real-lives weren’t as content as their professional lives. Such was the story of Priya Rajvansh, who made her debut in the Hindi film industry with Haqeeqat in 1964, but her own Haathon Ki Lakeeren weren’t in her favour as she was murdered by her mentor and lover, Chetan Anand’s sons, Ketan Anand and Vivek Anand. (Also Read: Rare Photo Of Sharmila Tagore And Mansoor Ali Khan Pataudi From Randhir Kapoor And Babita's Wedding)

Born in Shimla, Priya Rajvansh had passed her intermediate from St. Bede's College, Shimla in 1953, and joined Bhargava Municipal College (BMC). During this period, Priya had acted in several English plays in Shimla's noted Gaiety Theatre. Later, she had joined the prestigious Royal Academy of Dramatic Art (RADA) in London, UK and a picture clicked by a photographer there somehow reached the Hindi film industry. The 22-year-old Priya was then introduced to Chetan Anand, brother of veteran actors, Dev Anand and Vijay Anand, in 1962. Two years later, Priya debuted with Chetan’s film, Haqeeqat and not only did the movie won various accolades, but their relationship too, saw a new beginning.

Anushka Sharma And Virat Kohli's Unseen Pictures With The Kohlis Shared By His Sister, Bhawna Kohli Chetan Anand had just separated from his wife, Uma Anand and found solace in Priya Rajvansh, who was 15 years younger to him. Post Haqeeqat, Priya not only acted in Chetan’s films but was also involved in other aspects of the movie like scripting, lyrics, and post-production. While Priya only starred in Chetan’s films, he too, never made a film without her as a central character. Haathon Ki Lakeeren was the last film of Priya which was released in 1986. Chetan had married his first wife, Uma Anand in 1943, however, a few years and birth of two sons later, they had separated because of incompatibility. And because the law didn’t permit divorce by mutual consent back then, Chetan and Uma never got divorced. Chetan had later fallen for Priya and was reportedly in a live-in relationship with her. After Chetan Anand’s demise in 1997, Priya Rajvansh inherited a part of his seaside bungalow at Ruia Park in Juhu, along with his two sons, Ketan Anand and Vivek Anand. In the year 2000, Priya was found murdered in her bungalow and police had charged Ketan and Vivek along with their employees Mala Choudhary and Ashok Chinnaswamy with her murder. After two years of trial, the four accused were convicted of the crime and given life imprisonment for Priya’s murder. (Also Read: When Govinda Revealed Why He Had 'Played Dirty' With Ex-GF Neelam By Hiding His Marriage With Sunita) 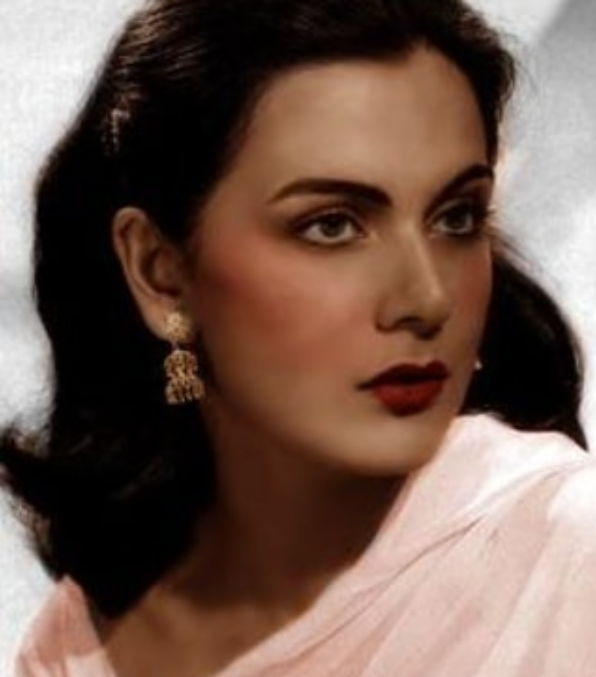 In a 1960 interview with Cineplot, Priya Rajvansh had talked about her wedding plans, why she rejected marriage proposals from eligible bachelors and was quoted as saying, “There were several proposals from eligible bachelors for my marriage, but I have rejected them all for the present, since I am longing to become a successful screen artiste. I am sure I can become one, because I am determined about it. The experiences I have gained in London have given me enough courage to make an independent living. Marriage can wait. Fortunately, I have understanding parents, who have great faith in me. I have a one-track mind. How to become a successful movie star? That is the question which is now engaging my attention. I hope all of you will help me to become one.” Priya Rajvansh’s close friends, recalled their memories with her and how was she in real-life. According to the Filmfare, actor, Geeta Kak had said, “I first met her when she was shooting for Heer Ranjha. I was shooting on the adjacent set. I found her different from other actresses. She was sophisticated. She would open up slowly and once she did she became very affectionate. Since I was from theatre we used to meet often at Kaifi saab’s (Azmi) house. But it was only towards the later part of her life that we got close. Before that she was just an acquaintance. I also found her to be lonely, even when Chetanji was around. It was more evident after he passed away. Yes, she was shaken by his death. She loved meetha. Two days before she died we took her to the restaurant Shatranj on Pali Hill where she had one dessert before dinner, one after it. Moin even joked, ‘I will put a chilli in it, so it won’t be called sweet anymore’. She also had a floating brownie that night! Her end was tragic.” Her scriptwriter friend, Moin Beg had revealed the story of how Chetan Anand found his Heer in Priya Rajvansh and their plans to get married. Moin had said, “So, she starred in Haqeeqat (1964) instead. Eventually, Chetan saab separated from Umaji. And by the time Heer Ranjha (1971) was completed, Priya and he were close. She was in her 20s when they first met, he was 16 years her senior. After Heer Ranjha, Priya was offered films by top filmmakers including Raj Kapoor and Satyajit Ray, but she didn’t move beyond Chetan saab. Slowly, she began writing scripts for him. She even co-wrote the scripts of Hanste Zakhm and Kudrat. Yes, ‘marriage’ did cross her mind. ‘Let the boys grow up’ was Chetan saab’s stance. He kept putting it off. Later, she accepted the situation because the two had become great friends. She considered him her mentor.” (Also Read: When Boney Kapoor Confessed His Love For Sridevi To Ex-Wife, Mona Shourie And Admitted His Obsession) For the uninitiated, Chetan Anand’s wife, Uma Anand and their son, Ketan Anand had written a book on him, Chetan Anand: The Poetics of Film which released in 2006.