Bigg Boss might be the most controversial reality show full of fights, twists and drama, but for some contestants, it played the role of a Cupid. While some love stories ended with the show, some have taken the next level in their love chronicle. Belonging to the latter category is Bigg Boss season 9 contestants, Prince Narula and Yuvika Chaudhary. Prince and Yuvika kept their relationship a secret for a long-time until January 2018 when the lovebirds announced their engagement. (Also Read: Yuvika Chaudhary Looks Stunning On her Mehendi Ceremony, Her Heena Design Has Their Proposal Story)

Though Prince had already proposed Yuvika with a gorgeous ring, the couple formally celebrated their engagement on October 10, 2018. As we reported to you late night about Yuvika’s fun-filled mehendi ceremony, the couple had their engagement soon after the mehendi function. While the bride-to-be Yuvika looked like a princess in a mehendi green coloured lehenga with floral jewellery accentuating her look, the groom-to-be Prince looked dashing in an ivory coloured kurta pyjama with 'P' embroidered on it. 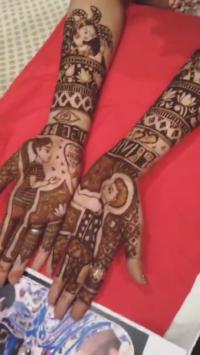 PriVika’s (as their wedding hashtag says) mehendi function was followed by their ring ceremony and the couple looked ethereal in together. While Prince opted for the same attire, Yuvika changed into a beautiful red princess lace lehenga with minimal jewellery and make-up. As she walked down the stairs, it seems like a princess is walking straight out of heaven. No, we aren’t exaggerating, you can have a look at the pictures and videos to believe: 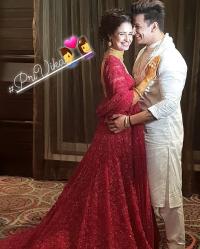 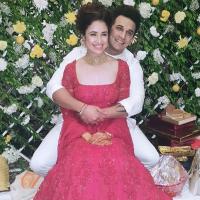 Now, don’t you agree with us? But do you know that Prince and Yuvika had a huge fight just before Prince proposed her? Well, let’s hear it from the horse’s mouth to know the truth, “We were fighting like mad until yesterday. I had no clue he was secretly planning to propose to me because he was behaving so weird in the past few days. He was arguing on silly things, initiating random fights. So I was like okay then I don’t see a future with you, I think we are not meant to be together. But despite saying this, Prince refused to calm down. Instead, he too seconded my thoughts and was like Ya I think our relationship is going nowhere…we should end it. I was shocked to see this side of Prince. I even told him you have changed, you are not the same Prince I have known all these years.” (Also Read: Yuvika Chaudhary And Prince Narula's Pre-Wedding Ceremonies Begin On An Auspicious Note With Havan) 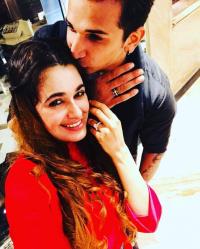 And reminiscing how the love of her life planned a surprise proposal for her, Yuvika shared, “For a second, I was speechless when I saw Prince with a ring in his hand. I didn’t know how to react because my frame of mind was not right. But the moment I looked into Prince’s eyes, I had to melt down. He is a sweetheart and full filmy. I think the fact we both are so filmy keeps us together. I love him and I just pray that he stays like this forever.” 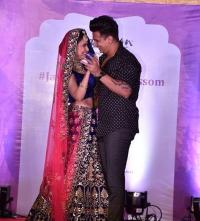 Adding further, the bride-to-be had stated, “Prince would always try different ways to propose to me. That day also he did the same by going down on his knees and all but the ring exchange only happened yesterday and I am so glad it finally happened. He is the best thing that has happened to me.” Prince had also tattooed Yuvika’s name in Hindi on his back, and speaking about the same, Yuvika was quoted as saying to the Indian Express, "It was the most beautiful surprise for me when I saw the tattoo. And I must add that I completely loved it." (Also Read: After Changing His Name To Prince 'Yuvika' Narula, Prince Tattoos Yuvika's Name On His Back)

Stay tuned with us for more updates on Privika’s wedding. 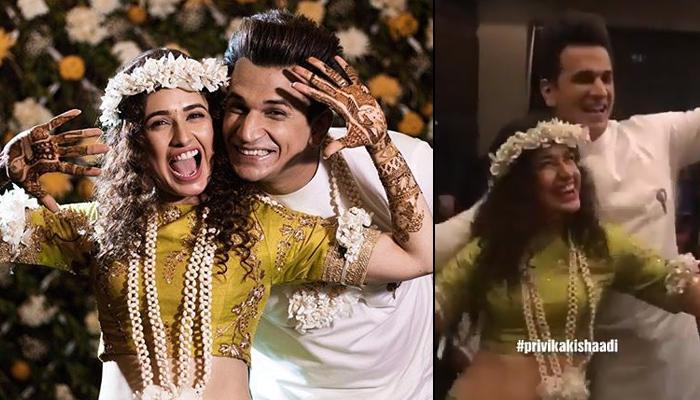 And it’s almost the time for Prince Narula and Yuvika Chaudhary! After dating for a long-time, Prince and Yuvika are finally getting married on October 12, 2018, at the Sun n Sand hotel in Juhu, Mumbai. The wedding festivities are already going on in the full swing, as it started