Preity Zinta has always been regarded as one of the top most actresses in Bollywood, owing to her superb acting skills and her cute-dimpled looks. After making her debut in 1998 with Dil Se, Preity has never looked back. Even though, she isn’t seen in movies anymore but she is a power entrepreneur and currently co-owns the IPL Team of Punjab- Kings XI Punjab. (You May Like: Priyanka Chopra's Brother Siddharth Chopra's Wedding Was Called Off, Before Roka With Ishita Kumar)

Preity Zinta got married to her Prince Charming, Gene Goodenough in Los Angeles. When? Well, that does all the trick! Preity and Gene got married on February 29, 2016, and guess what? They have literally not been able to celebrate their first wedding anniversary even after 4 years of marriage! After all, the month of February will see the light of 29th in 2020. Sharing the same, Preity wittily took to Instagram, posted the following picture with her husband, and wrote, “That look on our faces as we look at the Calendar & realise we have to wait another year to celebrate our #weddinganniversary.” LOL! We can feel your pain Preity. Preity’s marriage to Gene had come as a surprise to many, after all, she had shifted her base to Los Angeles to live with him, taking a complete departure from her acting career. Last year, in 2018, she finally added her husband’s surname to her name and made it Insta-official. The actress also tweeted the reason behind the change of her surname. She wrote, "After marriage, I decided to take the G from my husband’s name. One G is Goodenough for me. Ting!" Sharing a snapshot of the tweet as well for you all to see:

It must be noted here that right after her marriage in 2016, a fan had also asked her if she has any plans to change her surname. Replying to the same, Preity had tweeted, “I guess I have been my father’s daughter longer than I am someone’s wife so technically not changing right now.” (Also Read: After Erica Fernandes, Parth Samthaan Spends 'Mama' Moments With His Adorable 1-Month-Old Niece) 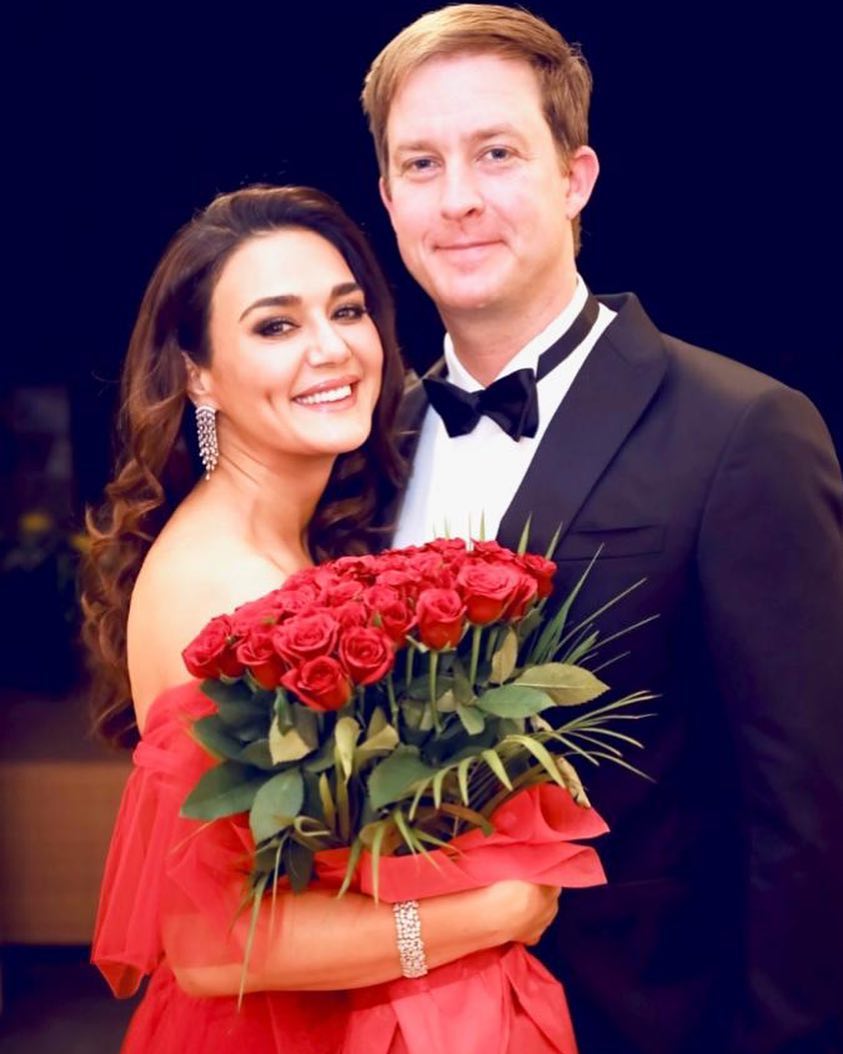 The Salaam Namaste actress is very active on social media and she had also once shared with her fans about her first meeting with Gene. She had revealed, “I met him in Santa Monica in Los Angeles. Then we dated for five years and we finally got married.” She jokingly added, “I am not going to tell you the details.” In a throwback interview with The Indian Express in 2017, talking about marriage and women, Preity said, "Women, in general, are superwomen. They take care of the home and work. They are very few men who do that. For me it is very simple, I am married, working and very happy. I am lucky that I am married to a person who actually pushed me into doing a movie. I thought I didn’t want to do any more movies and I moved to the business side of life." 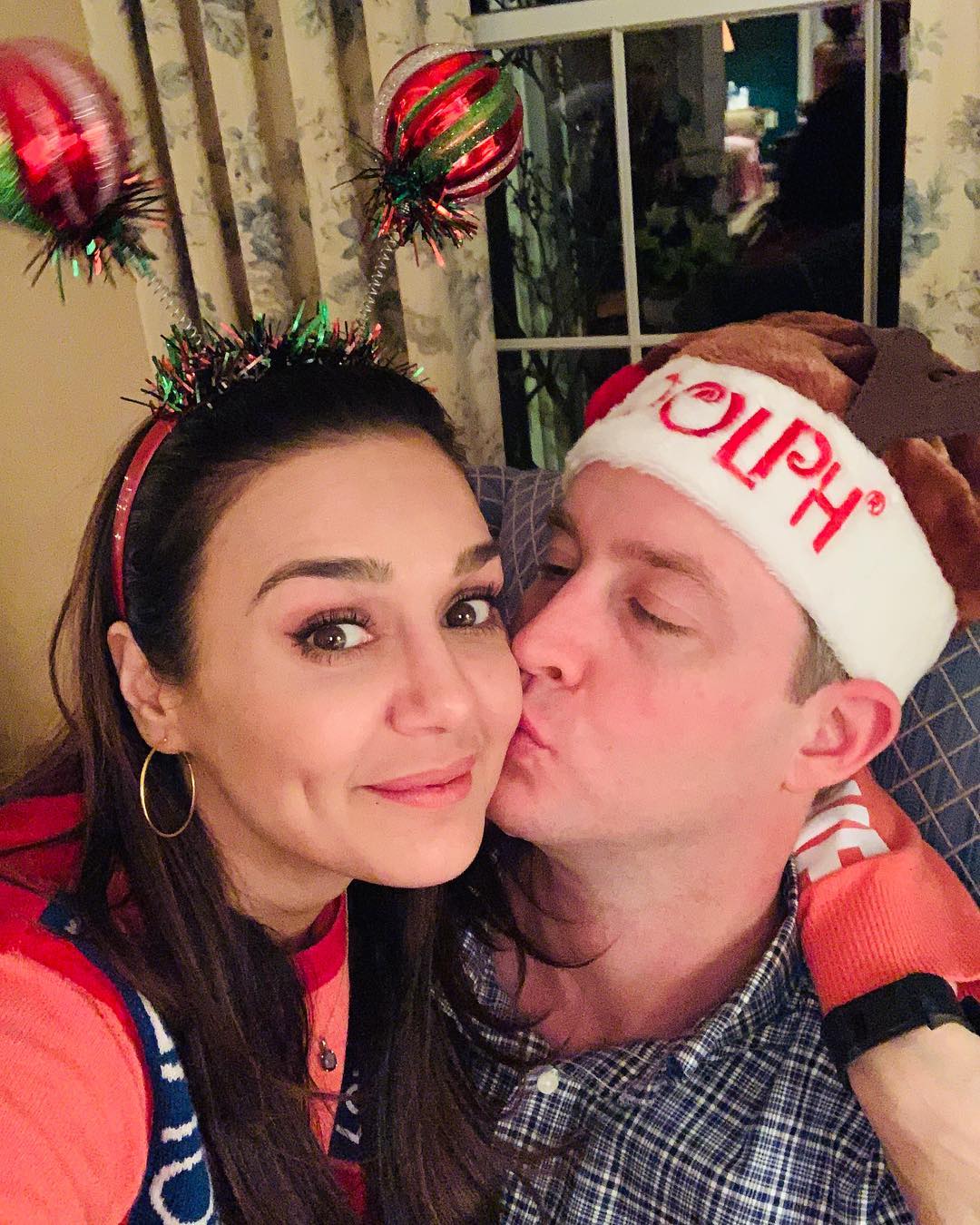 Preity Zinta was once in a relationship with Ness Wadia, and her breakup had created a lot of controversies in the media. Talking about it, she had once said, "I say that Ness Wadia has gone to the extent of threatening me with dire consequences and intimidating me by boasting of his political clout and connections. Mr Ness Wadia had intimidated me by saying that he could make me disappear as I was a nobody and only an actress and he's a powerful person. I say that I have been tried to be very normal and nice to him as I wanted peace in my life, but the recent afore-stated incident in Mumbai at the Wankhede stadium has left me shattered and fear for my life." (Don't Miss: 'Jamai Raja' Actress Nilu Kohli's Daughter, Sahiba Gets Married, TV Celebrities Grace The Wedding) 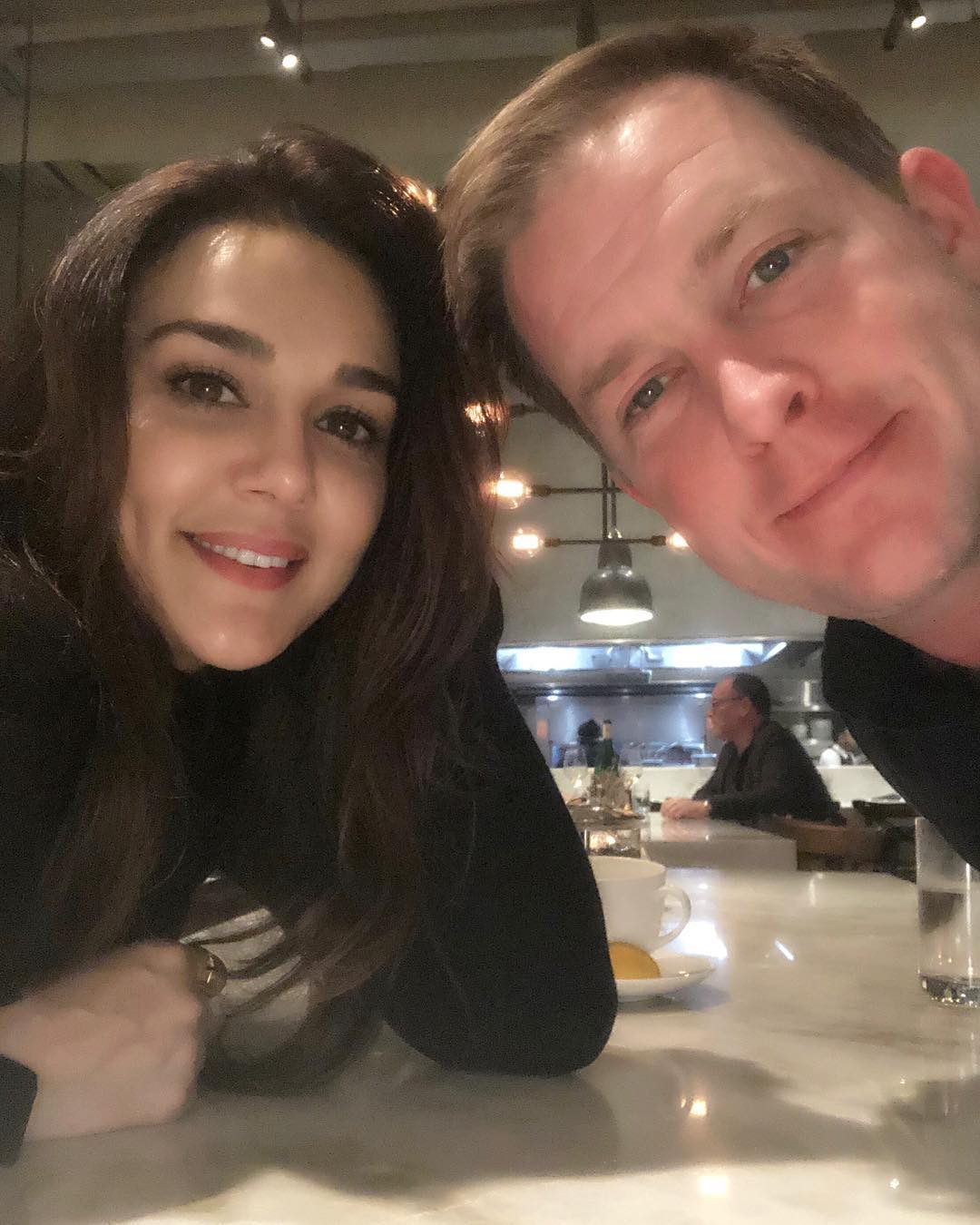 Coming back to Preity Zinta and Gene Goodenough, we really hope that February 29, 2020, comes soon and they are able to celebrate their first wedding anniversary.