Preggers Kareena Kapoor Khan Misses Her Jeans, Wonders When She Will Be Able To Wear Them Again

Preggers Kareena Kapoor Khan Misses Her Jeans, Wonders When She Will Be Able To Wear Them Again

Kareena Kapoor Khan is enjoying every moment of her pregnancy. A few hours back, the stunning actress shared her dilemma and it is every expecting woman.

Pregnancy is definitely one of the most awaited phases in a woman’s life, but it is not as rosy as it seems. From gaining a lot of extra kilos to the constant mood swings, pregnancy sometimes takes a toll on the woman. Along with the physical and emotional changes, an expecting woman constantly thinks about how returning back to her original self and fit into all her old clothes. And not just us, the glamourous soon-to-be moms of the B-town think on the similar grounds. And Kareena Kapoor Khan has recently shared her dilemma too. (Also Read: Have Shilpa Shetty And Raj Kundra Bought Lamborghini Car For Their Son, Viaan Raj Kundra? Raj Reacts)

Kareena Kapoor Khan is known for her stylish statements and is one of the few actresses, who can carry off any attire effortlessly. And throughout her first and second pregnancy too, the diva has been giving inspirations to everyone with her maternity dresses and breezy kaftans. Ever since Kareena Kapoor Khan and Saif Ali Khan announced their ‘Good News’, the soon-to-be mommy is papped everywhere and her maternity looks have created quite a stir on the social media.

Kareena Kapoor Khan Is Back To Her Fit Self, Looks Gorgeous Carrying A Hermes Bag Worth Rs 32 Lakh 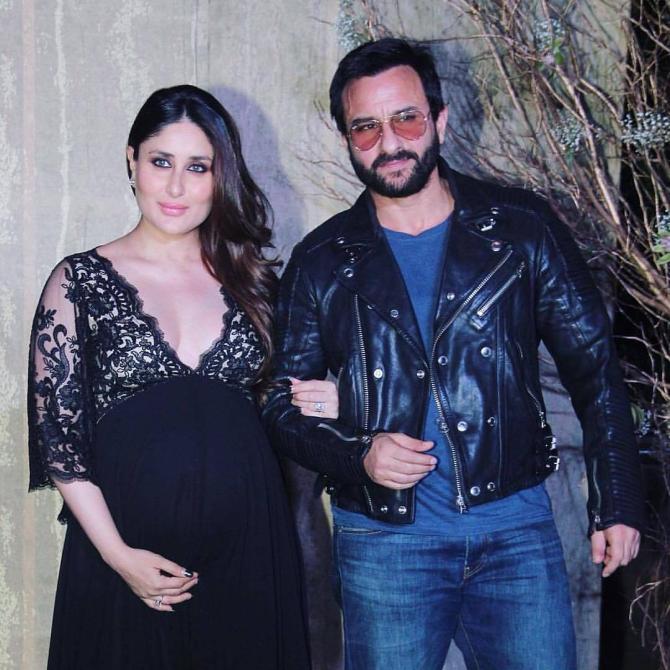 A few hours back, the soon-to-be-mommy, Kareena Kapoor Khan shared her dilemma. She took to her IG handle and shared a throwback picture of herself, looking stunning as always in a yellow full-sleeves top and blue denims. As she looked glamourous in her pre-pregnancy avatar, Bebo shared how she misses wear her comfortable jeans and wrote, “When will I wear my jeans again?” atop the picture. 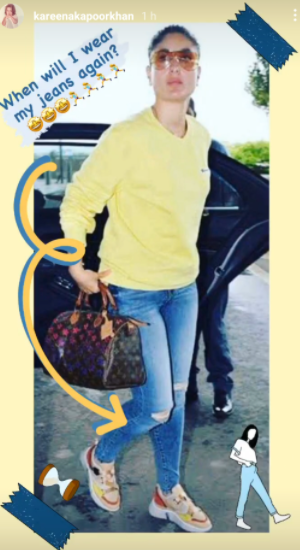 Kareena Kapoor Khan is enjoying her pregnancy period to the fullest. On October 30, 2020, Kareena had taken to her IG handle and had shared an adorable picture with her mom, Babita. In the picture, Babita ji was seen giving a head massage to her pregnant daughter, Kareena, who had relaxed herself and had enjoyed every moment of the same in her breezy kaftan. Along with the picture, Kareena had written, “Maa ke haath ka... maalish” followed by heart emoticons. (Also Read: 'Balika Vadhu' Fame, Avika Gor's Bold Bikini Photo Breaks The Internet, Her Boyfriend, Milind Reacts) The feeling of a life breathing inside you is something which cannot be explained in words and nothing can beat the happiness of the same. And the one thing which every woman undergoes throughout the pregnancy is the constant craving for different food items. Kareena Kapoor Khan had shared a glimpse of her food cravings and every expecting woman can relate to it. The Laal Singh Chaddha actress had taken to her IG stories and had shared a picture of mirch ka aacharr. Sharing the picture, Kareena couldn’t hold her excitement and had written, “Thank you my dearest Kuppy for my aacharr” followed by heart emoticons. In an interview with Anupama Chopra, Kareena Kapoor Khan had opened up on her second pregnancy. She had shared that she wants to stay healthy in her second pregnancy, "Last time, I just took myself for granted and became huge. I put on 25 Kgs. I don't want to do that. I just want to be healthy and fit. I think the first time, it's just excitement. Everyone's like parathe khao, ghee khao, doodh piyo, besan ka laddoos are coming. And now, I'm like listen I have done it before, I know what my body requires. My doctor's like 'listen you are not eating for two, that is just a myth. Just be healthy and be safe.' And that is what I am trying to do." (Also Read: Neha Kakkar And Rohanpreet's Romantic Moments Make Our Heart Flutter, He Sings 'Do Gallan' For Her) Well, what do you think about Kareena’s dilemma? Let us know.

Kareena Kapoor Khan Is Back To Her Fit Self, Looks Gorgeous Carrying A Hermes Bag Worth Rs 32 Lakh