Prachi Tehlan and Rohit Saroha have headed out for mini-honeymoon to Jim Corbett National Park. The newlyweds have been sharing glimpses of their getaway on their respective IG feeds.

Just when we had entered 2020, we had Googled the list of long weekends and planned our trips accordingly with friends and family. We had searched for the best destination, accommodation and started adding to the cart what we would buy for the trip. Not only the travel plans were ruined due to the pandemic, but wedding celebrations were also postponed for some couples. Looks like for Indian netball and basketball player and Diya Aur Baati Hum fame, Prachi Tehlan, none of her plans got cancelled. Lucky you! (Also Read: Dino Morea Is Thinking Of Marriage, Says He Feels He Should Settle But Is Waiting For The Right One)

It was on August 7, 2020, when Prachi Tehlan had tied the knot with her businessman beau, Rohit Saroha. Proving that red never goes out of fashion, Prachi had opted for the classic traditional red ensemble for her wedding and had looked mesmerising in 'dulhan wala red' lehenga. Her double dupatta had made the bridal ensemble even more drool-worthy. Prachi had graced her bridal look with a heavy dupatta at the back and a simple one in the front. Rohit had complemented his bride in a cream-coloured sherwani and their pictures were overwhelming. 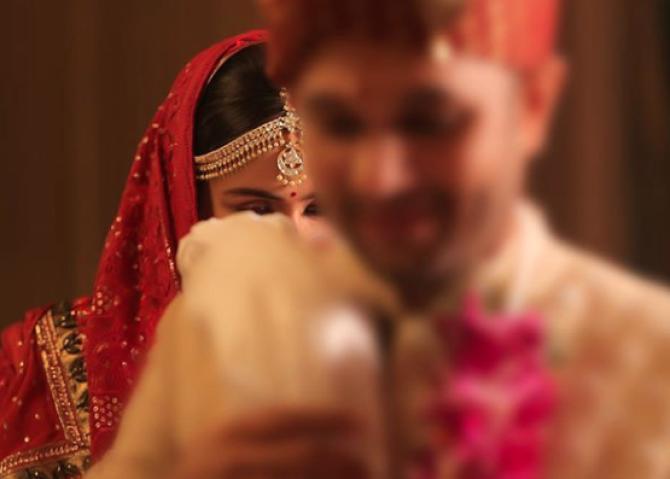 Now, looks like the newly-wedded couple, Prachi Tehlan and Rohit Saroha have headed out for mini-honeymoon to The Wild Rendezvous, Jim Corbett National Park, Uttarakhand. Prachi and Rohit have been sharing glimpses of their getaway on their respective IG feeds and it is a treat to see this madly-in-love couple as husband and wife. Sharing a couple picture from their trip, Prachi wrote, “Into the wilds away from the civilisation.. the beauty of nature and us @rsaroha #intothewilds #mountainlife #mountainlovers #cloudstouchingus.” 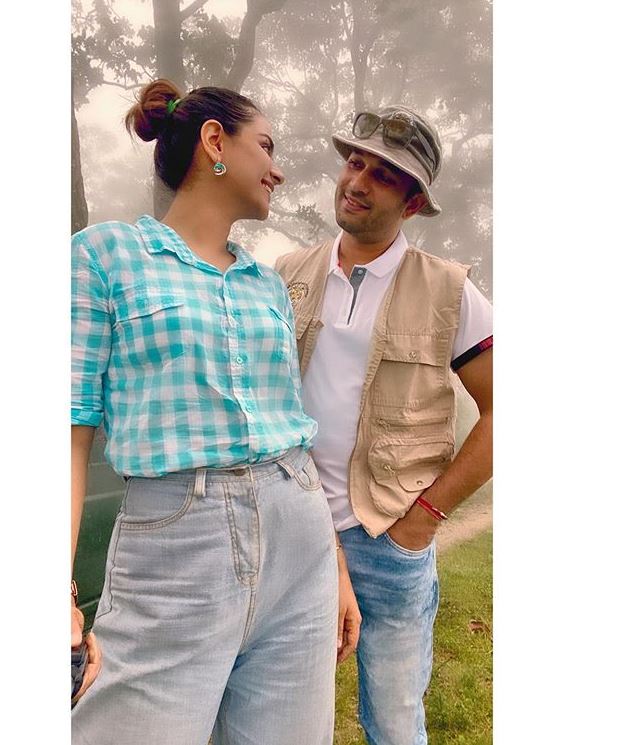 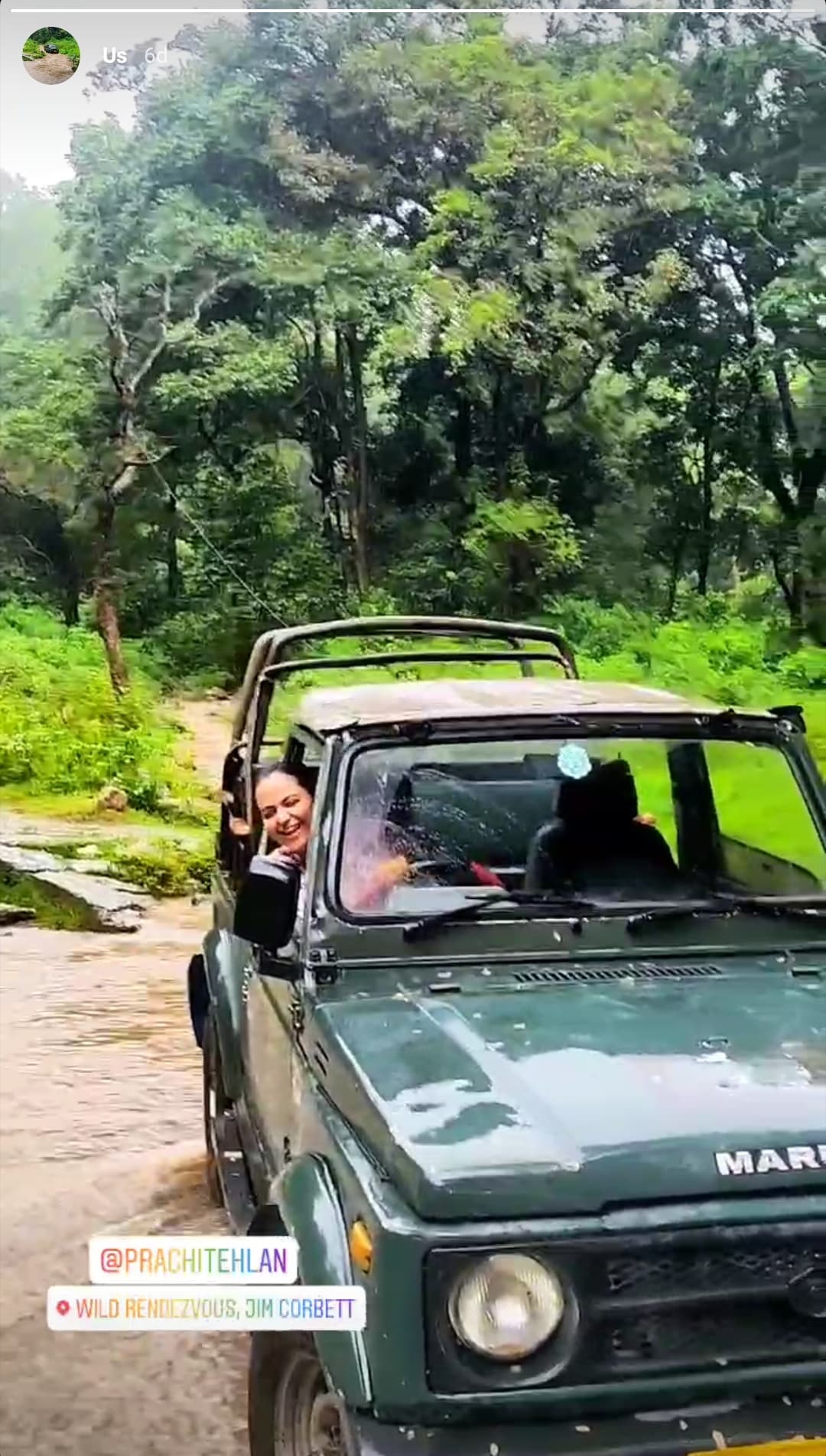 Prachi Tehlan had left us awe-struck with her stunning picks for the pre-wedding ceremonies and marriage. Every single look of Prachi had her style game on point and the bride and groom's ever-gleaming faces had made the ceremonies even more heart-melting. A few days back, Prachi had uploaded her engagement ceremony pictures, where she had twinned with her husband, Rohit Saroha in pastel hues outfit. Prachi had carried her look with utmost panache and had painted an elegant picture in a peachy pastel floor length anarkali giving a very fresh and soft look. With intricate embroidery all over and hues of blue and grey, it was teamed with a sheer dupatta. Rohit had complemented her perfectly in an ivory coloured kurta with peachy pastel jacket which had intricate floral embroidery in hues of blue, red and orange. (Also Read: Puja Banerjee Flaunts Her Baby Bump And Pregnancy Glow In Staycation Pictures With Hubby Kunal Verma) 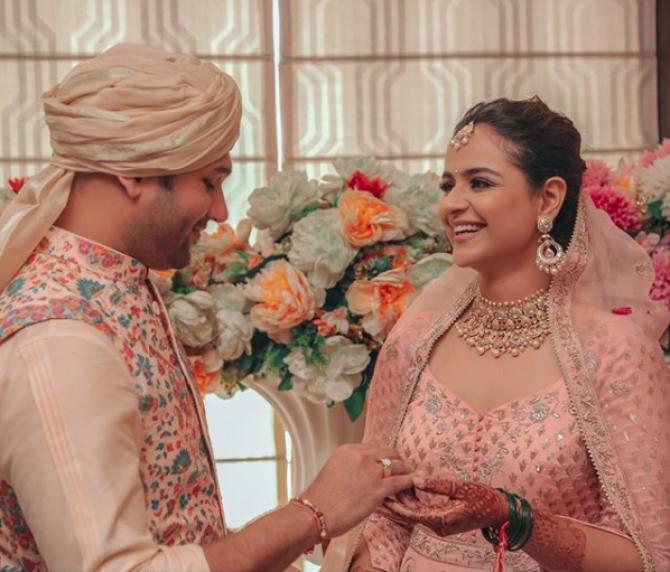 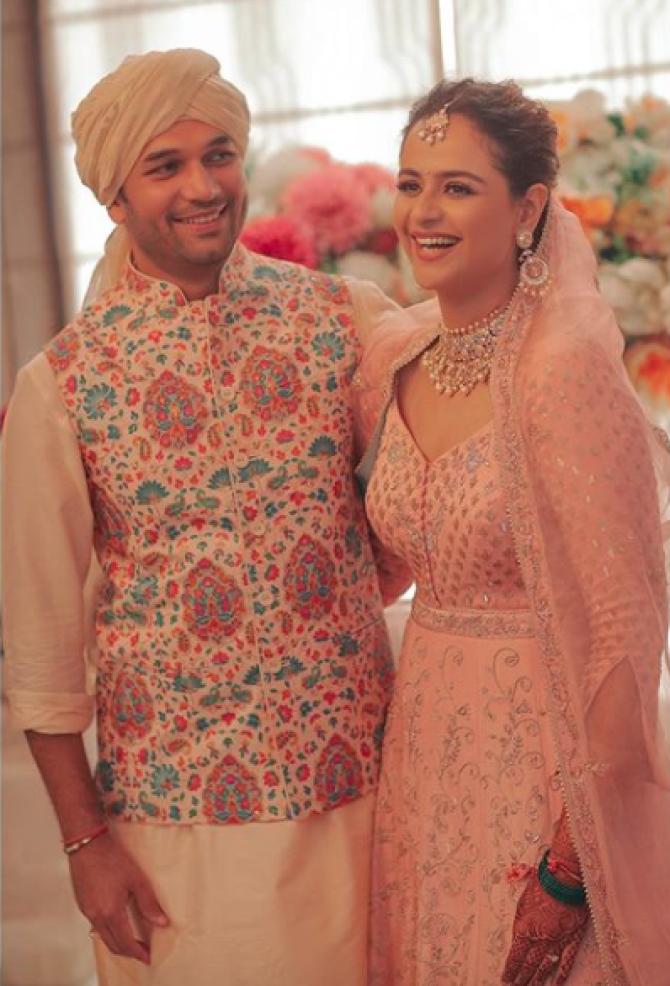 It was eight years ago when Prachi Tehlan and Rohit Saroha met for the first time at her cousin's wedding. Recalling how love blossomed between them, Prachi had remarked in an interview with India Today Television, "We met at my cousin's wedding. He was from the girl's side. My bhabhi is his childhood friend. He saw me at the wedding for the first time and liked me. We started talking in 2012 but at that time we both were ambitious. We spoke for about three to four months but it didn't work out. We started talking again during the lockdown and everything felt just right. The old spark reignited in this lockdown. While talking to each other, we realised that the feelings we had then are still there and things started to fall in place. My parents went to his place to meet his parents. On July 4, the roka ceremony took place. Earlier we were thinking of getting married on November 24 but then we thought things are going to be the same so why not get married now and spend some time with each other." 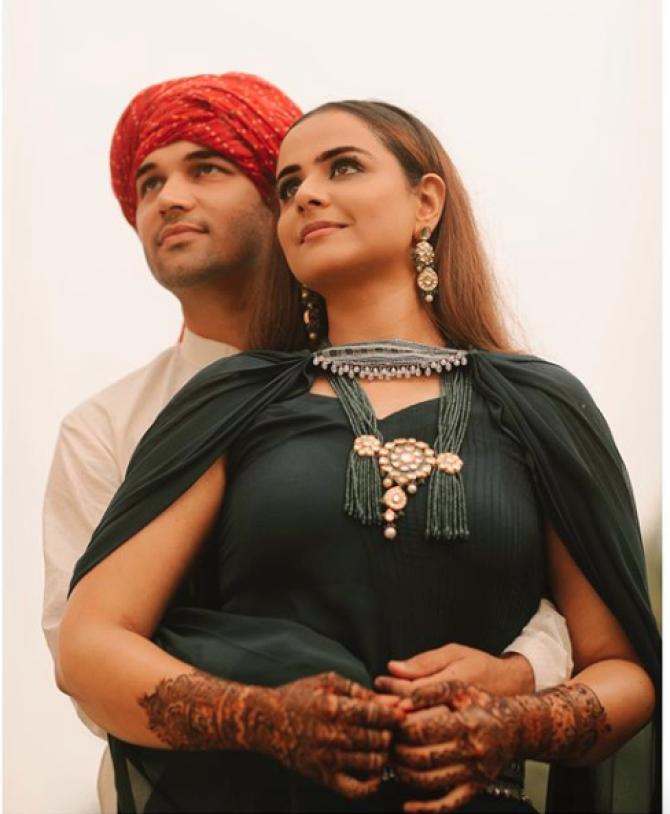 Speaking about the qualities she likes in her husband, Rohit Saroha and if she will be continuing her acting career post-wedding, Prachi Tehlan had said, "We both are Jats, so our cultural background is the same. This is what connected us back then and now. I like his smile. He loves me more than I love him. He is taller than me, which is very very important. I am 5 feet 11 inches while he is 6 feet 1 inch. He is very adventurous and fun-loving. He likes to explore life and is multi-talented. He is a wildlife conservationist and has immense knowledge about animals and the jungle. Honestly, the list is quite long about the things I like about him. He makes me feel secured. Everyone is happy with my acting career. If I get to play powerful characters, I will surely do it. Acting has been more like a passion than a profession for me and I would like to continue it." (Also Read: Jasmin Bhasin Quashes The Rumours Of Relationship With Aly Goni, Says He Is Not My Ideal Partner) We wish happiness and love to Prachi and Rohit!