Poonam Pandey shared a picture with hubby, Sam Bombay as the two celebrate their first Karwa Chauth after she had been booked by Goa police. 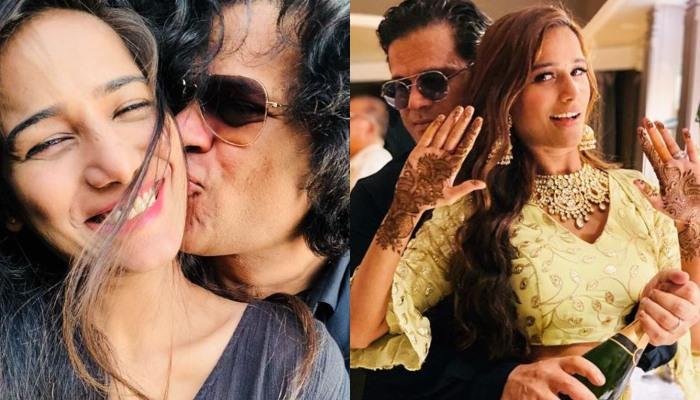 Poonam Pandey, known for her bold pictures and controversial statements, had begun her career as a model. She was one of the top nine contestants of the Gladrags Manhunt and Megamodel Contest and had also featured on the cover of the fashion magazine. She had made her Bollywood debut with the controversial film, Nasha in 2013. Poonam had garnered attention through her social media handles, when she had started posting her semi-nude pictures. Just like her professional life, her personal life has also become quite controversial. (Also Read: Are Maera Mishra And Adhyayan Suman Married? She Wears 'Sindoor' And 'Mangalsutra' For Karwa Chauth)

In July 2020, Poonam and her long-time beau, Sam Bombay had gotten engaged and the latter had shared a picture of the same on his IG handle, where the duo had flaunted their rings. On September 10, 2020, Poonam had taken to her IG handle and had shared her wedding picture with Sam. Twinning in their navy-blue wedding attires, the two had looked madly in love with each other. Along with the picture, Poonam had written, “Here’s looking forward to seven lifetimes with you.”

Poonam Pandey was booked for shooting an obscene video in Goa as a police complaint was filed by the state's Water Resources department, which manages the Chapoli Dam, where the video was shot. The women’s wing of the Goa Forward Party also filed a complaint against the actress. But it seems like an FIR can’t stop her from celebrating her first Karwa Chauth with hubby, Sam Bombay. On November 4, 2020, Poonam took to her IG handle and shared a picture with Sam. Along with the picture, she wished him on Karwa Chauth and wrote, “Hey Husband, happy Karwa Chauth” followed by a heart emoticon. On Poonam’s post, Sam commented, “My beautiful wife.”

Talking about the complaint, Deputy Superintendent of Police, Nelson Albuquerque revealed, “A case was registered against Pandey after she was spotted in the video which has gone viral. She has been booked for obscene gestures, trespassing on the government property, and for shooting and distributing an indecent video.” (Also Read: Mira Rajput Kapoor Recalls Festive Days With Her Girlfriends, Shahid Kapoor Drops A 'Pretty' Comment)

Within a few days of her wedding, Poonam had filed a complaint against her husband, Sam for molesting her, following which, he was arrested on September 22, 2020 in Goa. She had opened up about her abusive relationship with Sam in an interview with The Times of India and had revealed, “Sam and I had an argument, which escalated, and he began hitting me. He choked me and I thought I was going to die. He punched me in my face, pulled me by my hair, and banged my head against the corner of the bed. He knelt on my body, pinned me down and assaulted me. Somehow, I managed to break free and bolted out of the room. The hotel staff called the cops, who took him away. I filed a complaint against him.”

Poonam had also talked about how his possessiveness would turn into violence and had shared, “I have been in hospitals on several occasions through the course of our courtship. I put up with the abusive relationship because I believed that we loved each other. I always painted a rosy picture projecting us as a perfect couple. His anger stemmed from his possessiveness and insecurity. We got married hoping that things would get better. Unfortunately, it didn’t turn out to be a wise decision. I am the perfect example of ‘love is blind’.”

But later, the two had sorted out their differences and had confirmed the same in an interview with The Times of India. While Poonam had shared, “We are trying to iron out things and have more or less sorted it all out,” Sam had stated, “Everything is sorted. It all got blown out of proportion. It got distorted, I would say.” (Also Read: Sapna Choudhary Shares Pictures From First Karwa Chauth, Confirms Her Secret Wedding)

What do you think about Poonam and Sam’s picture? Let us know. 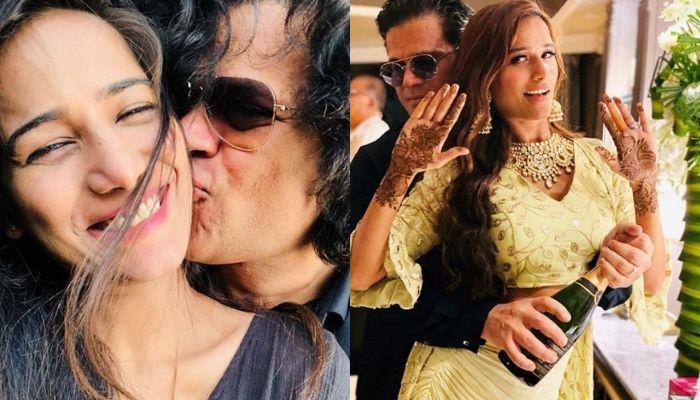 As soon as a couple gets married, everyone starts questioning them ‘Good news kab de rahe ho?’ The family members start teasing them asking about their family planning and the elders at home start with ‘Bas pote ya potti ki shakal dikha do ab’. While some celebs have opened up about their