After all the humiliation targeted at Mahesh Bhatt in the name of nepotism debate, his elder daughter, Pooja Bhatt came out in his support. Check out her reaction inside! Â

With the demise of Sushant Singh Rajput, there are lots of things that have brimmed up high. From the mental health awareness to the debate on nepotism, everything is going overboard these days. Especially the debate of nepotism as it is believed that the outsider behaviour faced by Sushant Singh Rajput lead him to depression and then death by suicide. The star kids are trolled mercilessly and ace filmmaker, Mahesh Bhatt’s relationship with Sushant’s rumoured girlfriend, Rhea Chakraborty is under scrutiny. (Also Read: Khushi Kapoor's Viral College Video, She Says 'I Want To Prove Myself Before Working With My Family')

The most to face the brunt of Sushant Singh Rajput’s death are Mahesh Bhatt, Karan Johar and some star kids namely, Alia Bhatt, Sonam Kapoor Ahuja, Kareena Kapoor Khan and others. Mahesh Bhatt is also facing the brutal trolling for his throwback statement which had stated that he could sense Sushant’s state of mind and he knew that he would have a fate like the late actress, Parveen Babi. All the backlash made the celebrities to turn off the comments and quit social media, but the backlash is not stopping down. After all the humiliation targeted at Mr Bhatt in the name of nepotism debate, his elder daughter, Pooja Bhatt came out in his support. 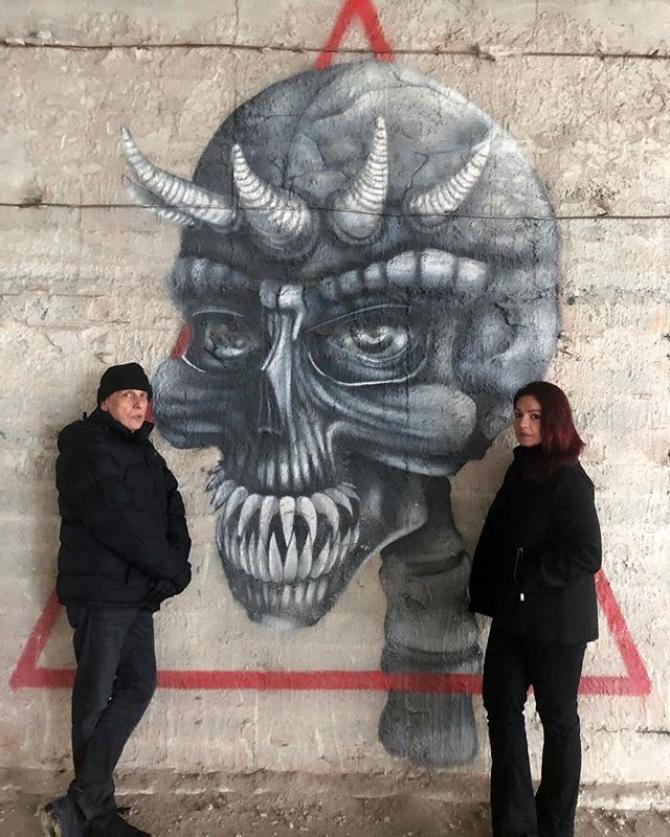 Pooja Bhatt took to her Twitter handle to give it back to the people, who are targeting her father for what happened with Sushant Singh Rajput and for being a flag bearer of nepotism. She wrote a series of threads to make people aware of how her father has been the one to give more breaks to newcomers in the industry. Reacting to the debate around nepotism, she wrote, "Have been asked to comment on the hot topic Nepotism that people are raging about. As someone who hails from a ‘family’ that has launched more new talent-actors, musicians & technicians, than the entire film industry combined I can only laugh. Facts don’t find takers. Fiction does.”

Continuing further, she wrote how earlier her father was accused of not working with established actors. She tweeted, “There was a time when the Bhatt’s were accused of having something against established actors & made to feel inferior for only working with/launching newcomers & not chasing stars. And now the same people play the nepotism card? Google & tweet guys & won’t even say think & speak." In her next tweet, she schooled Kangana Ranaut, who had actually started the debate of nepotism in Bollywood. She reminded her how she was launched by Mahesh Bhatt in the film, Gangster. She wrote, "As for Kangana Ranaut-She is a great talent, if not she wouldn’t have been launched by Vishesh films in “Gangster”.Yes Anurag Basu discovered her, but Vishesh Films backed his vision & invested in the film. No small feat. Here’s wishing her the very best in all her endeavours."

Ending her rant, she concluded saying that there is no need to humiliate people with the term ‘nepotism’. She concluded, “Toh yeh ‘Nepotism’ shabd se kissi aur Ko zalil karne ki koshish karo doston. The people who have found their way into the movies through the springboard we provided over the decades know what we stand for. And if they have forgotten, It’s their tragedy. Not ours. Have a great day!" (Recommended Read: Kamya Panjabi Shares Her Unseen Wedding Picture To Say Something Special To Husband, Shalabh Dang)

On July 7, 2020, Mahesh Bhatt’s wife, Soni Razdan too had come forward to support her husband in the nepotism fiasco. Taking to Twitter, a user had lashed out at Alia Bhatt's father, Mahesh Bhatt by calling him the 'flag-bearer of nepotism'. His tweet could be read as “The real issue is nepotism…and your so called husband is flag bearer and so is god father of your daughter.” This was enough to miff Mrs Bhatt as she had lashed out at the troll revealing how her husband has given more breaks to newcomers and there was a time where he was accused of not working with stars. She had replied, "You’re so ill informed. My husband has given more breaks to new comers than any one else in this industry. There was a whole long period of time where he refused to work with stars. Then he was accused of not working with stars! Do ur homework and then talk please." (Don't Miss: Aly Goni Has An Epic Reaction To Rumoured Beau, Jasmin Bhasin's 'Sindoor' And 'Mangalsutra' Picture)

Do you think Pooja Bhatt has a point in the debate on nepotism? Let us know!