On November 8, 2019, Nivedita Basu of 'Kasautii Zindagii Kay 2' a.k.a. Pooja Banerjee turned 28 and she ringed in her birthday with her co-stars-cum-friends from the show.

It is often believed that long-lasting relationships and friendships are impossible to maintain in the world of glitz and glamour. With a history of catfights, cold wars and arguments over trivial matters, every other day we would find celebrities washing their dirty linen in public. But then there are some friendships and relationships, which exemplify the meaning of true love and shell out major goals. Working together in a film or a serial and spending time with a specific set of people for long makes your relationship stronger and the same happened with Kasautii Zindagii Kay 2 stars. (Also Read: Vivek Dahiya Had A Dream Come True Moment On His 35th Birthday, Celebrates With Divyanka Tripathi)

Ever since Kasautii Zindagii Kay 2 had aired on television, not only the dating speculations of Parth Samthaan and Erica Jennifer Fernandes had garnered the limelight but also the friendship between the entire cast and crew hit the headlines. Hina Khan, Pooja Banerjee, Karan Singh Grover, Shubhavi Choksey, Sahil Anand, Ariah Agarwal amongst others are often spotted hanging out, holidaying and partying together. And November 7, 2019, was no different! 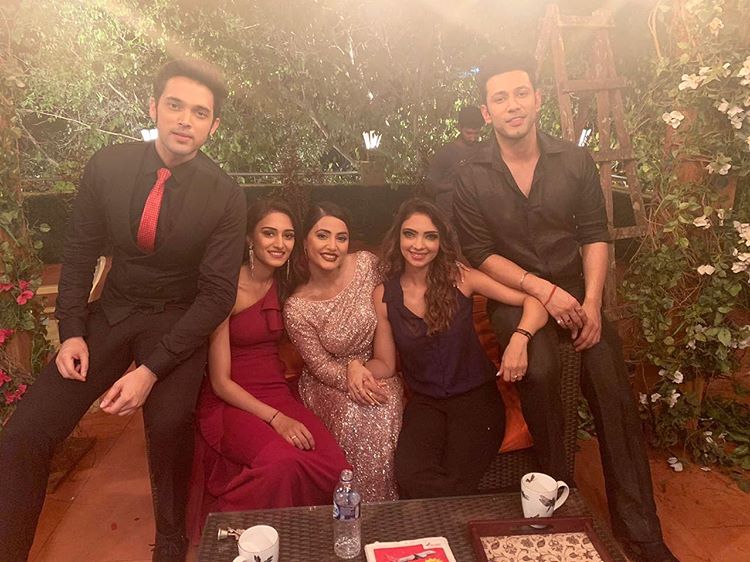 On November 8, 2019, Nivedita Basu of Kasautii Zindagii Kay 2 a.k.a. Pooja Banerjee turned 28 and she ringed in her birthday with her co-stars-cum-friends from the show. Pooja’s 28th birthday bash was a crazy night full of fun and dance and her friends took to their Instagram stories to give their fans a glimpse of the same. But what caught our attention is Parth Samthaan under one roof with his alleged ex-girlfriend, Erica Jennifer Fernandes and rumoured current ladylove, Ariah Agarwal, and posing for the pictures with the birthday girl. Ariah posted a group picture with Parth and Erica along with their other friends and wishing the birthday girl, Pooja, wrote, “Blessed to have worked with this crazy loving crew! Happy birthday pooooojo! Looove youuuu #birthday #kzk #love.” Here are the pictures and videos from Pooja’s birthday bash: 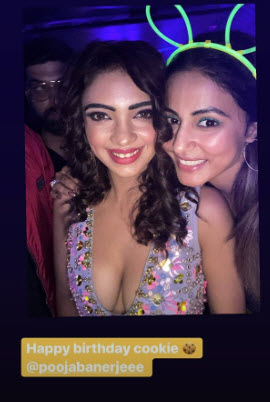 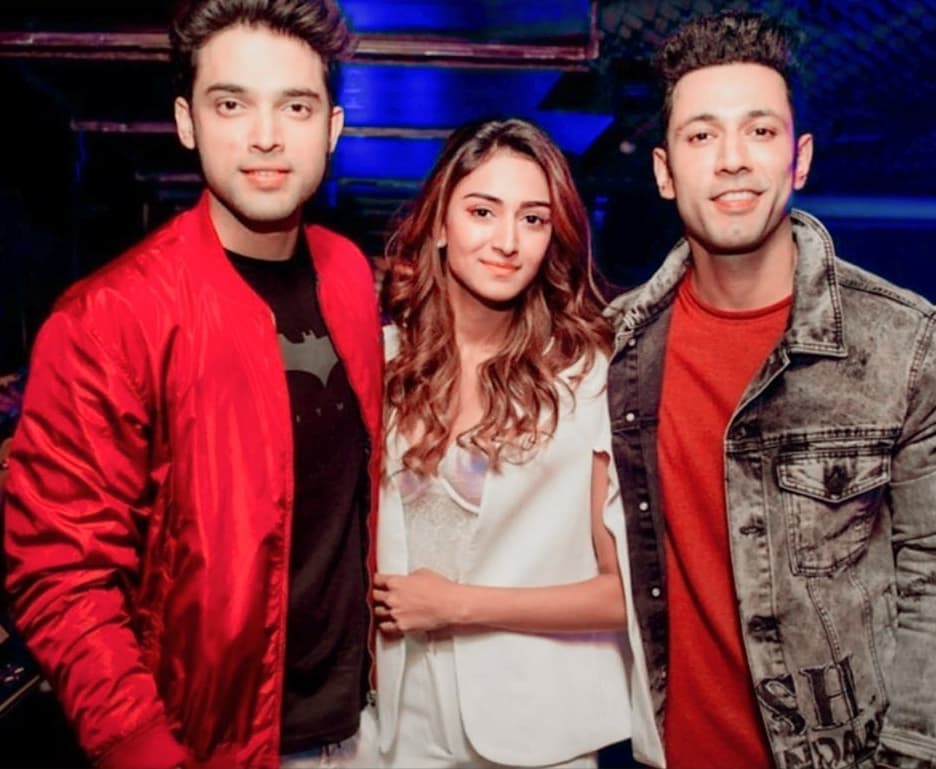 A few days ago, Ariah Agarwal had posted an array of pictures with her co-star and rumoured beau, Parth Samthaan but it was her caption that had made us put our thinking caps on. She had captioned her post as “Hey alexa! What is Pisces and Pisces FRIENDSHIP compatibility? Alexa: 100 @the_parthsamthaan @iosiswellness @rishamkbawa @chanchalthard_hmua.” To which, Parth had commented, “Super-cute caption” Later, in a telephonic conversation with SpotboyE, Ariah had cleared the air and had stated, “Parth is a very good friend.” (Also Read: Niti Taylor's Fiance Parikshit Surprises Her With A Special Gift, It's A Reminder Of Old-School Love) 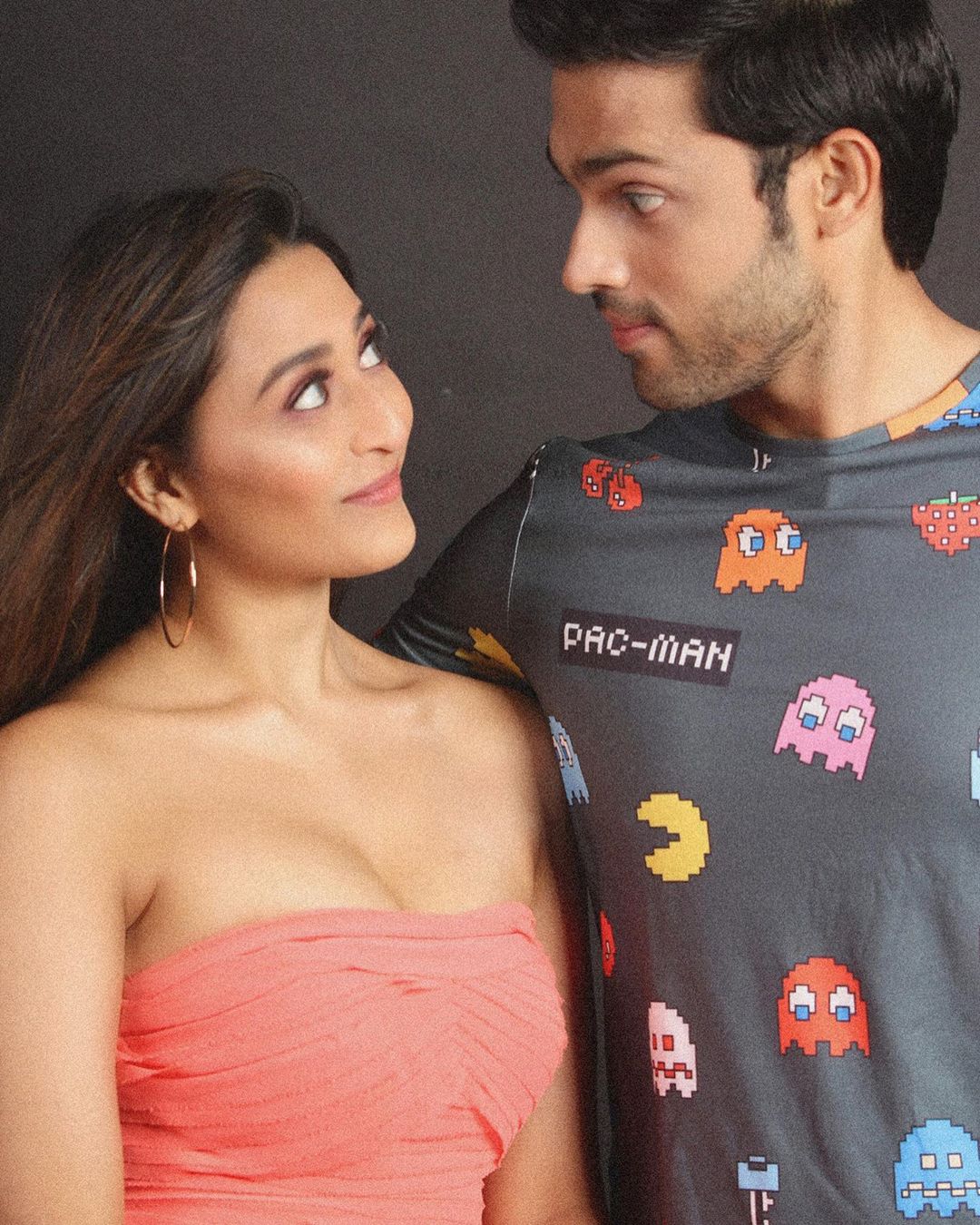 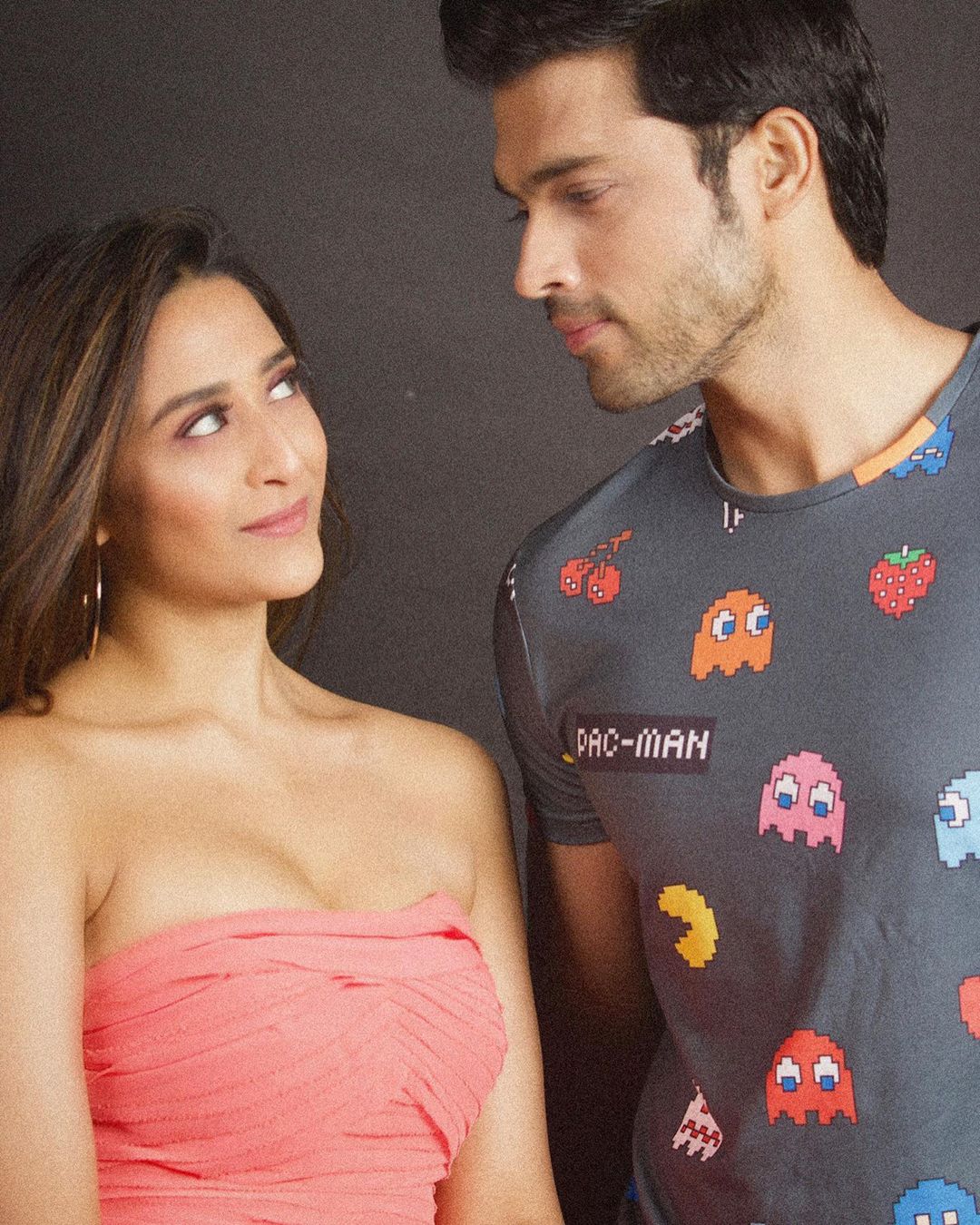 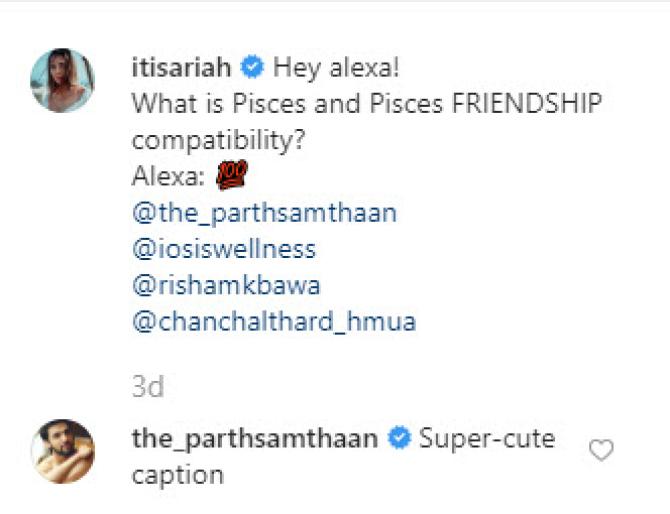 Erica Jennifer Fernandes and Parth Samthaan have always been under the scanner for their apparent relationship. With their frequent ‘couple holidays’ to celebrating each other’s birthdays together, Parth and Erica’s social media timelines have removed every iota of doubt we had of them ‘not’ dating each other. But it was only at Parth’s crazy housewarming party with his KZK 2 friends that had raised a lot of eyebrows that all is not well between him and Erica, when the latter was nowhere in sight at the celebration. Although we all were extremely happy for Parth for his new house, our eyes kept on searching for Erica all around, isn’t it?

This is the latest update which directs towards Erica Jennifer Fernandes and Parth Samthaan’s possible split. On September 10, 2019, at the screening of AltBalaji’s Mission Over Mars, Erica and Parth had encountered an ‘ugh’ moment. As per reports, the duo, who often arrives at parties and events together, reached the screening 45 minutes apart from one another. And not just that, when Parth was addressing the media, Erica had walked past him with Vikas Gupta, without even greeting him!

Parth Samthaan and Erica Jennifer Fernandes look superb together, on and off-screen, which is exactly when grapevine was abuzz that their bittersweet on-screen camaraderie has drifted off in their personal lives too! A SpotboyE report had quoted a source saying, “It seems that Erica and Parth are now more than just good friends, say the sources we have parked on the sets of Kasautii Zindagii Kay 2. There are hushed whispers on the sets of this Ekta Kapoor show that Erica and Parth have probably developed romantic feelings for each other.” (Also Read: Esha Deol Posts A Love-Filled Picture Of Little Angel, Radhya Takhtani With Her 'First Love', Bharat) 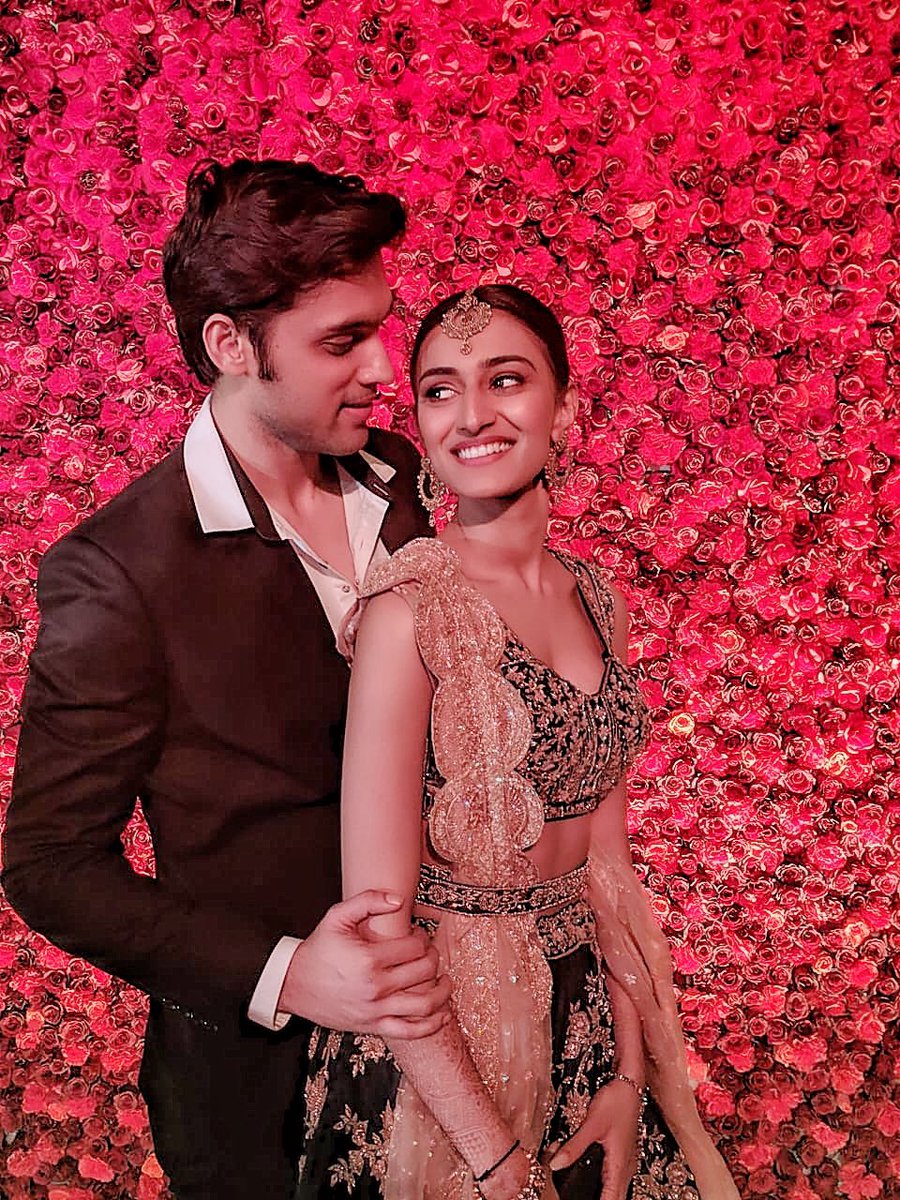