'Kasautii Zindagii Kay 2' stars, Parth Samthaan and Erica Fernandes have been bagging so much love for their on-screen chemistry. Now, they danced on 'Nach Baliye 9'. Checkout. 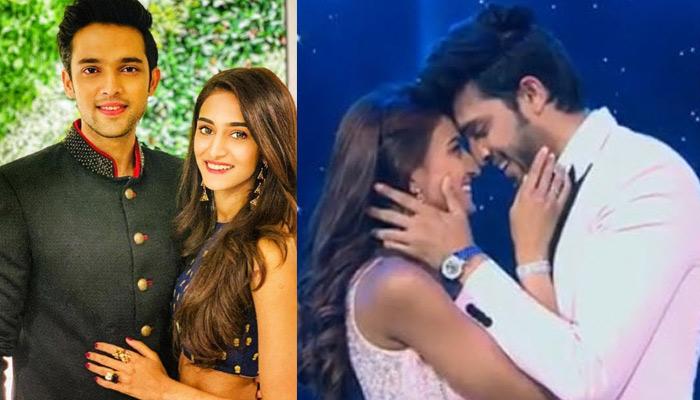 “Chaahat ke safar mein, dilon ke hoshle dekho, ye aksar toot jaate hain, kabhi aansu bahate hain, kabhi chalte hain hain sehra mein, phir bhi muskurate hain… kasauti zindagi ki, kasauti zindagi ki…” Everyone get goosebumps and dive into the memory lane whenever this song is played. It makes everyone recall the iconic love story of Anurag and Prerna that became an example in the 2000s. Now, after almost two decades, Ekta Kapoor had surprised everyone with its second season and we all were over the moon!

In Kasautii Zindagii Kay 2, protagonists, Anurag and Prerna a.k.a. Parth Samthaan and Erica Fernandes have been bagging so much of love for their on-screen chemistry. Whilst working together for this Indian romantic drama television series, Parth and Erica have apparently fallen for each other in real life too! Rumours have been doing the rounds about their relationship, but the two have always kept mum. (You May Like: Prince Narula Gifts Yuvika Pendant Sets On Her 1st Birthday Post-Wedding, Her Reaction Is Priceless)

And now, the two have danced together for the first time on Nach Baliye 9. While many have thought that the couple was participating as the 13th jodi and was entering as a wild card, but to everyone’s surprise, they had come to reveal the names of the bottom two contestants! Nonetheless, Parth and Erica looked amazingly beautiful together and danced with utmost perfection.

On August 1, 2019, a video was posted by Star Plus along with a caption, which could be read as, "Look, who just showed up as Jodi No. 13! Are you ready for this unexpected twist?" In the video, Anurag and Prerna are welcomed by Raveena Tandon. Later, Maniesh Paul tells them that they have a twist in store for them and soon enters Urvashi Dholakia, the original Komolika. Check out the video below:

In an interview with a leading daily, Parth Samthaan had shared how it felt like dancing with Erica Fernandes on a reality show for the first time. Here’s what the elated alleged boyfriend shared, "The main reason for me to say an instant yes was dance! It has been a trail of successful 8 seasons and with the 9th season, Nach Baliye has surely gotten more exciting. Kudos to the couple who are participating with their exes and trying to build up their chemistry and also showing that exes can still continue to be friends even after a break-up, which Nach Baliye is setting an example about.” (Also Check: Trishala Dutt Misses Her Late BF On His One-Month Death Anniversary, Confesses Her Love For Him)

He further added, “It takes courage to be able to do what they all are doing and working together. We had great fun performing together, this was our first performance ever together in a reality show. Erica and was super excited it was a different feeling altogether; we were also nervous performing in front of live audience and judges.”

Confirming Parth and Erica’s budding relationship, a SpotboyE report had once stated, “It seems that Erica and Parth are now more than just good friends, say the sources we have parked on the sets of Kasautii Zindagii Kay 2. There are hushed whispers on the sets of this Ekta Kapoor show that Erica and Parth have probably developed romantic feelings for each other.” (Do Read: Neha Dhupia Recalls A Flight Instance With Baby Mehr Dhupia Bedi On International Breastfeeding Week)

Another report by The Tribune had suggested, “Parth and Erica have been inseparable and are always together. They both arrive on the set together and wait for each other’s pack-up to leave together. They are very fond of each other and clicked since the day they met. Parth is always in Erica’s make-up room and they find their way to each other even in between shots. Parth also went to meet Erica’s family and they seem to adore him.”

When in an interaction with the Hindustan Times, Erica was asked about the news of her relationship with Parth, she had subtly replied to it by saying, “It is news to me that such rumours are out there. But, I guess, rumours are a part and parcel of the entertainment industry. I have known Parth since we started working together on our TV show and we shoot every day. We are good friends and have a great working relationship. Whenever we chill together, we have a whole bunch of people with us. When we go for events, we are often leaving from our set, so yes, we do leave together. That doesn’t mean we go home together. In fact, we live in different parts of the city.” (Checkout: Hina Khan Spends Some Alone Time With The Love Of Her Life, Rocky Jaiswal, Go Out On A Movie Date)

What do you guys have to say about Parth and Erica’s dance performance on Nach Baliye 9? Do keep us posted! 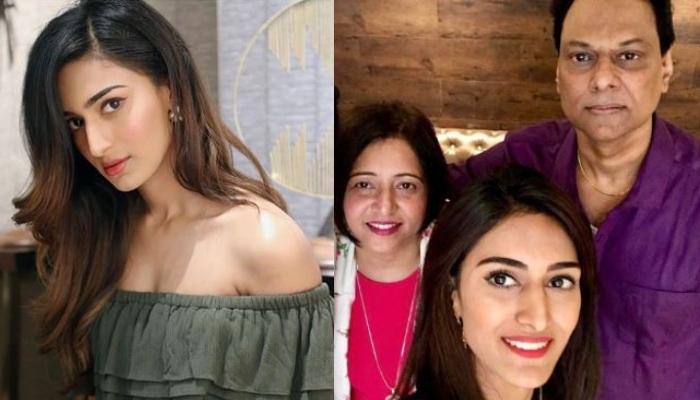