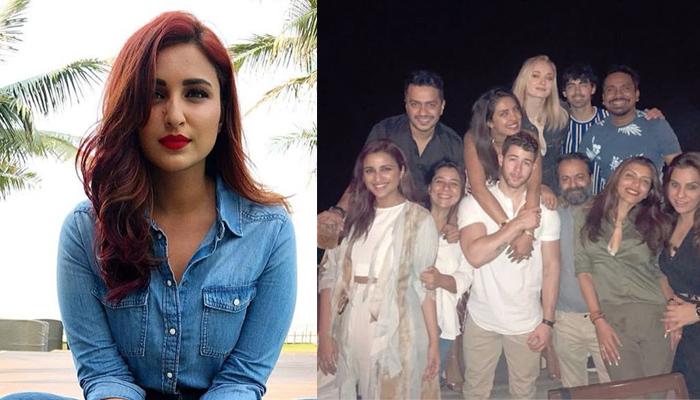 With celeb weddings happening one after the other, there is another one, rumours of which, have been doing rounds for quite sometime now. We are talking about Parineeti Chopra. She debuted in 2011 with Ladies vs Ricky Bahl and had never been found in a relationship with any of her co-stars. (Suggested Read: Ranveer Singh Dedicates Best Actor Award To His 'Real Queen' Deepika Padukone, Leaves Her Teary-Eyed)

However, it all started on November 27, 2018, at her Mimi didi's pre-wedding bash. Priyanka took to her official Instagram handle and shared the following pic from her bash, captioning it, "Friends family,” followed by a heart emoji. Take a look: 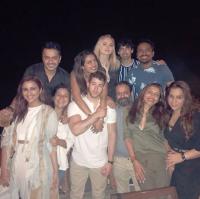 Fans could not help but notice Parineeti Chopra posing with her rumoured boyfriend, Charit Desai, who is an assistant director by profession. Media reports soon started floating in suggesting that Parineeti and Charit have decided to take the nuptial plunge soon. And now, Parineeti herself has come out in the public and refuted such wedding rumours. She took to Twitter and tweeted, "ABSOLUTELY BASELESS AND UNTRUE!! I will happily announce whenever I am getting married! @MumbaiMirror."

ABSOLUTELY BASELESS AND UNTRUE!! I will happily announce whenever I am getting married! @MumbaiMirror pic.twitter.com/JJGb61XbGy — Parineeti Chopra (@ParineetiChopra) December 15, 2018

Reportedly, Parineeti and Charit met during during the Dream Team Tour in 2016. Reacting to her link-up rumours, she told Hindustan Times earlier, "While it's a little funny because a month or two back, my best friend, Sanjana and I had gone to Dubai and when I came back, they linked me with her. There was an article about me and Sanjana saying, 'Are they more than friends?' Now, a month or so later, this has come out." (You May Like: Sushmita Sen Officially Shares Her 'Jaan Meri', Rohman Shawl With These Beautiful Words)

She further added, "I am used to such rumours. It's fine. I will, as always, never talk about my personal life. I will let it be. Yes, there have been many names such as Sanjana, Maneesh Sharma and more. So, everyone is there in my life. It's okay; I will only talk about my work and that's how it will remain." 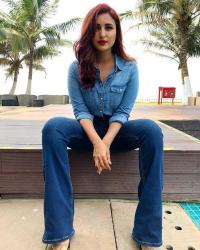 Recently, Parineeti Chopra and Arjun Kapoor got featured in a bridal magazine cover, and soon after the two shared the pics online, their fans started commenting that Parineeti should get married to her Ishaqzaade actor, Arjun. Wittingly reacting to such comments, Parineeti tweeted, “Oh nooo sheeeeee Arjun Kapoor please excuse me I dont have dates .. please contact my manager @arjunk26.” On the other hand, Arjun tweeted, “This chokra is jawaan and in no hurry to get married.... @ParineetiChopra pls wait While I age gracefully and consider my options.” (Abhishek Bachchan's Epic Reply When Asked Why Amitabh, Aamir Were Serving Food At Isha's Wedding) 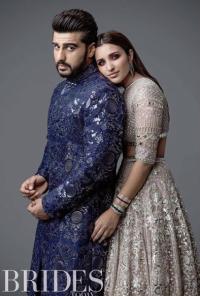 Well, it's good to learn that Parineeti has now officially come out in the open and refuted her wedding rumours with Charit. We hope to see her a bride soon.