'Pandya store' actor, Akshay Kharodia shared a cryptic note on his IG handle, leading to the speculations of troubles in his married life with Divya within one month of married life.

Of late, we have witnessed many divorces and separations. It had all started with TV actor, Karan Mehra and Nisha Rawal’s divorce rumours, which eventually came true, and then there were rumours of troubles in the married life of Indraneil Sengupta and Barkha Bisht. While a few days back, Aamir Khan and Kiran Rao ended their 15 years long married life, now, there are reports that Pandya Store actor, Akshay Kharodia is facing troubles in marriage within one month of it. 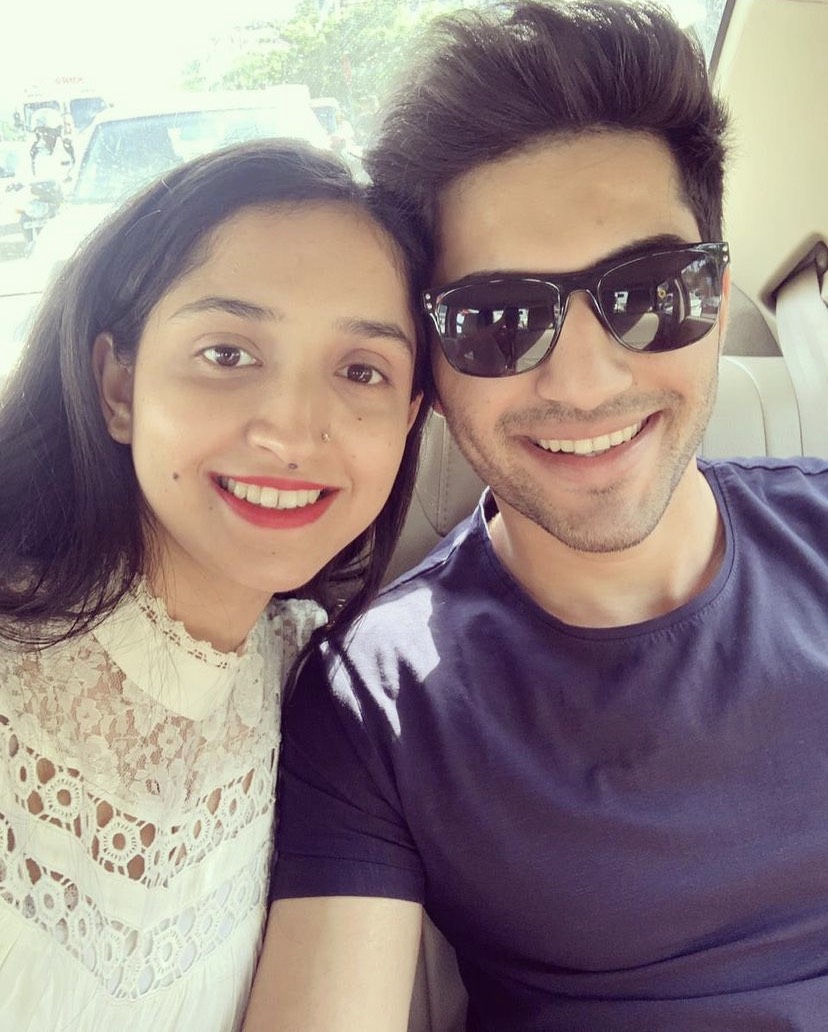 Exactly after a month of tying the knot with his girlfriend, Divya Punetha, Akshay Kharodia’s heartbroken post has led to the speculations of troubles in their married life. Taking to his IG stories, Akshay shared a cryptic post, which reads “Ek Mohabbat Thi #Heartbroken” with a heartbroken and teary-eyed emoticon. The cryptic post has made his fans wonder if the actor's married life has hit a rough patch in just one month of it. 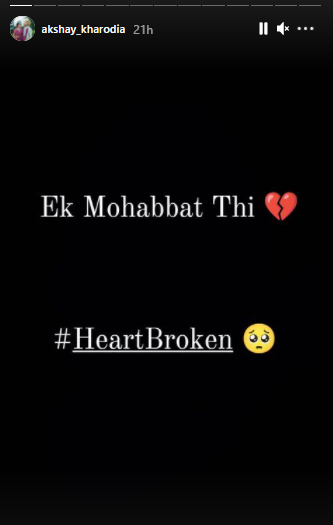 Just five days before posting the cryptic, heartbroken note on his IG handle, Akshay had shared a beautiful picture with his wife, Divya, from their wedding function. In the picture, Akshay and Divya were seen performing some rituals during the phere. Akshay had captioned the picture as ““Like a river flows, surely to the sea, Darling so it goes, Some things are meant to be.” A hundred hearts would be too few to carry all my love for you. @dr_divya_punetha.”

Recommended Read: When Dimple Kapadia Had Refused To Speak Anything Nasty About Her Ex-Husband, Rajesh Khanna 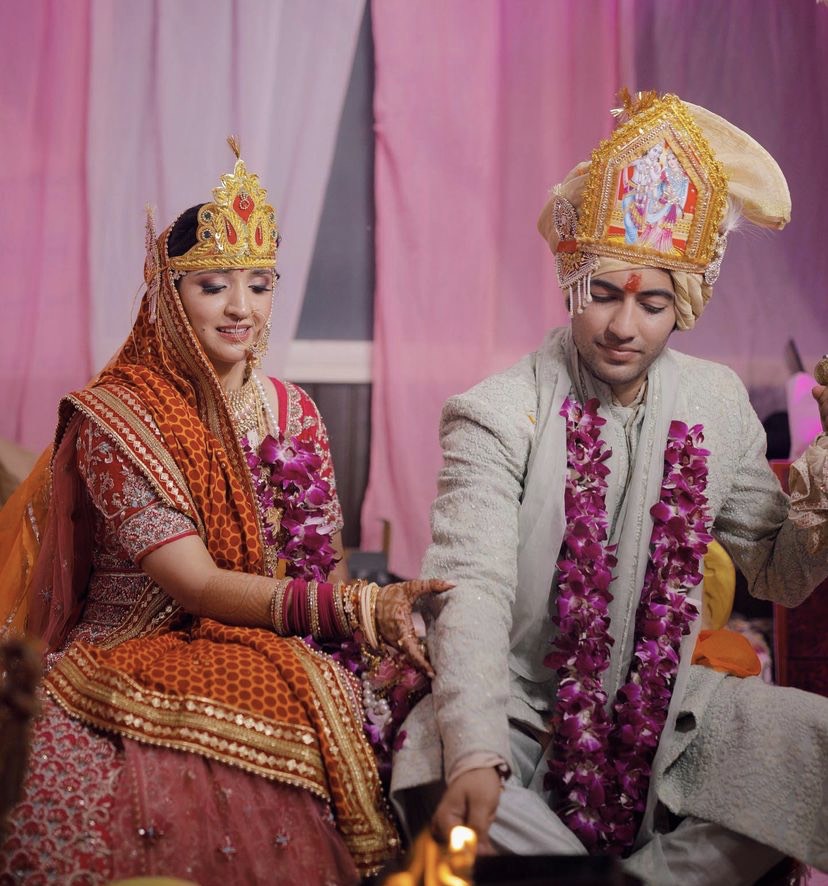 To announce his wedding with Divya, Akshay had taken to his IG handle and had posted two gorgeous pictures from the same with the caption, “Together and forever." He had later shared another set of pictures from their wedding to thank everyone and had written, “Thank you, everyone, for your love & blessing, both of us are so grateful to everyone for making our special day even more special.” For the wedding, Akshay had worn a sea-green coloured sherwani, whereas Divya had looked gorgeous in bright pink lehenga with heavy jewellery. 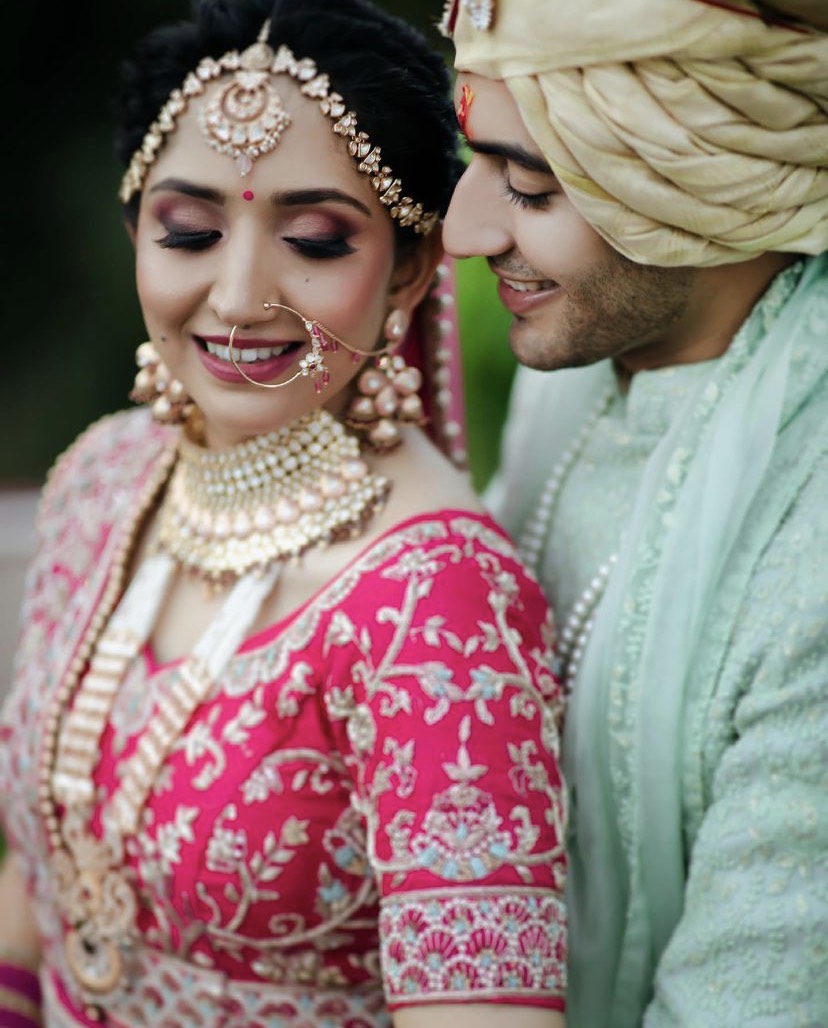 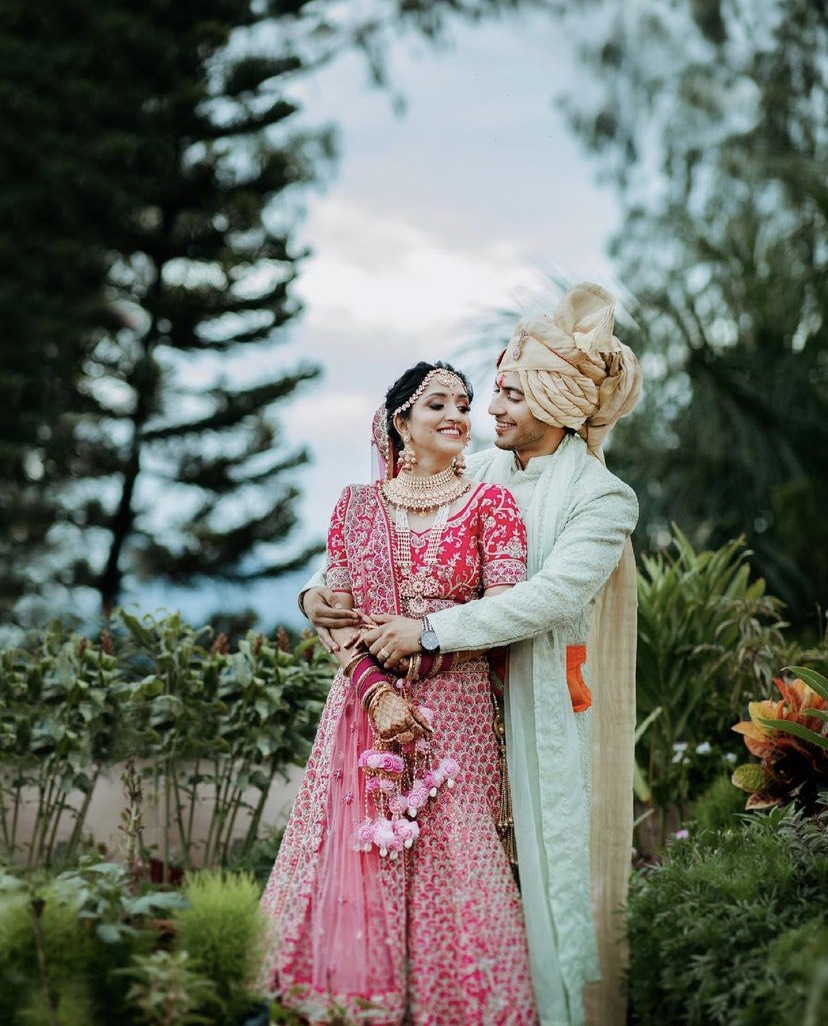 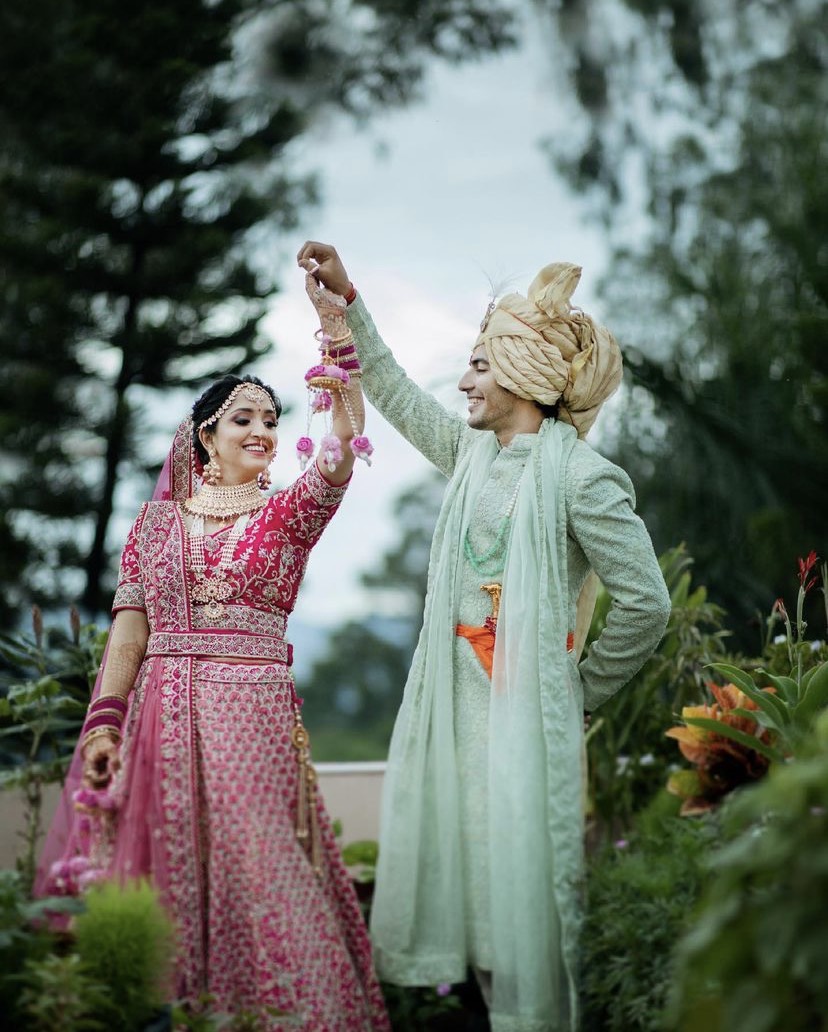 In a conversation with ETimes, Akshay had told that his wife, Divya’s parents, were not keen about their marriage due to their different religions. He had said, “She has been with me through thick and thin when I was nothing. Also, our parents were not very convinced about the marriage as she is a Brahmin and I am a Rajput. So they had their reservations.” 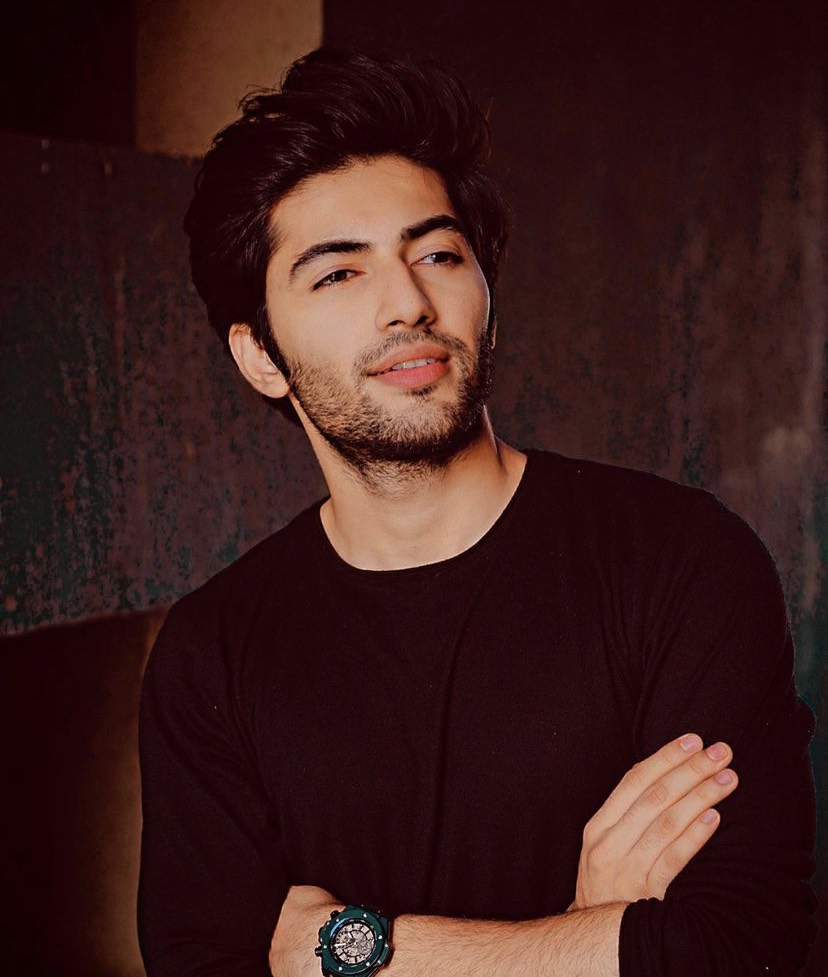 Talking about how Divya’s family was not sure of their wedding due to the nature of his job, he had added, “There were a lot of conflicts. I was not settled and Divya’s family, like every parent, wanted someone with a secure job. They would tell her that you are a doctor, he is an actor and what are you. But we kept faith and love won in our case. She supported me in my tough times." Akshay Kharodia has not made any official statement about the matter yet!

Next Read: Arjun Rampal Shares Unseen Pictures Of Son, Arik With His Step-Sisters On His 2nd Birthday