Palak Tiwari Reveals She Used To Cry For Looking Like Her Dad And Not Resembling Her Mom, Shweta

Palak Tiwari Reveals She Used To Cry For Looking Like Her Dad And Not Resembling Her Mom, Shweta

Palak Tiwari opened up about being compared to her mom, Shweta Tiwari and shared that she used to cry for looking like her dad, Raja Chaudhary. Check it out!

Television actress, Shweta Tiwari and her ex-first husband, Raja Chaudhary's daughter, Palak Tiwari has followed her mom's footsteps and had entered the acting industry. However, within a very few projects, the young actress has already made a special place in everyone's hearts. She came into the limelight with the music video Bijlee Bijlee with Harrdy Sandhu.

Apart from her successful career, Palak has been hitting the headlines for the last few days for her camaraderie with Saif Ali Khan's son, Ibrahim Ali Khan. However, Palak never misses a chance to put her best fashion foot forward whenever she steps into the city.

Also Read: Sanjay Dutt Talks About His Wife And Kids' Shift To Dubai, Says 'Their Happiness Over Everything'

Palak Tiwari's mom, Shweta Tiwari is her best cheerleader and the pillar of strength. Shweta Tiwari has well prepared her young diva to face the wrath of the online haters and trollers as she has decided to join the actors' tribe in her career. Talking about how she feels being compared to her mom, the glamorous daughter, Palak Tiwari recalled how she has been pinpointed as by the netizens in an interview with ETimes. She said:

"Comparisons with mom are inevitable! In fact, I have grown up with these comparisons. I have heard comments like, 'Yeh aapke jitni sundar aur talented hogi kya?' Since I look more like my father (actor Raja Chaudhary), I'd also hear comments like, 'Arre, yeh bap par nahi gayi'. I would punch my pillow dreading that my life was ruined because I didn't resemble my mother." Going further in the interview, the star kid shared how her mom, Shweta Tiwari had helped her to calm down in those situations and be her best self. Palak mentioned how she has known little detail about acting from her mother. Adding to it, she shared:

"My mom would keep telling me that I looked better. So, these comments don't scare me anymore and I take them sportingly because I adore my mother and hold her in high regard. I have learnt whatever I know about acting by watching her work. If people think that I am not up to that standard yet, I agree with them because I have a lot of work to do to reach her level. Hopefully, someday I will, but I would also ask them to go easy on me." 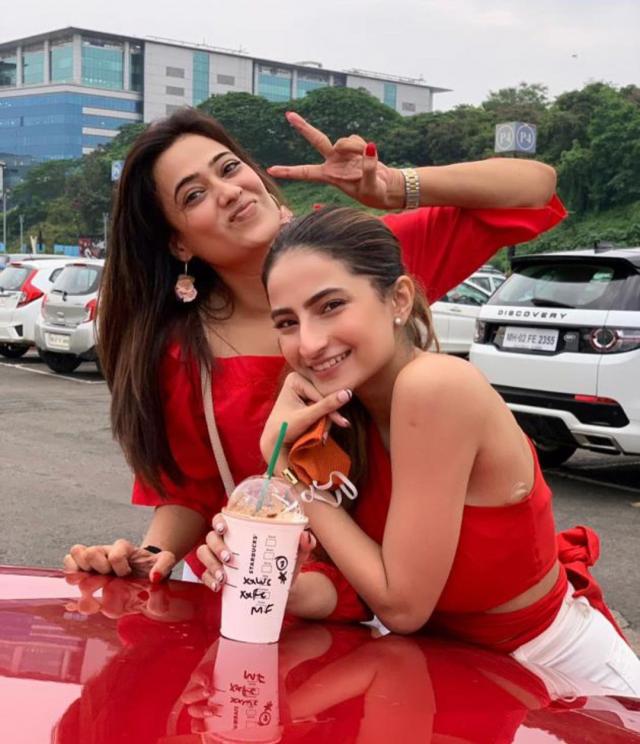 When Palak was asked why she had chosen films over television, the actress had the perfect answer. Palak Tiwari said that she doesn't want to draw any more direct comparison with her mother as Shweta has been in the telly world for more than a decade. And according to her, there is nothing more left to do than what her mother has already done. The glamorous diva feels she is more organically connected to movies. On the work front, Palak had made her Bollywood debut with the film, Rosie.

Don't Miss: Katrina Kaif Is Not Expecting, Her Team Clarifies And Dismisses Rumours About The Actress' Pregnancy