Bharti Singh's baby boy, Laksh decked up as little Krishna on Janmasthami. Check out the video!

Lord Krishna, the 8th incarnation of Vishnu, was born today in Mathura. Brought up by his foster parents, Kanhaiya rather had a mischievous and mind-blowing childhood, which would surely leave you in awe of him. From being the cute maakhan chor while growing up to killing his evil uncle in adulthood, Krishna’s adventures tales are a lesson for many. Described as tall, dark and handsome in Hindu mythologies, the nand lala had always been ahead of his time, propagating the theory of karma.

Today, across the nations, people celebrate Krishna’s birthday as Janmasthami. And celebrity couple, Bharti Singh and Haarsh Limbachiyaa were no different as they decked up their newborn son as chota Krishna. For those who are unaware, Bharti had embraced motherhood on April 3, 2022, with the arrival of a baby boy into her life. Soon after, her life got fulfilled with love, happiness and positivity. The woman who made the world laugh with her witty jokes finally got her own reason to smile. Not only Bharti! Even her hubby, Haarsh is overwhelmed with joy after becoming a daddy at the age of 35.

Recommended Read: Yuzvendra Chahal Opens Up On Rumours On His Separation With Dhanashree, Says 'Kindly Put An End' On August 18, 2022, Bharti Singh took to her IG space and shared a reel, featuring her darling hubby, Haarsh and their son, Laksh. In the video, we can spot Golla decked up in a cute avatar of Lord Krishna as his daddy was smothering him with kisses. Laksh looked cute as a cotton ball in a yellow-hued ensemble, paired with a Peacock feather on his head. And his infectious smile was to die for. Alongside the video, Bharti penned:

“Thankyou god for everything.”

Bharti and Haarsh are avid social media users, and they keep their fans updated by sharing sneak-peeks from their life on their YouTube channel, Life Of Limbachiyaas. A while ago, the doting parents had dropped a face reveal video of their son, Golla. In the video, w could spot Golla doing photoshoots and donning different cutesy costumes. But it was his little Krishna’s attire that swooned our hearts in split seconds. Laksh was surrounded by a peacock, maakhan and marigold flowers, as he was peeking out of a bucket wearing a bejewelled mukut like lord Krishna. 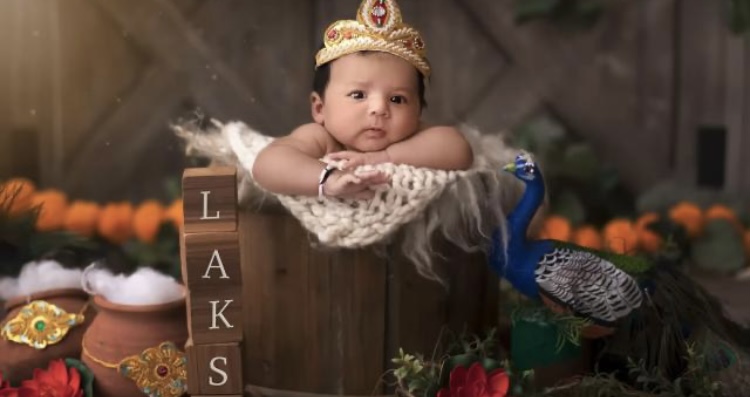 Earlier, the newbie daddy, Haarsh was papped by the shutterbugs on the sets of his show, The Khatra Khatra Khatra Show. He was asked to share some details about his firstborn, Golla. To which, Haarsh had revealed how his naughty baby boy does not let him and Bharti sleep at night. Talking about the same, Haarsh had shared: 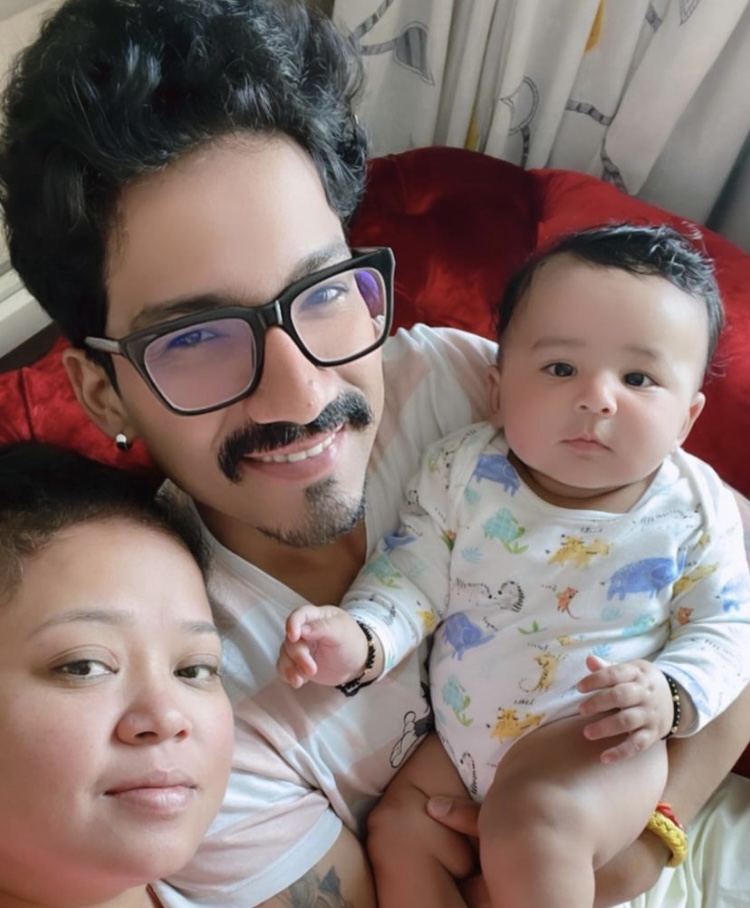 Laksh is indeed the cutest little Krishna we have ever seen! What do you think?

Next Read: 'KWK 7': Sidharth Malhotra Admits He Still Misses This One Thing About Ex-Girlfriend, Alia Bhatt