This Christian bride, who resides in the New York, looked ravishing in a minimalistic ivory lehenga from the shelves of ace designer, Sabyasachi Mukherjee for her Hindu wedding ceremony.

With every bride-to-be gearing up for the wedding season, we are witnessing ample of newly-wed brides, who stun us with their looks on their D-Day. Whenever we think of a wedding outfit, the laal shaadi ka joda for the bride is what comes to our mind. However, gone are the days when a bride would zero down on the traditionally stereotypical red outfit for her wedding. Nowadays, the would-be-brides love to experiment with colours.

Before her wedding, a girl always has the stress that how life after marriage would be like. To add to that comes the anxiety that she should look the best on her D-Day and people should remember it for the years to come. Recently, we came across a bride, who entrusted the ace designer, Sabyasachi Mukherjee with the responsibility of curating her wedding lehenga and no points for guessing that she looked absolutely royal on her big day!

Recommended Read: The Bride Perked Up Her Wedding Day Look In A Royal Pink Sabyasachi 'Lehenga-Choli' 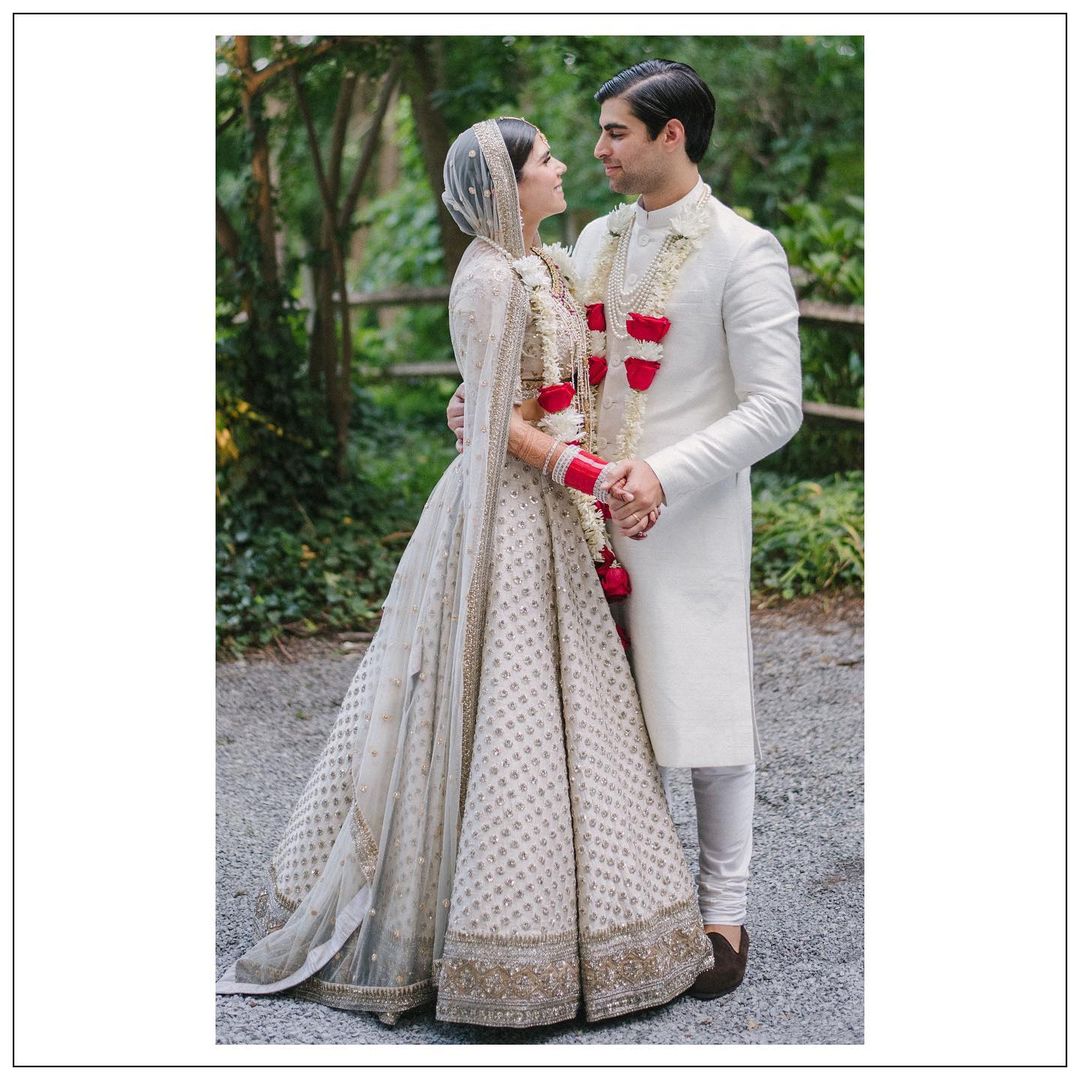 Bride, Christen Koufakis, who is based in New York City in the USA, had looked absolutely ethereal in her wedding couture. The Christian bride had chosen a minimalistic ivory lehenga from Sabyasachi Mukherjee. Her lehenga had linear embroidery work and intricate circular patterns all over the body. To make the lehenga look top-notch, the designer had added golden zari, resham and stone to make the then bride-to-be's outfit edgy. Along with her lehenga, Christen had opted for a plunging neckline blouse which was accentuated with golden thread embroidery all over it. The offbeat leafy motifs on the blouse along with a silver gota patti work on the sleeves and the neck hemline did full justice to her look. The bride's dupatta look was kept simple yet elegant. She had paired her lehenga with a white netted dupatta which had an intricately embellished hemline with a broad silver border. 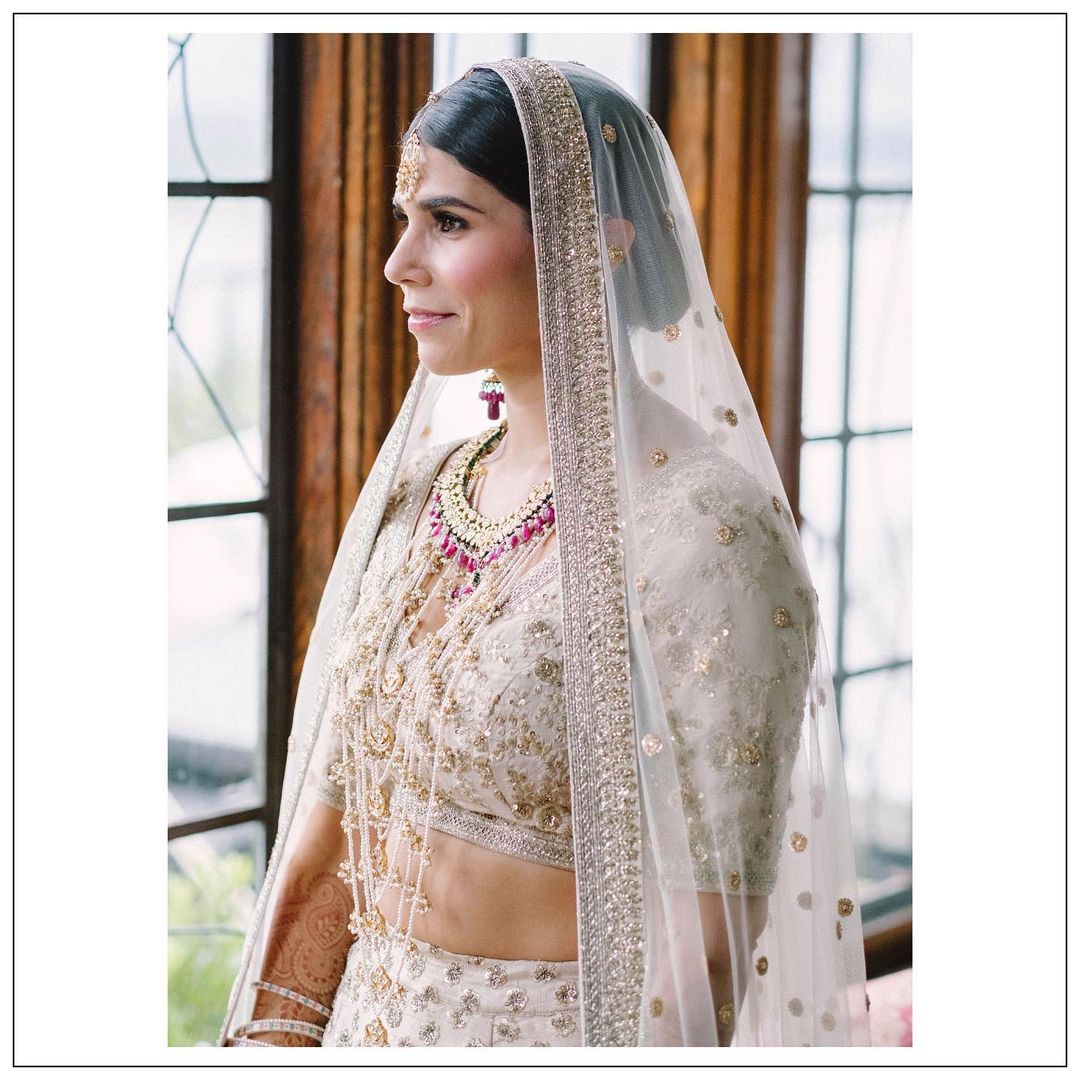 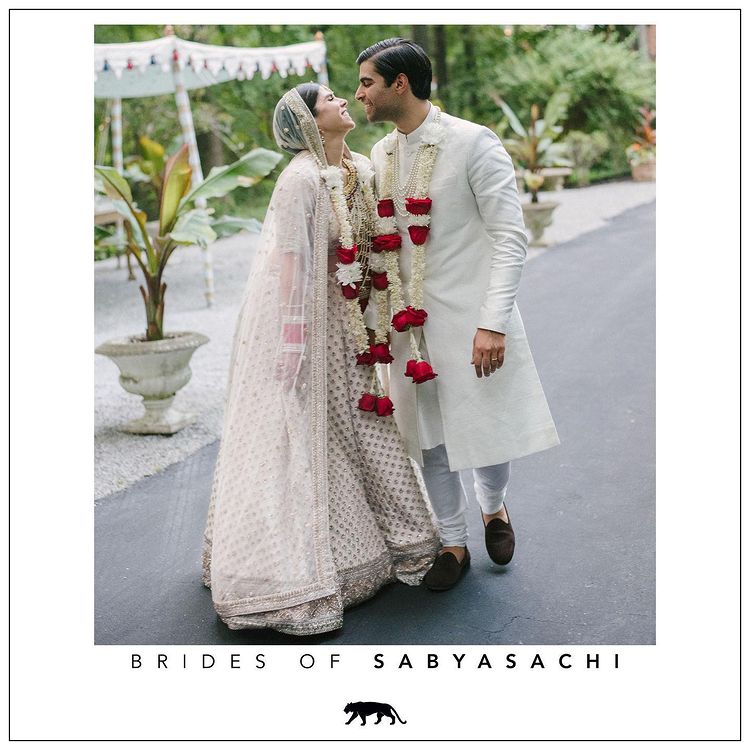 The bride, Christen Koufakis had a Hindu wedding, according to her then groom-to-be's traditions. However, she had the concept of a white wedding in her head. Therefore, she had chosen her outfit accordingly so that she could get the feeling of a white wedding. The bride exuded her Hindu dulhan look by flaunting her chooda and mehendi. The bride had donned a broad neckpiece with onyx beads along with matching earrings and had accentuated her look with a long motihaar. 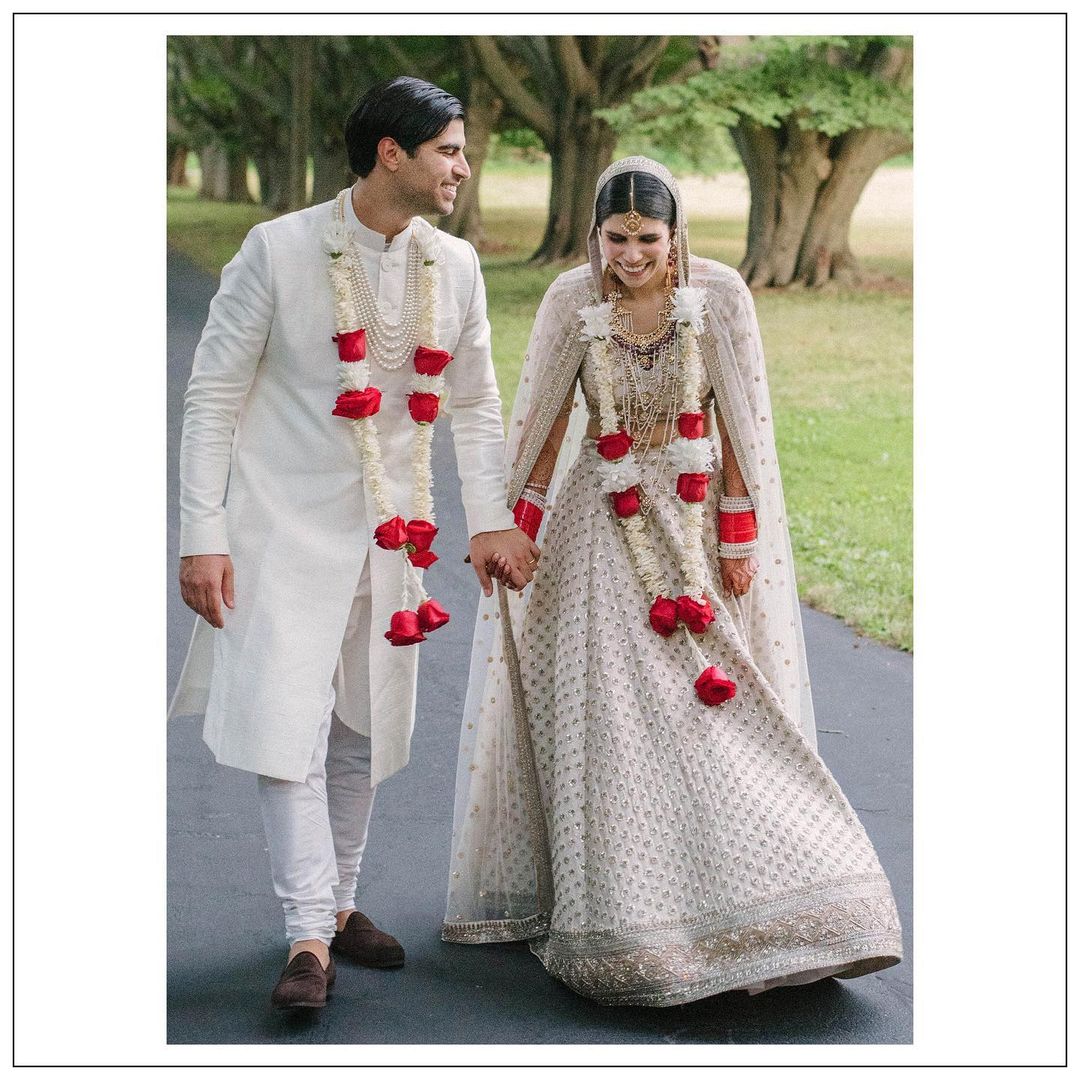 The bride had pulled up her hair in a middle-parted sleek bun and had completed her look with a maang teeka over it. For her D-Day, she had kept her makeup very minimal with a nude lip shade and a pink blush on her contoured cheeks. For her subtle yet elegant appearance, the then-bride-to-be had locked her wedding lookbook with high defined brows and thick lashes. 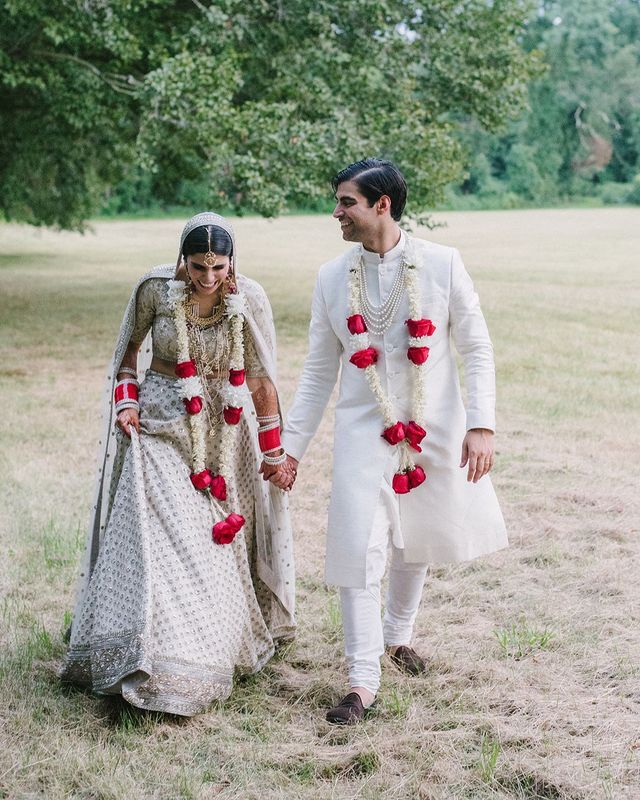 There is no doubt in the fact that Christen had made heads turn on her wedding. However, her groom-to-be had complemented his better half, setting some major fashion goals for all the couples out there. He had looked dapper in a white-coloured bandhgala sherwani suit. He had completed his look with brown juttis and the ring that had sparkled on his finger was a peek-a-boo moment for him and his ladylove. All the brides out there, who prefer a minimalistic look can definitely take cues from Christen's look. What do you think about the bride's wedding couture? Let us know!