Nityaami Shirke finally broke her silence over all the speculations over her breakup with Shantanu Maheshwari. Check out the details inside! 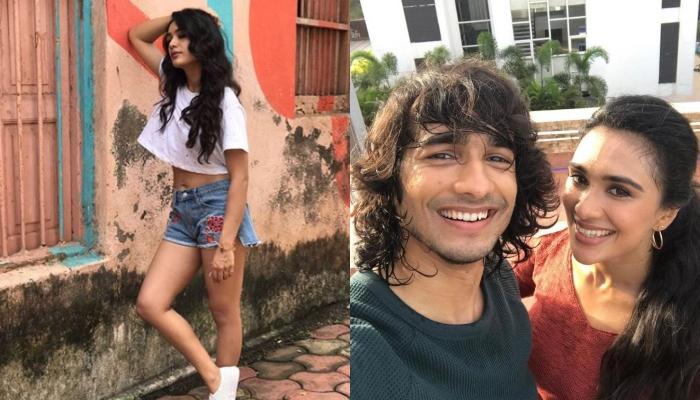 Somewhere some hearts are aligning together forever, weaving a new story of love, while some hearts are breaking, erasing the imprints of love with them. One more television couple has parted ways recently and we're shocked by the news. Scroll down to know who has sealed the final nail in the coffin by confirming their breakup rumours! (Recommended Read: Priyanka Chopra Is Going To Be A 'Chachi' As 'Jethani', Sophie Turner Was Spotted With A Baby Bump)

Having met in the business, although it was not love at first sight for either of them, but with time they had understood that they were meant to be more than 'just friends'! Yes, we're talking about Shantanu Maheshwari and Nityaami Shirke, whose amazing chemistry had made us swoon our hearts for the couple. But sadly, all that is yestertime's news now, as the couple has broken up for good. Scroll down to know more!

Nach Baliye 9 couple, who had impressed us with their insanely on-point chemistry, Shantanu Maheshwari and Nityaami Shirke have parted ways. It was Nityaami, who put all the speculations to rest and bared her heart out in an interview with Bombay Times. She said, "Shantanu and I started dating around April 2019, while we were shooting for the promos of a web series. During Nach Baliye, we were getting to know each other. Being on the show helped us bond because we dealt with a lot during those five months. Nothing ever went wrong with our relationship. It’s just that we realised that we are better off as friends. We called it quits in February this year. However, he is still very much a part of my life and a good friend. And, we prefer it that way."

Shantanu and Nityaami had met on the sets of Medically Yourrs and had fallen head over heels in love with each other. While dating, they had participated in Nach Baliye 9, where their relationship had gone through a rough patch with lots of ups and downs. They had even been blamed for faking their relationship to enter in Nach Baliye as a couple. According to SpotboyE report, the duo wasn’t in love when they were approached for Nach Baliye 9. It is reported that Shantanu and Nityami had faked their relationship to perform in the show! The reason behind the same was either speculated to be the channel pairing these two up as lovers or Shantanu and Nityami themselves posing as 'fake' lovers. The reality behind these conjectures is still blurred! (You May Also Like: Sameera Reddy's 5-Year-Old Son, Hans Feeds His 10-Month-Old Sister, Nyra, Performs His Brother Duty)

Shantanu had announced his love for Nityaami before the world through his social media, as he had taken to his Instagram handle and had made his relationship official by posting a cosy picture with her. In the caption, Shantanu had written his heart out and his note spoke volumes of love they had shared and it could be read as "I'm a private person and I like to keep things like that but now that I’m doing #nachbaliye, my relationship is out in open. So confirming that YES I’m dating @nityaami.shirke and we are in this 'like' phase of our relationship. We both never thought we would end up dating each other when we first met as my ek tarfa pyaar was still prevailing in my heart and we hail from very different backgrounds, but somehow we connected." Well, all this is in the past and the couple is happy being just friends with each other. (Also Read: Misha Kapoor Pampers Mira Rajput Kapoor With A 'Parlour Sesh' At Home As Mommy Reads Her A Storybook)

What do you think about Shantanu Maheshwari and Nityaami Shirke's breakup?