It was the most lavish, grand, starry much awaited and talked about engagements of all time. Who’s who of Bollywood land, cricket world, business arena and public figures were in attendance for the ceremony. The mention is of business tycoon and richest man of the country, Mukesh Ambani’s son Akash Amabani’s engagement. Akash Ambani exchanged rings with the diamond merchant Russell Mehta's daughter, Shloka Mehta on June 30, 2018. (Must See: Sonam Kapoor Ahuja Recalls Her First Date With Hubby Anand S Ahuja, 'Bad Sneakers' Played Cupid) Akash and Shloka’s engagement was an event more than just a ring ceremony, which took place at the Ambani’s residence, Antilia. The lovebirds who entered the venue hand-in-hand looked like a dream at the do. While the groom-to-be’s dapper look stole everyone’s heart in a maroon-coloured bandhgala kurta teamed up with a white pyjama, the bride-to-be, on the other hand, looked stunning in a pink embroidered lehenga. She accentuated her look wearing a heavy diamond neckpiece and a maang teeka. (You May Also Like: 'Yeh Hai Mohobbatein' Fame Mihika Varma Is Expecting Her First Child, Shares A Pic With Baby Bump) 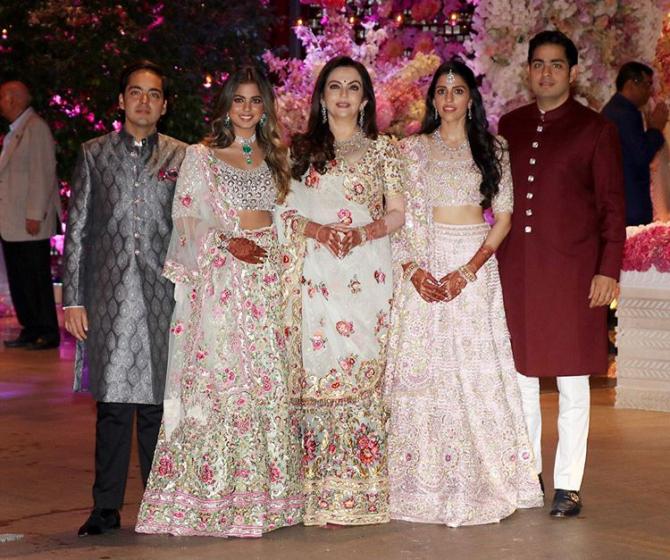 Well, as we have said it was an event, performances by the family members and guests would have been a ‘must-thing’. While there are a number of videos of performances floating on the internet, there is one which has gone viral and that is of the maa-beti­ jodi – Nita Ambani and Isha Ambani. This stunning and dancing diva duo danced and wowed everyone on the song, Shubhaarambh. Here’s the video, check out:

Aren’t Nita and Isha Ambani like superb dancers? The event was a star-studded one where who’s who of the Bollywood land and other spheres were present. The guest list was inclusive of Vaibhavi Merchant, Vidhu Vinod Chopra with his wife Anupama Chopra and their kids, Kajol, Karan Johar, Ashutosh Gowarikar with his wife, Sachin Tendulkar with wife Anjali Tendulkar and daughter Sara Tendulkar, Javed Akhtar with his wife Shabana Azmi, Anil Kapoor with his daughter Rhea Kapoor, Vidya Balan and Siddharth Roy Kapur, Aishwarya Rai and Abhishek Bachchan with daughter Araadhya amongst many others. All these stars made Akash and Shloka’s engagement even more regal. (Check Out: 'Nayi Dulhan' Rubina Dilaik's Crazy Dance On 'Badri Ki Dulhania' Right After Her Mumbai Reception) 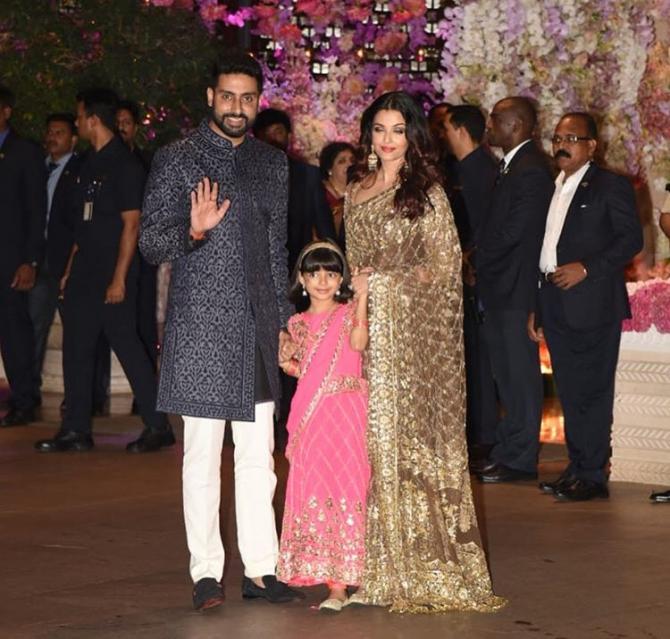 In an interview earlier, mommy Nita Ambani opened up about her son Akash’s engagement with Shloka. Here’s what she was quoted as saying, “I have known Shloka since she was four and we are all delighted to welcome her to our home and our hearts.” Also, a source close to the Ambani family told the media, “Shloka is a very charming girl, extremely cultured and it’s difficult to say which of the two families is lucky with this upcoming marriage.” (Must Read: Shweta Tripathi And Chaitnya Sharma's 'Saat Phere' And 'Mangalsutra' Ceremony, Videos Inside!) Of late, Akash talked about his childhood love, Shloka, and retorted this in a media interaction, “I am truly happy that our friendship has blossomed into love and Shloka and I are getting married, she is a truly special and extremely kind-hearted person." On the other hand, Shloka gushed, “Despite years and busy schedules, we have always found ways to stay connected. Akash is incredibly grounded, and we share a bond based on meaning and memories. We don't just get along - we also support each other's hopes and aspirations and are determined to build a sense of purpose into our lives together. We are lucky to have a love that began with being best friends and luckier still to have such supportive families."

Imagine if their engagement was so royal and majestic, how grand would be their wedding? We are sure you all would be eagerly waiting for it.