Nihaar Pandya and Neeti Mohan are one of the most adorable couples. On November 18, 2019, Neeti turned a year older and her husband wished her by writing a cute message for her. 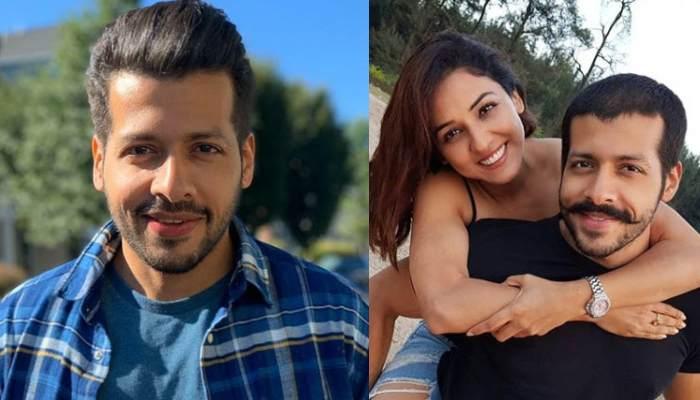 Neeti Mohan and Nihaar Pandya became each other’s on February 16, 2019, when they had tied the knot at Falaknuma Palace in Hyderabad and were pronounced as husband and wife. The much-in-love couple dated each other for a while before taking the marital vows. The lovely couple, who are going to celebrate one year into their marital bliss, had been posting lovely pictures with each other on their respective social media handles. (Also Read: Shehnaaz Gill's Father, Santok Singh Sukh Talks About His Daughter's Linkup With Paras Chhabra)

Birthdays are the most awaited day of the year and it becomes even more special if it is celebrated with someone special. From the midnight surprises to the much-awaited fun-filled parties, we wait for our birthdays and make sure to celebrate it with our family and friends. Neeti Mohan is undergoing through the same emotions as she turns a year older today.

On November 18, 2019, Neeti Mohan turned a year older and her husband made sure to wish his lovely wife in the most romantic manner. He took to his Instagram handle and shared a lovely picture of Neeti and himself. Neeti looked gorgeous in her traditional best and Nihaar too looked dapper. With the picture, Nihaar penned down a beautiful birthday wish for Neeti which could be read as “Tere chehre se Nazar nahi hat-ti, Nazaare hum kya dekhein. Happy Birthday my love.” 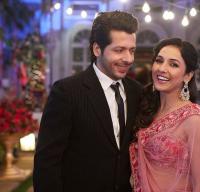 He also posted some pictures from the party. In one of the pictures, Nihaar could be seen with his saalis, Shakti, Mukti and Kriti and captioned it as “concoction of Love, Madness, Fun and Support look like this.” Nihaar is quite a famous jeeja among his saalis and shares a great rapport with them. In the party pictures, Neeti looked smashing in a shimmery black short dress and her husband complemented her in a matching black shirt and dark beige pants. (Also Read: Arhaan Khan Confesses His Feelings For Rumoured Ladylove, Rashami Desai Post Eviction From BB House) 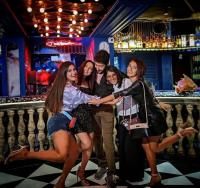 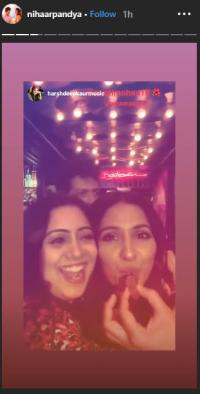 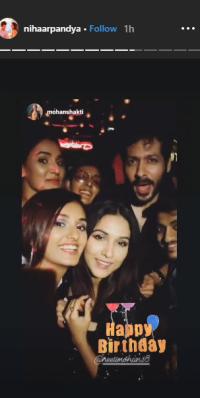 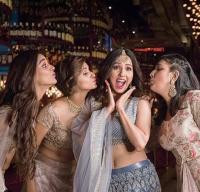 Opening up about their love story, Neeti had gone on record on The Kapil Sharma Show and had stated, “A friend of mine was a member of Aasma, the band that Neeti was a part of at the beginning of her career. I asked him several times to introduce us but that never happened. Coincidentally, I met her in Goa at the same friend’s wedding almost a year ago, and that’s when our love story started” In an interview with SpotboyE, the Socha Hai singer had revealed how love happened between her and Nihaar, “We both have strong values and quite similar ones. I think Jimmy knew that, and trust me, he was very sure that we would click. He introduced us at a wedding, where Nihaar was accompanied by his parents. They met me very warmly and there was an instant connection with not just Nihaar but also his family members.” 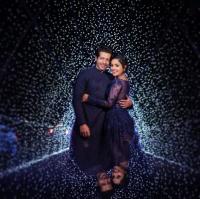 She had further added, “After that, Nihaar met my parents. My Dad loved him almost instantly. He used to keep saying, "I have four daughters. Why is none of them getting married?” She also revealed Nihaar’s quality that attracted her towards him, “Well, I am beyond gauging a person based on his looks. I try to gauge the inner core of the person, which I think is so prevalent in Nihaar.” (Also Read: Shloka Mehta's Unique Choli With A Gorgeous Pink-Coloured Lehenga Is An Inspiration For Bridesmaids) 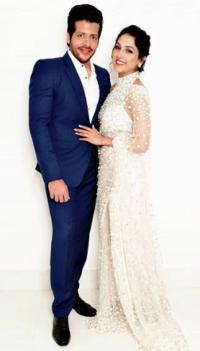 Ishq Wala Love, Jiya Re, Nainowale Ne, Tune Maari Entriyaan, etc. fame singer, Neeti Mohan walked down the aisle with the man of her dreams and Manikarnika: The Queen of Jhansi actor, Nihaar Pandya on February 15, 2019, which was preceded by the mehendi, sangeet and engagement ceremonies on February