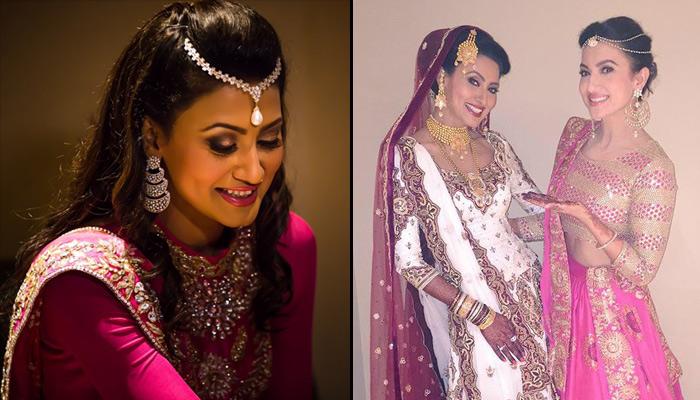 The wedding was preceded by a mehendi and sangeet ceremony on July 22. The Khan sisters who have been known for their reel as well as reality TV stints, had left for Dubai a few days earlier in the week to take care of the wedding preparations, and were really excited about the ceremonies.

Take a look at these exclusive pictures from Nigaar Khan’s wedding celebrations in Dubai.

The news of the wedding first broke, when Nigaar and Gauahar's friends released pictures from the ceremony on Instagram with the hashtag #nigaarkishaadi.

Nigaar looked absolutely goregous in a traditional white and red lehenga with golden work and a heavy red net duppatta. It was a MapxencaRS outfit, by ace fashion designers Riddhi and Siddhi.

Dulhan ki behen, on the other hand, wore a heavily embellished pink and gold lehenga of the designer label, Surendri by Yogesh Chaudhry. She was styled by Devika Bhatt, who also shared pictures of Gauahar's look on Instagram.

Congratulations to the couple!