The most-awaited couple dance reality show, Nach Baliye, is finally here with a new season, with some amazing couples and dhaansu dance performances. The real life baliyes are holding back nothing from showcasing their brilliant “romance wala dance” moves on stage. Whether it’s ‘Monaya’ grooving to ‘nashe si chad gayi’ or ‘Divek’ to the romantic ‘gerua’, watching these much in love couples is a treat, especially when they are newlyweds.

Basked in love from top to toe, these couples leave you with a warm, fuzzy feeling and lots of positivity. Let’s take a look at the newlyweds who came on Nach Baliye and shared their innumerable memorable moments and sweet stories with us.

Recommended Read: 13 TV And Bollywood Celebrities Who Separated After A Decade Long Relationship Why should you waste your time in courtship when you are truly, madly and deeply in love with each other? Divyanka and Vivek are definitely that couple who didn’t waste any time once they found out they are meant for each other. The madly-in-love couple, Mr. and Mrs. Dahiya or lovingly known as Divek, is now a part of the popular dance reality show Nach Baliye, where their fans can watch them romance, dance and engage in some fun banter on stage. Don’t miss the show if you want to watch their adorable moments and brilliant performances on screen. 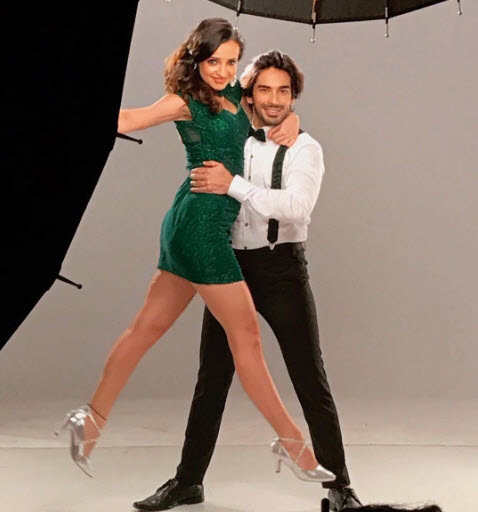 The eighth season of Nach Baliye also includes the saccharine sweet couple Sanaya Irani and Mohit Sehgal, lovingly known as Monaya to their fans. The couple got married last year in January after Sanaya’s stint in Jhalak Dikhhla Jaa. And now, she is back with her baliye to fulfil all her fans’ wishes of seeing them together on the small screen. Although Mohit and Sanaya both are non-dancers, Sanaya has already proved her dancing skills in Jhalak Dikhhla Jaa. We are yet to see how this jodi performs in the upcoming episodes.

Also Read: 8 Bollywood Divas And Their Adorable Moments With Their In-Laws 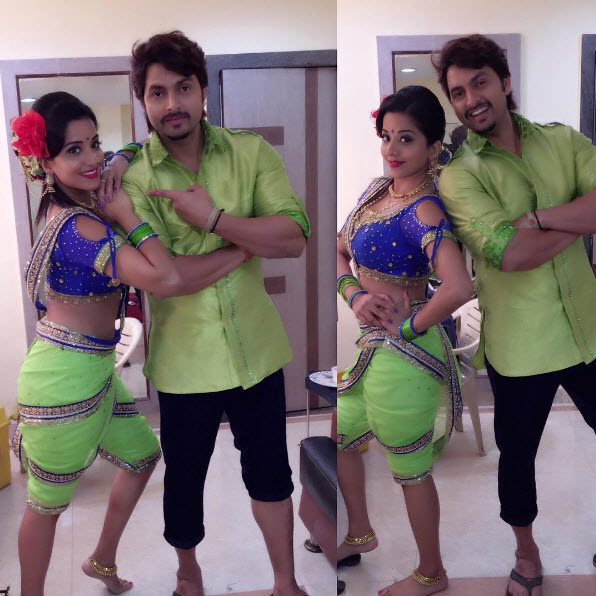 The bindaas couple that got married on the sets of Big Boss 10 this year is now a part of Nach Baliye. This newlywed couple is already setting the stage on fire with their dance and sizzling on-screen chemistry. It seems obvious that they want to leave no stone unturned in proving their worth to the janta and the judges. We definitely do not want them to get too hot and steamy on the dance floor, but adorable PDAs like a quick smooch in between performances wouldn’t be bad. 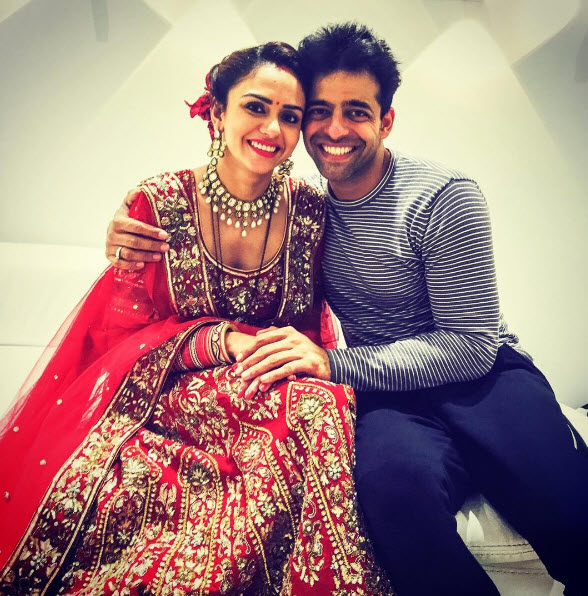 This couple gave winning performances one after the other and won the title without stirring any controversy in the seventh season of Nach Baliye. They won everyone’s heart with their unbeatable performances and down to earth nature. Most eyes were on Karishma-Upen, Nandish-Rashmi and Mrunal-Sharad, but Himanshoo with his baliye, who he had just gotten married to, took everyone by surprise with their dancing skills.

Must Read: 13 Famous Television Love Triangles That Kept Everyone Guessing 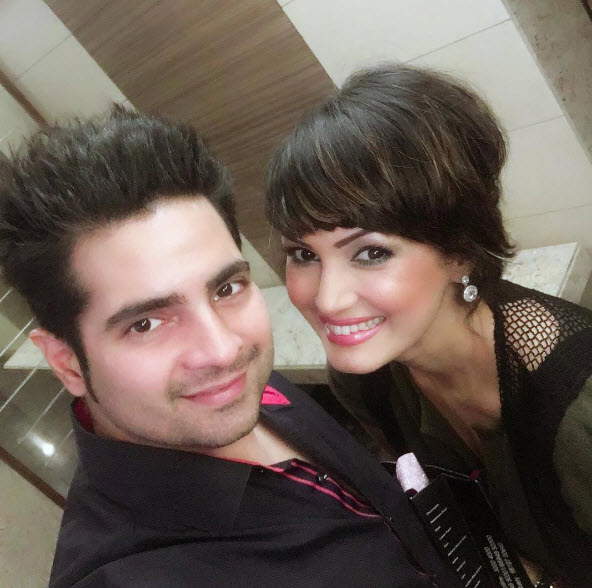 Till date, this couple is considered one of the cutest jodis of small screen. Their adorable love story makes us believe that fairytales do exist. Karan and Nisha met on the sets of Nisha’s debut film and fell in love. After dating each other for six years, the couple tied the knot in 2012. It was the same year, when we saw their sizzling chemistry and romance on Nach Baliye 5. Nisha and Karan were often caught on camera, holding each other’s hand and whispering sweet nothings. They were the cutest couple of that season and managed to score fifth position. The couple is expecting their first child in 2017. 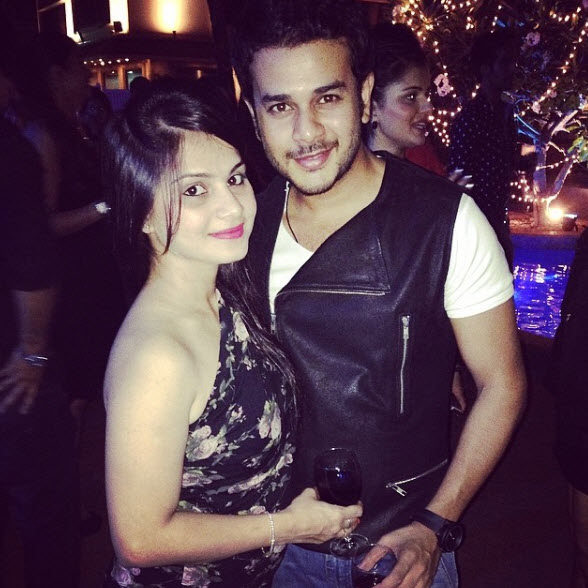 Jay Soni, popular for playing the character of Ishaan in Sasural Genda Phool, was a participant in the seventh season of Nach Baliye with his lovely wife, Pooja Shah. Being an outsider to the small screen industry and newly married to Jay Soni, Pooja was fun to watch! Watching the couple together on-screen was a treat to the eyes of the fans. Being non-dancers, Jay and his baliye got eliminated quite early from the show because the scores were not in janta’s hand, but the judges’. The Saas Bina Sasural famed actress Aishwarya Sakhuja shared an amazingly beautiful chemistry with her hubby Rohit Nag on-screen in Nach Baliye 7. From performing romantic to passionate acts, they were able to surprise the judges every time they made an appearance on stage. Just a few months after their marriage, the couple, both of them non-dancers, managed to reach the 6th position among the 13 contestants. 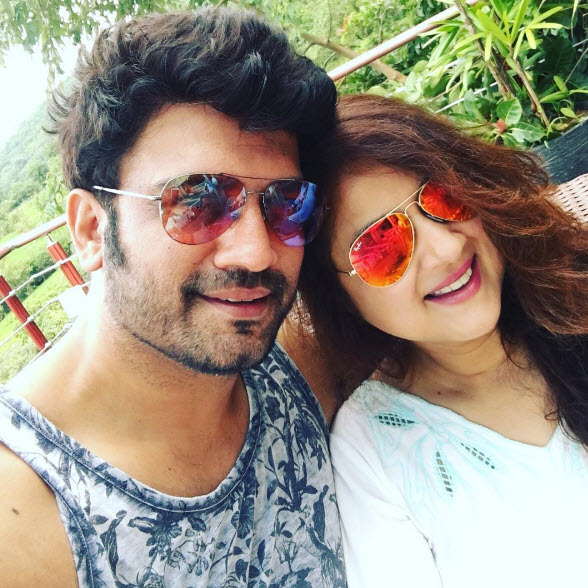 A few years ago, Sharad Kelkar and Keerti Gaekwad were one of the favourite TV couples, after acting together in various serials like Saat Phere and Sindoor Tere Nam Ka. After getting married in 2005, the gorgeous couple participated in the second season of Nach Baliye. However, despite their popularity, they were not able to reach in the top 5 list, and got eliminated quite early from the show.

Are you watching Nach Baliye 8? Who is your favourite jodi this year? Don’t forget to tell us in the comments section below, and we wish these lovely jodis all the best in life. 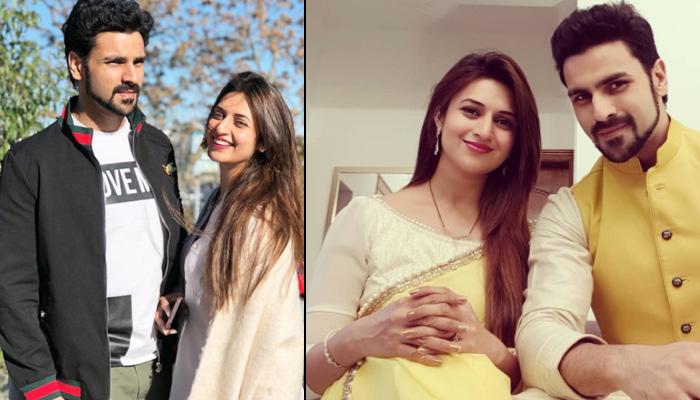 They are lovely, they are super-talented, and ever since they got married, they have been the talk of the town. These two are too good to be true, which is why fans love them so much. Divek (as their fans fondly call them) walked down the aisle July 8, 2016,