Neil Nitin Mukesh got engaged to his fiancé Rukmini Sahay in October, 2016, and their engagement was a much talked about affair. It became the talk of the town for a number of reasons, the first one being that it is an arranged match. 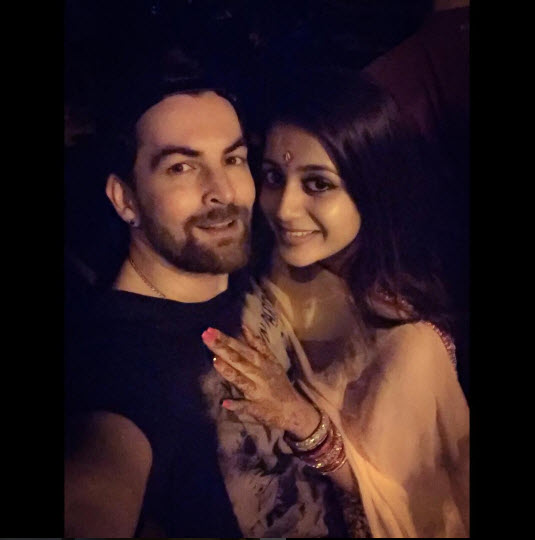 After almost four months of the engagement, the gorgeous couple is all set for their wedding festivities that will be held in Udaipur between February 7 and 9, 2017. Just as the grand celebrations are nearing, so is the excitement. And why we so confidently say that the wedding will be grand is because we have a picture of the wedding card to show you. 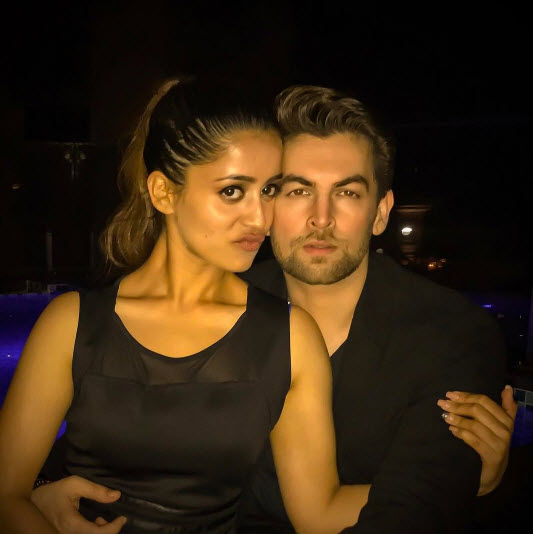 The invitation is really regal and exudes elegance and grace. The brown and golden-themed card has been sent to all close family and friends of the to-be-married couple. The cover of the box carrying the invitation has been designed beautifully, keeping the heritage of the Mukesh clan in mind. It has Neil and Rukmini’s name embossed on it, and their initials are tastefully placed in the center with two majestic peacocks facing one another. The invite is such that will impress all his guests to a huge extent.

You Might Like: Somya Seth Aka Kaurwaki of 'Ashoka' Gets Hitched In A Secret Ceremony In The US 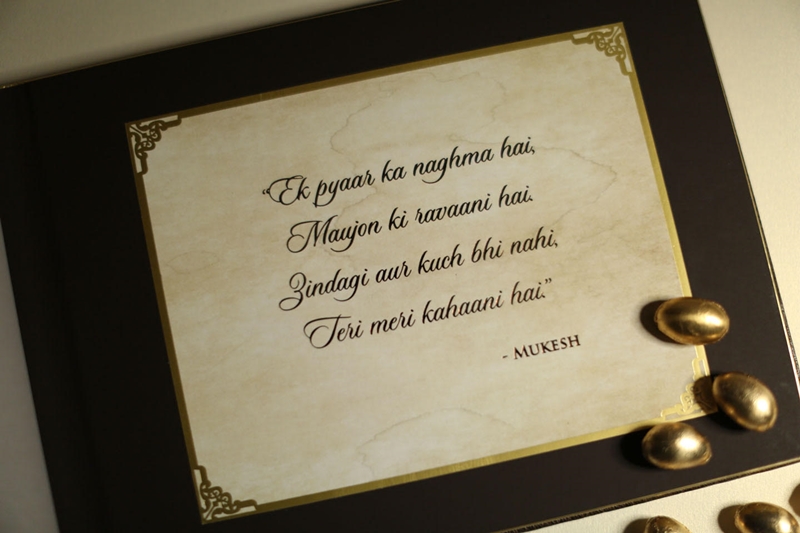 In an interview with a leading online journal, Neil Nitin Mukesh said the following about this gorgeous invitation card:

“We wanted the invite to be very personal and hence we decided to go with a compilation of memories. Everything starts and ends with Mukesh in our upbringing and the entire conceptualization for the invite came from my father and my mother. It is like a series of love ballads springing to life and I’ve already received so many calls from well-wishers telling me how much they have loved the thought behind the invite.” The invite has been designed like a coffee table book in which each page reads out a different story about the couple. It is like a fairytale being narrated, with lyrics from Neil’s grandfather and famous musician Late Mukesh ji’s iconic songs printed before each new page of the card. Every invite has been sent out with a box of delicious chocolate-walnut brownies from ‘Country Of Origin’ and an embossed semi-precious coin. Talking about the celebrations, the first event on the 7th will be the engagement followed by the mehendi and the sangeet on the 8th. February 9 will be the big day as there will be the haldi, chooda and the wedding ceremony followed by a family dinner and a cocktail party. 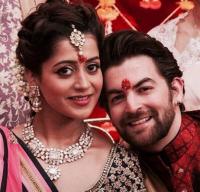 The destination wedding at Radisson Blu will be a close-knit family affair. A reception will be held in Mumbai on February 17, which will be be a grand affair that will see the whos-who of Bollywood in full attendance. 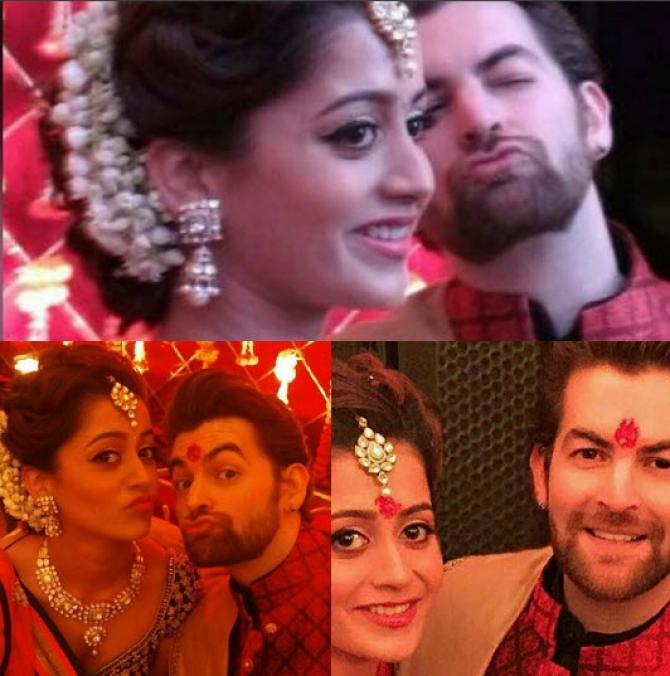 Recommended Read: What's Not In A Name: Bollywood Divas And Their Post Wedding Surname Game

We are very excited for Neil and Rukmini’s impending wedding, as we can already feel how grand and beautiful it will be, and we know our readers are excited too. For more updates on their union, stay tuned with BollywoodShaadis.