Neil Nitin Mukesh and Rukmini Sahay had welcomed their little angel, Nurvi on September 20, 2018. Today, Nurvi turned 1 and the elated father posted a picture with her to wish her 'Happy Birthday'. There is no greater joy than seeing your little one growing up in front of you. You like to spend as much time as possible with your little version and capture all their moments in your eyes and memories. From their first teeth to their first word, you want to hold on to all the little moments of your kids. Time flies in a blink of an eye and soon it is the moment when your little one achieves his/her first milestone and turns 1!

Saaho actor, Neil Nitin Mukesh had tied the knot with Rukmini Sahay in 2017 and the couple had welcomed their little angel, Nurvi on September 20, 2018. And on the occasion of Daughter’s Day (September 23, 2018), the then-newbie daddy had taken to his Instagram handle and sharing the first picture of his angel, Nurvi, he had captioned “NOW EVERYDAY IS DAUGHTERS DAY”, followed by heart emojis. (Recommended Read: Sonam Kapoor Ahuja And Anand S Ahuja Recreate Their Wedding Picture And It Is Oh So Romantic) 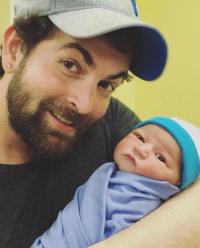 Neil is on cloud nine as time has flown so fast for him and the entire Mukesh clan, and they must be dancing on the tunes of ‘Happy Birthday’ today. On September 20, 2019, Neil Nitin Mukesh and Rukmini Neil Nitin Mukesh’s little bundle of joy, Nurvi turned 1. Neil took to his Instagram handle and shared an adorable picture with his little angel, wishing her on her first birthday. In the picture, Neil is holding his not-so-little-anymore daughter, Nurvi in one hand and from the other hand, he could be seen making a 1 with his finger. He captioned the picture as “My baby is 1 today”, followed by a bunch of heart emojis. Take a look at the adorable picture: Neil's birthday post for Nurvi was immediately flooded with well-wishes from his fans and B-town colleagues. He shared his cousin and casting director, Shanoo Sharma’s birthday wish for Nurvi on his Instagram story. Wishes started pouring in from all corners. Singer-turned actor, Sudanshu Pandey could not keep calm with the fact that time has flown so fast and little Nurvi has turned 1. He wrote, “@neilnitinmukesh already?? oh god bro... How time has flown... Wishing the laddoo happy birthday... Loads of n only love.” Here are a few from the lot: 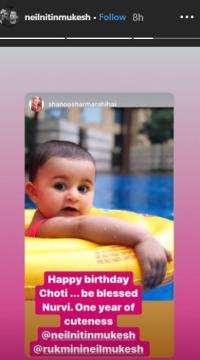 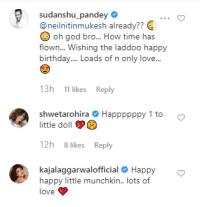 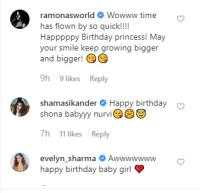 September 22, 2018, was the day when Neil Nitin Mukesh had shared the good news of the arrival of his little munchkin. The elated newbie father had taken to his Instagram and sharing the news, had captioned the post as “Rukmini and I are proud to announce the arrival of our darling daughter, Nurvi. The entire Mukesh family is elated. Both mother and daughter are well by the Grace of God." 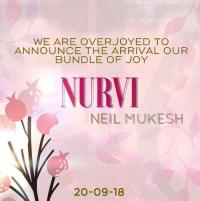 Neil and Rukmini’s little munchkin, Nurvi is already a star. When she was just 4-months old, she had visited her father, Neil on the sets of his movie, Bypass Road in Alibaug and she was seen happily posing for the cameras. Neil had taken to his Instagram and had shared the news by sharing the picture from the sets. He had captioned the picture as “So someone who is celebrating her 4th month has come to see her papa work on the sets of “Bypass Road” in Alibaug, while she herself is busy posing for the paparazzi #bypassroadmovie #bypassroad #mystar #star #daughter #angel @naman.n.mukesh." (Suggested Read: Parth Samthaan Hosts Crazy Housewarming Party For Kasauti Friends, Only Erica Fernandes Was Missing) 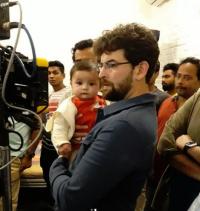 2019’s Ganesh Chaturthi was extra special for the Mukesh clan, as it was the first time that little Nurvi was accompanying them for the celebrations. Little Nurvi was all decked up and was looking all drool-worthy in a pink-coloured lehenga and a maang teeka. And we must say, she was looking 'oh so adorable'! 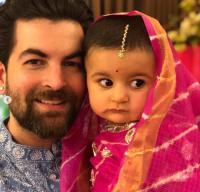 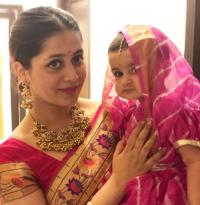 Neil Nitin Mukesh’s wife, Rukmini Neil Nitin Mukesh loves to share pictures with her daughter, Nurvi and on the occasion of Ganesh Chaturthi also, she had shared pictures with her. Rukmini had taken to her Instagram stories and had shared a cute picture with her angel, Nurvi from the Ganpati celebrations. The mother-daughter duo was seen twinning in green lehengas. Atop the picture, Rukmini had written, “Twinning with my cupcake.” 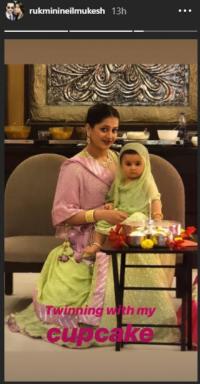 This year’s Ganesh Chaturthi had become even more special for the Mukeshs by the presence of legendary singer, Asha Bhosle. She had paid them a visit to seek the blessing of Gannu ji. Asha tai's presence had added extra joy to the celebrations for the Mukeshs. On September 8, 2019, Neil had taken to his Instagram and shared a video in which Asha tai could be seen singing a lullaby for little Nurvi. Aww! Take a look at the cute video: (Do Read: Kajol Devgan And Nysa Devgan Share An Uncanny Resemblance With Each Other, Here Are The Proofs) 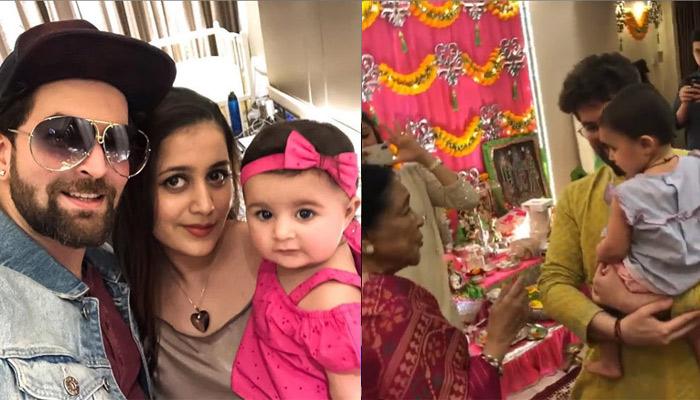