Neil Nitin Mukesh shared an adorable video of his little baby girl, Nurvi dancing on 'Ban than chali dekho' and it's so cute, we have watched it a gazillion times! 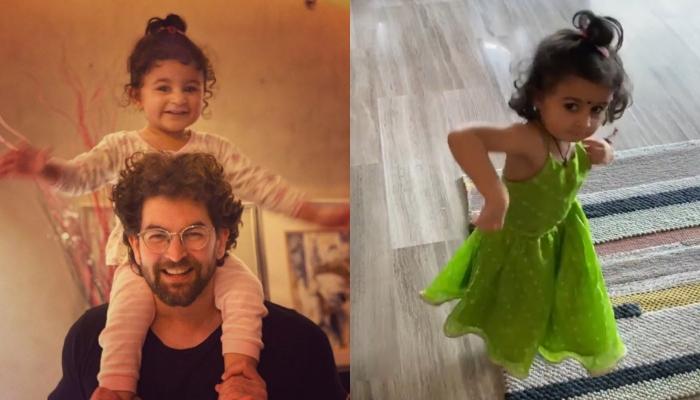 Bollywood actor, Neil Nitin Mukesh and his beautiful wife, Rukmini Neil Mukesh were visited by stork in September 2018, and their lives had undergone a beautiful change. Their little baby girl, Nurvi had brought immense happiness into their lives, and her super-cute gimmicks are winning hearts all over. The doting parents leave no chance to post adorable pictures and videos of their goofball on their IG handle. It seems that their little girl has hijacked their social media profiles. (Recommended Read: Rhea Chakraborty's WhatsApp Chats Suggest She Was Giving Drugs To Sushant, His Sister, Shweta Reacts)

On August 22, 2020, Neil Nitin Mukesh had given glimpses of the Ganesh Chaturthi celebrations with his family. And baby girl, Nurvi had stolen the limelight in her super cute avatar donning a yellow lehenga choli. Neil had posted a couple of his family pictures on his Instagram handle from their Ganesh puja. Check them out below: 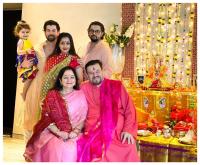 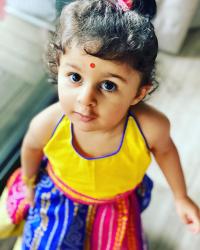 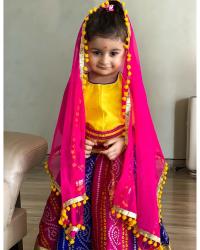 The doting father, Neil Nitin Mukesh shared an adorable video of his little baby girl, Nurvi dancing on 'Ban than chali dekho' and it's so cute, we have watched it like a gazillion times! Donning a lehenga and a chunni, Nurvi can be seen moving her feet according to the rhythm, and we can already see a dancer in the making. Neil captioned the video as "BAN THAN KE CHALI." Check out the video below:

On August 24, 2020, Neil had shared a cute video of his baby girl, Nurvi, singing a bhakti geet. Nurvi could be seen dressed in a green ensemble, looking adorable. She was holding a morpankh and singing 'Om Jai Jagdish Hare'. Alongside the video, Neil had written, "In house Pandit ji #nnmganpati #omjaijagdishhare".

Earlier, in an interaction with ETimes, Neil Nitin Mukesh had opened up on how his 'musical' family had already known that Nurvi is a musical kid. He had said, "We always knew she was a musical child. Ever since she was an infant she would respond to my father singing to her, listening to music and beaming with a smile. But as she grew up, she started responding to music even more and expressing her love for it through her dance. Both Rukmini and I love dancing and seeing us, she was initially inspired but the tables have turned. Now, she is the one who comes to me daily in the evening and says "Papa Gaana" that is my call for playing music and letting her dance away." (Also Read: Ranveer Singh's Nanu Looks Like Him As He Shares A Swagalicious Picture Of Him In His Hat And Shades) 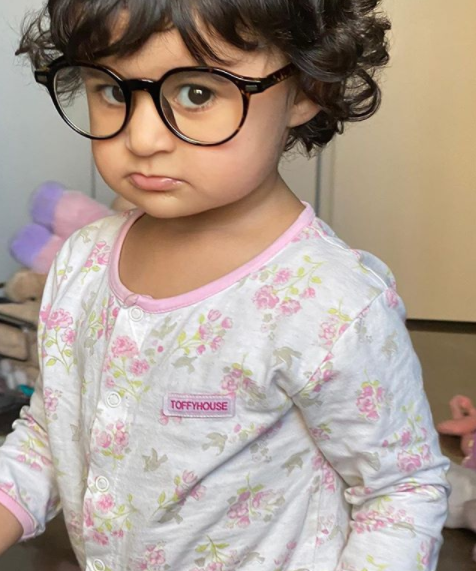 On July 26, 2020, Neil had given his fans a glimpse of his daughter, Nurvi's 'ghumi-ghumi' after a long time post the lockdown. He had posted a video, wherein Nurvi could be seen getting all excited for her outing. Neil had captioned the video as "In her words "papa so fun. Doing Ghoomi Ghoomi after so so long", followed by a heart emoji.

In an interview with the Hindustan Times, Neil had shared how he was making his daughter stay in touch with his parents during the lockdown and had said, "They were travelling for my father's concert for quite some time, and when they had just come back, this (lockdown) happened. My office is in Andheri where Rukmini (wife), Nurvi and I stay, and on Fridays, we usually go to our other house where my parents and Naman (brother) stay. But we aren't doing that now. My worry is about relations, so I make sure we make Nurvi speak with her paternal and maternal grandparents and my sister Neha via video calls at least thrice a day." (Don't Miss: Trishala Dutt Sends Prayers On Maanayata Dutt's 'Sands Are Shifting' Post Of Twins Shahraan And Iqra)

Well, we loved little Nurvi's dance! What about you?