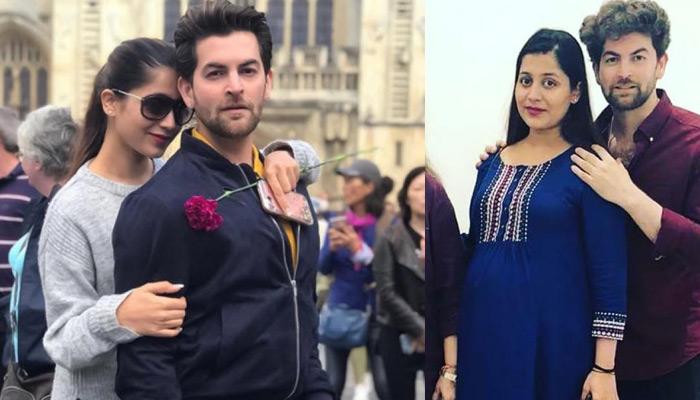 One of the famous and most loved Bollywood hotties, Neil Nitin Mukesh, shattered many hearts when he tied the knot in an arranged marriage set up. He walked down the aisle with Rukmini Sahay and the two had a grand (like literally!) wedding. The lovebirds and both their families are on cloud nine these days as they welcomed their first baby – a girl on September 20, 2018. Rukmini delivered the princess at Breach Candy Hospital, Mumbai at around 3.30 pm, as per the reports. (You May Also Like: Malaika Arora Khan Feels That She Has Become A Calmer Person Post Her Divorce With Arbaaz Khan) 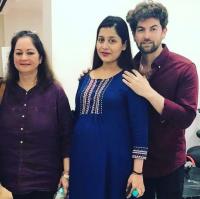 Ever since this good news broke, all Nitin’s fans have been eagerly waiting for them to make an official announcement of the same. And so, here it is for you guys! Nitin himself took to his social media accounts and shared the good news. Not just this peeps, the lovely newbie daddy even shared the name of the little angel and it’s ‘Nurvi’, which means “precious.” Neil shared the following picture and captioned it as, “Rukmini and I are proud to announce the arrival of our darling daughter, Nurvi. The entire Mukesh family is elated. Both mother and daughter are well by the Grace of God.” 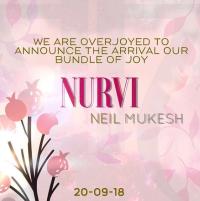 An excited father-to-be had then revealed to a media portal, “We learnt of the pregnancy a few months ago but wanted for things to settle in before making the news public. Previous trips to Abu Dhabi had been all about shopping for us, but this time it is entirely focussed on our baby. We are picking out things in neutral colours because we don’t know yet if it’s a boy or a girl. I just want to make sure that Rukmini is happy. We have been visiting all the maternity sections in malls and it’s amazing to see the tiny mittens and baby clothes. It’s overwhelming and exciting as well”. (Also Check: Sonam Kapoor Wears 'Sasu Maa' Priya Ahuja's Gift At Isha Ambani's Engagement, She Felt Like Princess) 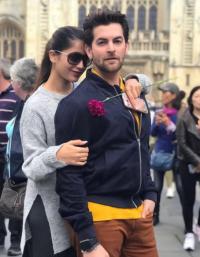 He had further added, “The arrival of our first born hasn't seeped in yet but I'm definitely very excited for the next phase in my life. I am lucky to have great support system at home, who are constantly guiding Rukmini on the dos and don'ts. We are okay with a baby girl or a baby boy as long as the baby is healthy. She’s happy that everyone has been pampering her even more than before”. (Do Read: Jasleen Matharu Blushes As Anup Ji Asks If She'll Cook After Marriage, Ex-Wife Reacts On Relation) 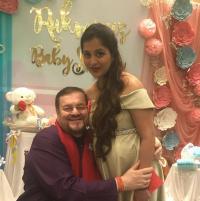 Sharing how happy his mom and dad are to become grandparents, Neil had earlier shared, “Mom and dad have been hands-on parents and will be fabulous grandparents. My mother has already brought out the cot for the baby that has been passed down for generations. She will guide Rukmini whenever she needs advice”. In fact, Nitin Mukesh himself was quoted as saying, “This is the 4th generation of the Mukesh legacy. This means the world to us and we are very elated. The one thing Nishi and I were looking forward to after Neil got married was a grandchild. In fact, Nishi has started redesigning the family cot that has been passed on from generation to generation for the new arrival”. 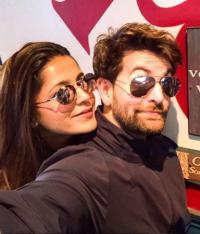 When Neil’s wife, Rukmini was contacted after the couple had announced the latter’s pregnancy, she had said, “Neil will be an excellent father just as he is a fantastic husband. He loves children. The family has been taking good care of me. We have been doing a spot of baby shopping for a few months now, apart from activities like meditation, yoga and music”. (Suggested Read: Priyanka Chopra-Nick Jonas Look Divine In Traditional Attires At Isha Ambani And Anand's Engagement)

Well, Neil now that you have shared the name of your baby girl, we can’t further wait to see how the little, Nurvi looks like. Aren’t you guys excited to see her?