'Bahu Hamari Rajni Kant' actress, Neha Kaul, is expecting her first baby in 2019. The actress is married to Lizly Singh and it's been six years. Neha herself shared the good news on social media! 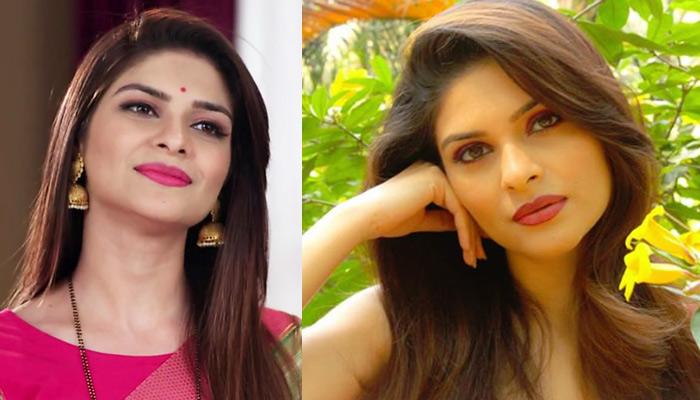 Good news in the Tinseltown is always heart-warming as there are many strings of the fans attached to the announcement. Not only the celebrities who are marrying or entering the parents’ club are over the top, but their fans too get a reason to rejoice. Exactly this happened yesterday (May 12, 2019), on the occasion of Mother’s Day when Bahu Hamari Rajni Kant fame actress, Neha Kaul, announced her pregnancy news with all her fans! (You May Also Like: Deepika Singh's Mother's Day Wish For Her Mother-In-Law And Mom Is Full Of Gratitude, Picture Inside)

The actress who started her career with the role named Sudha from Zindagi Ka Har Rang...Gulaal, shot to fame from Bahu Humari Rajni Kant. Later, she played crucial roles in shows like Godh Bharaai, Love Marriage Ya Arranged Marriage, Ek Thhi Naayka, Devon Ke Dev...Mahadev, Tu Mera Hero, Dahleez, and many more. She has been away from the small screen for some time now and cherishing each and every moment of her pregnancy phase. 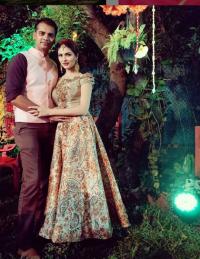 Shocked? Didn’t know if she was even a married woman? Well, yeah, the actress is married to a guy named, Lezly Singh. On Mother’s Day, Neha took to her Instagram and had shared the good news that she is 7 months pregnant. She had shared the below picture flaunting her baby bump and wrote, “Our First Mother's Day together "Every good and perfect gift is from above" (James 1:17) and I can't thank God enough for this beautiful one! Need your blessings for this #humblebegginings.” Checkout: 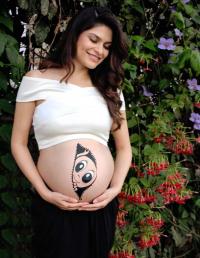 For the ones who don’t know, in November 2018, Neha’s husband, Lezly had posted a picture with his ladylove. From his caption, we got to know that it’s been 6 years to their blissful wedded life. Sharing the below snap, the handsome hunk had written, “Caution: That's what 6yrs of marriage can do to u. #insane #crazy #wifey #marriage #candid #friendship #bestfriendgoals #madness.” In October 2017, he had shared a few pictures from their Dubai trip and captioned it as, “If i could go back & do it all again. I WOULD. #memories #dubai.” Here are both the posts: 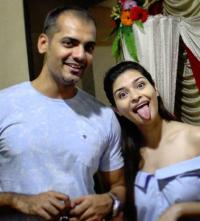 Prior to that, on October 19, 2017, he had shared a sleepy picture with Neha and had put this as the caption, “Too early for flight. Sleepy heads hard to get any sleep on uncomfortable airport chair. #sleepyhead #tooearly #earlymorningflight #monkey.” Once, he had shared a picture with her all-dressed up, captioning the same as, “Together is a wonderful place to be #together #love #care #affection #selfless #joy #happiness #marriage.” On another post he had written, “Being together is enough.” (Also Read: Shloka Mehta-Akash Ambani, Anant Ambani-Radhika Merchant Bring The IPL Trophy Home After MI's Win) 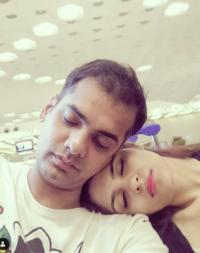 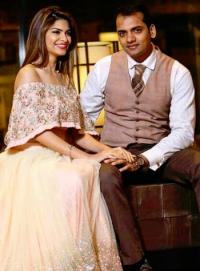 On August 3, 2018, which happened to be Lezly’s birthday, Neha had shared a perfect click with the birthday boy and had wished him writing, “Happy birthday my love @lezly.singh13 May your heart always be as big and pure. Away from the world's filth. You inspire me in so many ways. God bless u in abundance and all your dreams be fulfilled by his grace. Love u till the end of this universe.” (Do Check: Karisma Kapoor's Mother's Day Post Includes Kareena, Babita, Taimur, But He Is In No Mood To Pose) 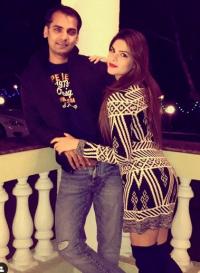 Sharing a picture from their Dubai vacation, Neha had once written, “I wanted to stay like this forever. But then, we could have caught cold hahhaahah #jumeirah #beach #dubaivacation #memories #throwback #burjalarab #hubbylove #windinmyhair #messyhairdontcare #nofilter #instagood.” Here it is: 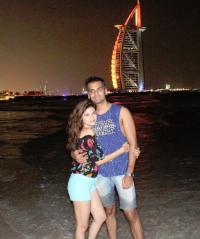 In an interaction with TellyChakkar when Neha was asked who she would dream of being cast opposite if she ever gets a chance to do a film, Neha had stated, “Ranbir Kapoor. I love him. He has got such a great understanding of his work. I would love to learn from him.” (Also Read: Kunal Kemmu Shares The Cutest Note For The Mother Of His Child, Soha Ali Khan And His Mother)

Congratulations Neha and Lezly! All your fans are eagerly waiting for the arrival of your baby.