A very glimpse of this beautiful ‘just good friends’ duo is enough to make our day! Neha Kakkar and her rumoured beau, Himansh Kohli’s camaraderie, equation and pair is loved by all. Although the affection that they have for each other is quite evident in each other’s posts, comments and public appearances, all that their fans want is to hear about their relationship from them, officially. (Do Read: Mira Rajput Flaunts Her Post-Pregnancy Body With Shahid Kapoor At 'Batti Gul Meter Chalu' Screening)

Once a contestant in Indian Idol 2, Neha Kakkar has proved to the world that with hard work, perseverance and luck, one can achieve anything in this surreal world. The super-cute, dimpled singer is now seen judging the same show alongside Anu Malik and Vishal Dadlani, where she once used to sing as a contestant! Isn’t that amazing? And guess who came by to give a guest appearance on the sets of the show? None other than her ‘He-Man’, Himansh Kohli! 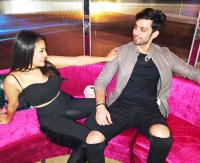 Comedy Nights With Kapil fame, Sunil Grover was present at the show and conducted a fun swayamvar for Neha. Their next set of activities will almost confirm every iota of doubt that you have about their relationship status, as the couple finally spoke about marriage on national television! A source revealed to Mumbai Mirror, “(Actor-comedian) Sunil Grover, who was a guest on the show, was doing a fun segment called ‘Neha’s Swayamvar’. Himansh turned up during the segment along with host Paritosh Tripathi, and Neha noted that he understands her very well, adding, ‘In the future when I think of getting married, he is going to be there in my mind’.” Finally, phew! 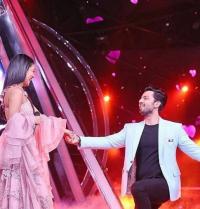 Himansh too, responded to Neha’s thoughts and shyly stated, “I was waiting for you to say that.” Not just this, the couple also broke into a romantic jig at their self-starred song, Oh Humsafar, which is sung by Neha herself and her brother, Tony Kakkar. How excited are you to watch the episode? (Also Read: Anushka Sharma Feels That She And Hubby Virat Kohli Are Male And Female Versions Of Each Other)

This is not the first time that we get to see Neha and Himansh indulge on some major PDA at a reality show. A few months back, Neha and Himansh were invited as guests on the sets of &TV's High Fever... Dance Ka Naya Tevar, where celebrity choreographer Ahmed Khan and actress Esha Gupta were the judges. Ahmed and Esha decided to have some fun with the alleged couple on the show. Ahmed had then asked Himansh about the qualities that ‘his type of girl’ should possess. To this Esha added that ‘probably a girl who can sing’. And a blushing Himansh shared that “Mujhe Neha Kakkar hi pasand hain”, which was followed by a romantic dance by the duo and a peck on the cheek of Neha. Well guys, any further clarity needed?

On the eve of Ganesh Chaturthi 2018, Ekta Kapoor had hosted a puja at her residence. Along with many who’s who of the telly town, Neha and Himansh arrived at the celebration, looking ethereal in their traditional best. Sharing two pictures from the celebration, Himansh captioned the picture as, “Happy People, Positive Vibes!! #GanpatiDarshan at @tusshark89 Bro’s House with @nehakakkar  #TussharKapoor #NehaKakkar #HimanshKohli.” Take a look at one of them: 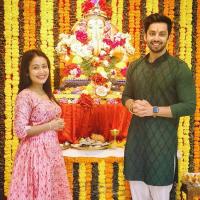 In an interview earlier, Neha cleared the air around her and Himansh’s relationship. She was then quoted as saying, “Rumours around our bond are true. We became great friends right after Yaariyan. And now, we have become ‘Humsafars’ since we travel together for work.” Post which, Himansh stated in an interview, “We are strictly best friends! It is very good to hear from people such good comments about us and about our chemistry. People are liking us together. Jodi is working.” (Checkout! Bigg Boss 12 Contestant Karanvir Bohra's Daughter Vienna Misses Dad, Shares Adorable Message For Him) 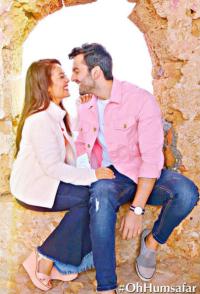 Don’t they make for one beautiful pair? How many of you love Neha and Himansh’s pair? Let us know in the comments section below.