While pregnancy can surely be blissful for many, labour isn’t a very fond memory that preggy mommies want to recall! Labour comes to a pregnant woman like a storm before a clear sky and leaves behind a beautiful ‘rainbow’ after it’s gone. The most-dreaded labour pain was, almost a year back, experienced by one of the most gorgeous actresses of the B-town, Neha Dhupia. The day isn’t far when she will be celebrating her firstborn, Mehr Dhupia Bedi’s first birthday, but in a recent interaction, she recalled her labour phase and what was the first thing she did after delivering her first child. (Do Read: Aishwarya Rai Bachchan Couldn't Stay Away From Aaradhya, Abhishek, Calls Them On Stage During Event)

While we will definitely get to that, don’t you want to take a peep at an adorable ‘first’ in Neha Dhupia, her hubby, Angad Bedi and their daughter, Mehr Dhupia Bedi’s life? Well, to already make you go all ‘awww’ about them, the Dhupia-Bedi fam-jam celebrated their first Diwali this year, with their daughter, Mehr. Neha posted drool-worthy pictures of the family dressed up in casuals, with the mommy-daughter duo, partially twinning in shades of pink. Sharing the array of pictures, Neha had written, “#happydiwali from ours to yours. . . Love, Mehr, Angad n Neha.” 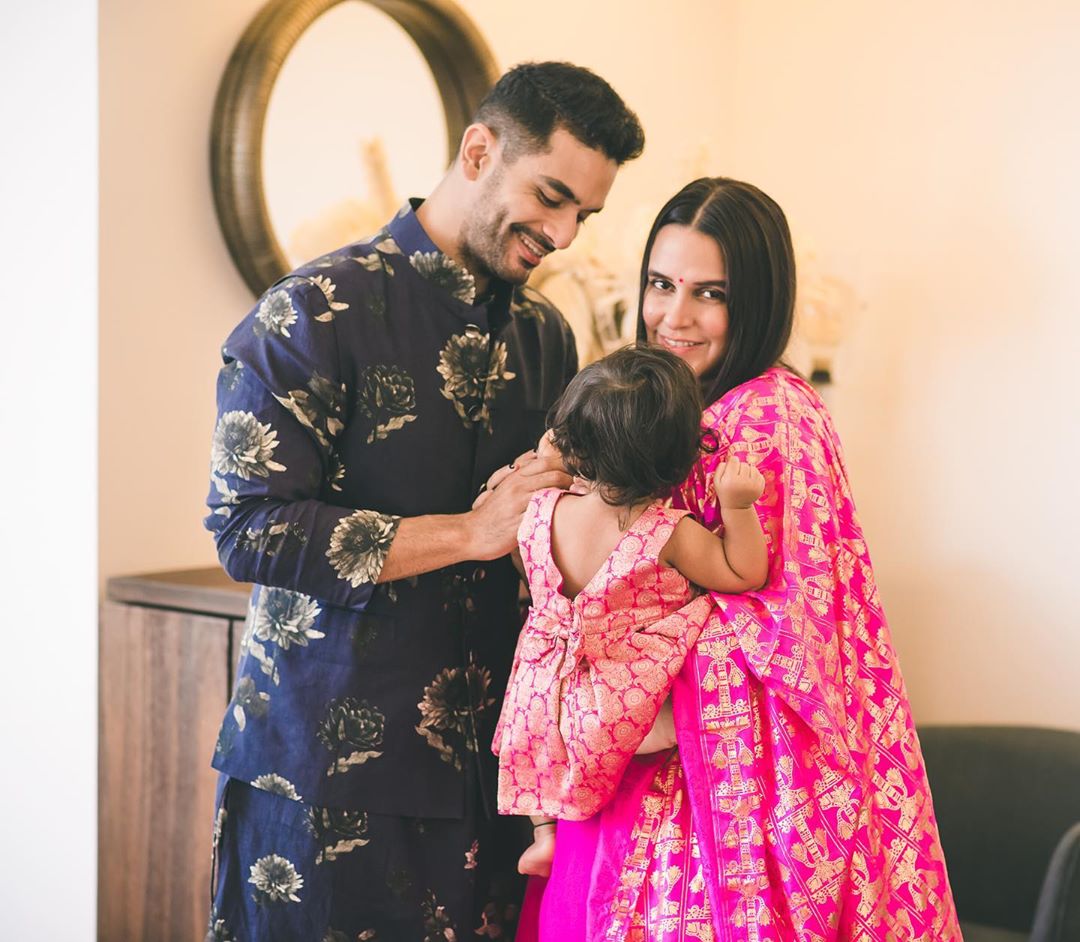 Neha Dhupia was immediately back in her toes, soon after delivering Mehr Dhupia Bedi and will shortly be back in her own show, #NoFilterNeha season 4. During a conversation with SpotboyE, Neha revealed that she had gone into labour during an editing session of one of her episodes from the past season. Neha was ‘running to meet a deadline’ of an episode starring Vicky Kaushal and had asked her team to give her a 1.5-hour break. Soon after Neha had delivered her baby, she had instantly asked for her phone because she wanted to resume work at the soonest! And do you know who was one of the first persons to see Mehr? It was Vicky Kaushal! Talking about the same, Neha shared, “Vicky was in front of me, his episode's promo running on the mobile in my hand and beside me, was my daughter. At that moment I realised now this is a hustle which will go on for a while.” 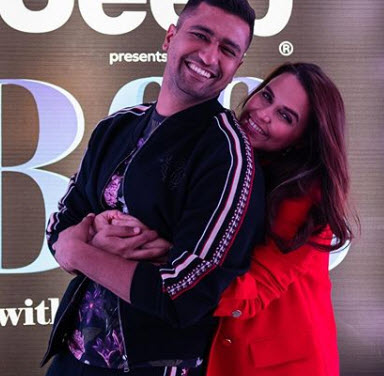 Remember we had shared with you that hardly 10 days into her post-pregnancy phase, Neha Dhupia had resumed work? Sharing a mirror selfie of hers with flashlights switched on from her vanity and a hairstylist doing her hair, the doting mommy had given some sheer goals! Sharing an Instagram story of the same, this is what Neha had written, “And we are back to work #shootlife baby steps”. (Must Read: Inaaya Naumi Kemmu Dressed Up As A Friendly Neighborhood Witch For Halloween Is Too Cute To Handle)

Do you know, Neha Dhupia was hugely intrigued by Kareena Kapoor Khan, who had embraced her pregnancy like a brooch in a kurta and had worked until the last few days before delivering Taimur Ali Khan? In one of her first interviews post-pregnancy, Neha had revealed it herself. About resuming work immediately after her pregnancy, Neha had shared that she had taken a cue from Kareena while doing so. She had also added that she herself hopes to inspire some women and follow what their heart says. While Neha definitely had taken inspiration from Kareena, she didn’t aim to set any trend as such in Bollywood. Speaking about the same, Neha had once shared, “It has never been my intention to set a trend or be a part of one. The intention is to get up and continue your life and do things like nothing ever happened.” 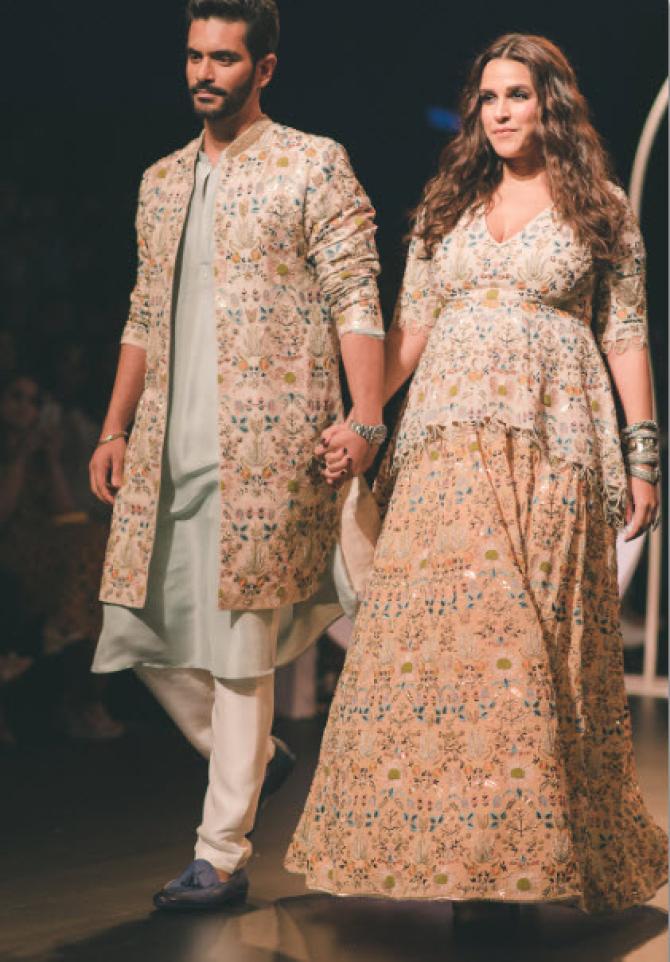 Being a newbie mommy isn’t easy and managing a newborn baby and work is even more difficult, but definitely not impossible. Neha Dhupia had shared that it is also because of her baby daughter, Mehr Dhupia Bedi, that she wraps up her shoots quickly and rushes back home. Revealing an example of one such incident when Neha had wanted to see her daughter badly, the No Filter Neha host had once stated that once, she had started crying at the very thought of when she would meet Mehr next! (Also Read: Sania Mirza And Shoaib Malik Host Their Son, Izhaan Mirza Malik's First Birthday Bash In Dubai) Neha Dhupia had also spoken about taking some time off before and post her pregnancy phase and had then stated, “I respect women who are sitting at home and who are actually taking this time off. I respect that too. But I also stand for the fact that 'I want absolutely no time off'. If I can do six things otherwise, then it is a small little thing that I'm doing. If I am strong enough to do that then there is nothing that will pull me back.” Such a super-mommy Neha Dhupia is, isn’t she? Keep us posted!