In an interview, second-time mommy, Neha Dhupia took a jibe at her pregnancy and stated a hilarious reason as to why her husband, Angad Bedi would not recognise her if she does not have a baby bump.

On July 19, 2021, the power couple, Neha Dhupia and Angad Bedi had announced their pregnancy by sharing that they were expecting a child for the second time. This revelation had come as a major surprise for their fans. Since then, their fans have been eagerly waiting for them to embrace parenthood. And finally, the duo had become parents for the second time on October 3, 2021, with the arrival of their baby boy.

It was Angad Bedi, who had announced the news of his baby's arrival on his Instagram handle. The actor had shared a picture from Neha's maternity shoot and had written, "BEDIS BOY" is here!!!!!! The almighty today blessed us with a baby boy. Both Neha and the baby are well. Mehr is ready to pass on the "baby" title to the new arrival. Waheguru Mehr kare @nehadhupia, thank you for being such a warrior through this journey. Lets make it a memorable one for all 4 of us now."

Recommended Read: 'The Kapil Sharma Show': Juhi Chawla Gets Shocked When 'Devrani' Madhoo Reveals How She Got Her Name Recently, in an interview with Mashable India, Neha Dhupia joked about her husband, Angad Bedi and shared her thoughts that he might not be able to recognise her without her baby bump since she was pregnant from the time she has known him. In her words, ''I feel like ever since I have known Angad, I have been pregnant. I don’t even know if that’s the right thing to say but I am like, ‘Maybe he won’t recognise his wife if she is not pregnant'.'' 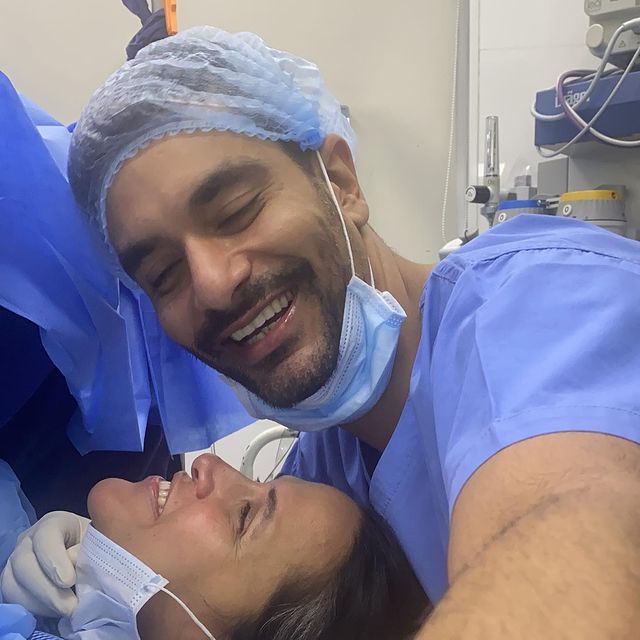 On October 7, 2021, Neha Dhupia, Angad Bedi and their elder daughter, Mehr Dhupia Bedi were spotted by the paps, leaving the hospital premises as they were taking their new family member home. While Neha had carried her newborn baby boy in her arms, her loving husband, Angad had held Mehr in his arms. The little munchkin was wrapped in a green cloth and the caring mother had ensured to cover his face with her hands so that no one catches a glimpse of him.

Suggested Read: Sunny Deol Opened Up About Why His Mother, Prakash Kaur And Wife, Pooja Deol Keep A Low Profile

On October 8, 2021, Angad Bedi had shared the first glimpse of their newborn son on his IG handle. Taking to his IG handle, the doting father had posted a Reel, where he could be seen sitting with Neha, and she had kissed him on the forehead. Further, in the priceless clip, Angad had revealed a glimpse of their little one’s tiny feet and could be heard saying, “Nikke Nikke je paer”. He had captioned the video as “Nikke nikke je paer idde @nehadhupia.”

Earlier, in an interview with News18, Neha Dhupia had shared how Angad cooperates with her in nurturing their child and had said, ''Angad is a fantastic father. He is always there and gives his 100 per cent. I don’t have any complaints whatsoever. There are a lot of things like feeding the baby that he can’t do. But at the same time, he has taken up all the responsibilities of Mehr. From putting her to bed, to keep everything ready for school and other activities, he does it all. We have consciously divided the duties." 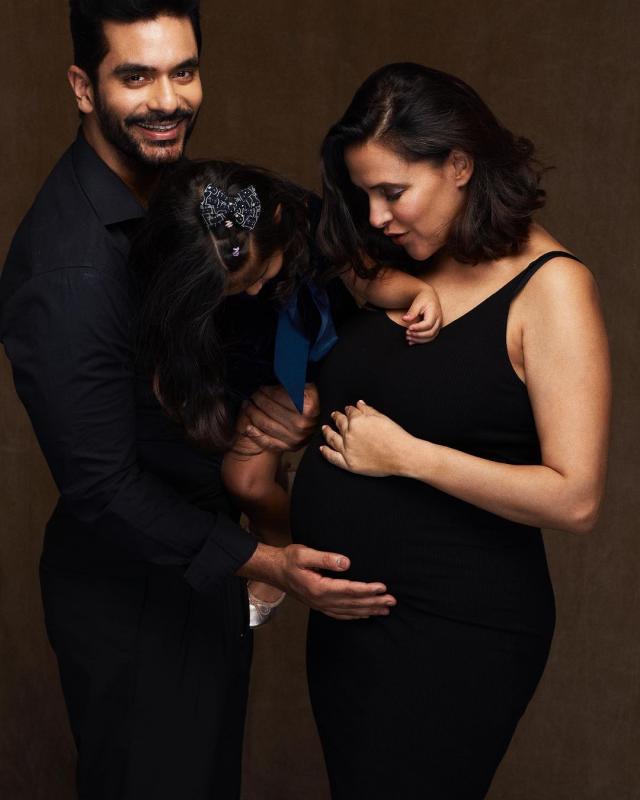 On the work front, Neha Dhupia will be seen in Vidyut Jammwal starrer, Sanak, which is now streaming on Disney Plus Hotstar. Neha Dhupia and Angad Bedi became parents for the second time on October 3, 2021. Neha delivered a baby boy and their happiness knows no bounds. While the star couple has not shared any glimpse of their baby boy, Angad has been sharing pictures and videos of his wife, Neha Dhupia