Bollywood stars, Ranbir Kapoor and Alia Bhatt began their happy married life after tying the knot on April 14, 2022. For the unversed, the much-in-love couple had dated for five long years before finally becoming Mr and Mrs Kapoor. The duo's wedding had taken place at Ranbir’s residence, Vastu, in Mumbai, in attendance of their family and close friends. In the priceless pictures from their wedding, the duo had looked completely lost in each other, and their happiness was evident on their face.

Soon after the wedding, on April 14, 2022, Neetu Kapoor had taken to her IG handle and had shared love-filled glimpses from her son, Ranbir Kapoor and Alia Bhatt's wedding. In one of the pictures shared by Neetu, she was seen posing with her kids, Ranbir Kapoor and Riddhima Kapoor, along with their extended families. The picture included Neetu, Ranbir, Alia, Riddhima, her husband, Bharat Sahni, and her bahu's family consisting of her mother, Soni Razdan, sister, Shaheen Bhatt and father, Mahesh Bhatt. The picture had spoken volumes about Neetu's bond with the Bhatts. Sharing the picture, Neetu had written:

Recommended Read: Preggers Sonam Kapoor Flaunts Her Baby Bump While Caressing It As She Stuns In A Sheer Black Kaftan 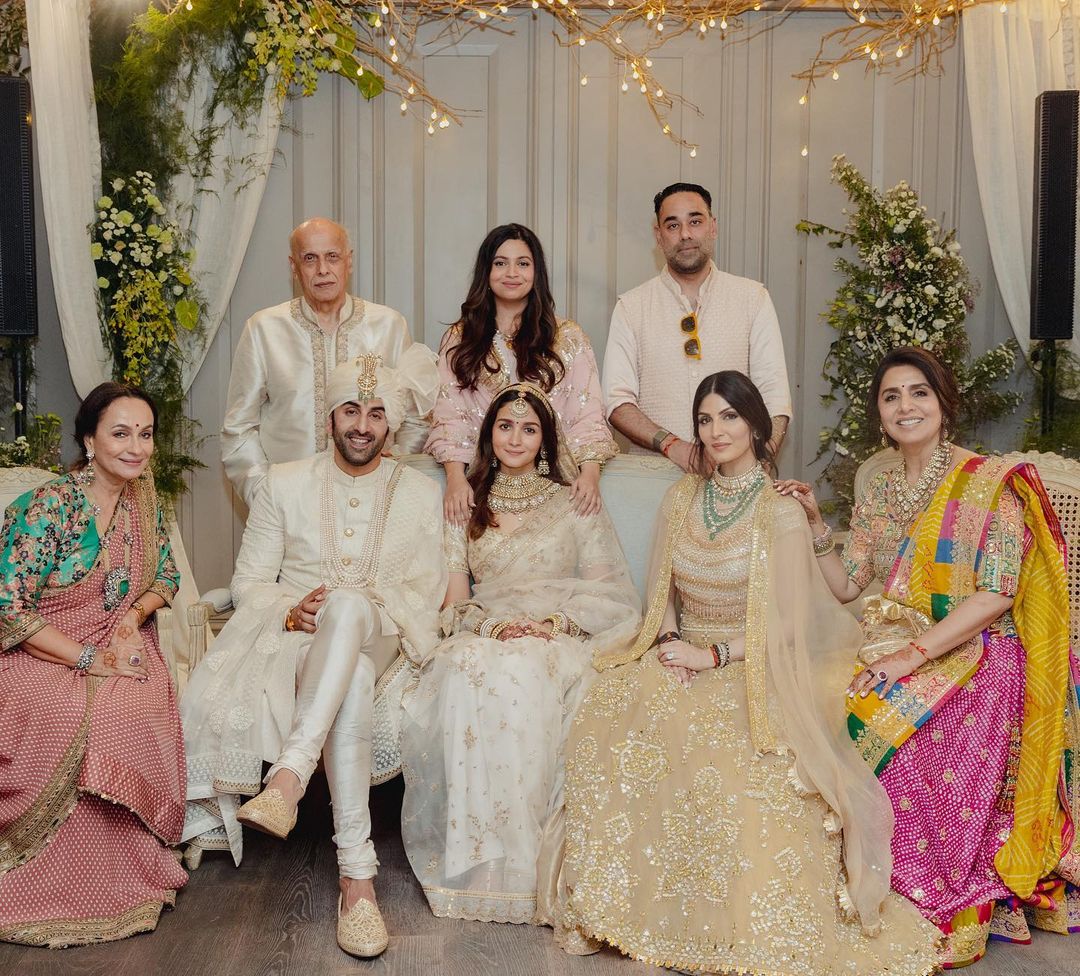 A few moments back, the new saasu maa, Neetu Kapoor and her samdhan, Soni Razdan, along with the latter's younger daughter, Shaheen Bhatt were spotted as they paid a visit to the newlyweds, Ranbir Kapoor and Alia Bhatt's house. In the viral pictures and videos, Neetu was seen wearing a baby pink-coloured salwar suit as she made her way inside her son and bahu's house. Following her, Alia's mommy, Soni and sister, Shaheen were also seen, where Soni looked gorgeous in a floral printed suit and Shaheen wore a brown coloured kurta paired with a palazzo. Check out their looks:

Soon after Ranbir and Alia's wedding, Neetu Kapoor resumed her work commitments without much rest. She was seen promoting her television show, Dance Deewane Juniors, on the sets of the popular reality program, Hunarbaaz: Desh Ki Shaan. Over there, she had also given her stunning dance performance on the beats of the song, Dholida from her bahu, Alia Bhatt's film, Gangubai Kathiawadi, along with the ace director, Karan Johar.

Later, the show hosts, Bharti Singh and her husband, Haarsh Limbachiyaa, had introduced Ranbir and Alia's puppet, donning wedding attires. We could also see them celebrating the duo's wedding again on the sets. Following this, Bharti had gifted a pressure cooker to Neetu for her newly-wedded bahu, mentioning that it would be very much helpful for them in the kitchen. Further, Bharti had hilariously revealed the reason behind such a wonderful gift and had added:

In another clip from the same episode, Neetu Kapoor was seen getting teary-eyed upon remembering her late husband, Rishi Kapoor's last wish. Then, while talking about the same, she got emotional and had said:

"This was Rishiji's last wish. He always wanted to see his son get hitched. I wish he was there to see it but he's watching."

Well, we are eagerly waiting to get a glimpse of Alia's newly married life, acing her bahu skills!

Next Read: Katrina Kaif Ridiculously Trolled For Her Cooking Skills By Influencer, Actress Has A Savage Reply