A baby brings joy in the life of everyone related to him or her. And the life of nani, nanu, dadi, and dadu becomes even more eventful with the little one. Neeti Mohan’s parents are also cherishing their nani-nana phase as her baby boy’s birth brought their childhood back. For the unversed, Neeti and her husband, Nihaar Pandya had welcomed their first baby on June 2, 2021.

Neeti Mohan’s sisters and parents are happily cherishing their time with her baby boy, Aryaveer. A few days after Neeti’s baby’s birth, Mukti Mohan had taken to her IG stories to share a glimpse of how her parents and newbie nana and nani had started their fitness journey for the sake of their newborn grandson. Her parents could be seen participating in her dance studio, Nritya Shakti’s 45+ dance class. Sharing the video, Mukti had written, “Naana Naani are staying fit for the baby!” and “@nrityashakti 45+ dance class!!” atop it with an “Oh Happy Day” GIF.

Neeti Mohan Shares The First Picture With Her Son, Aryaveer, His 'Massis' Shower Him With Love 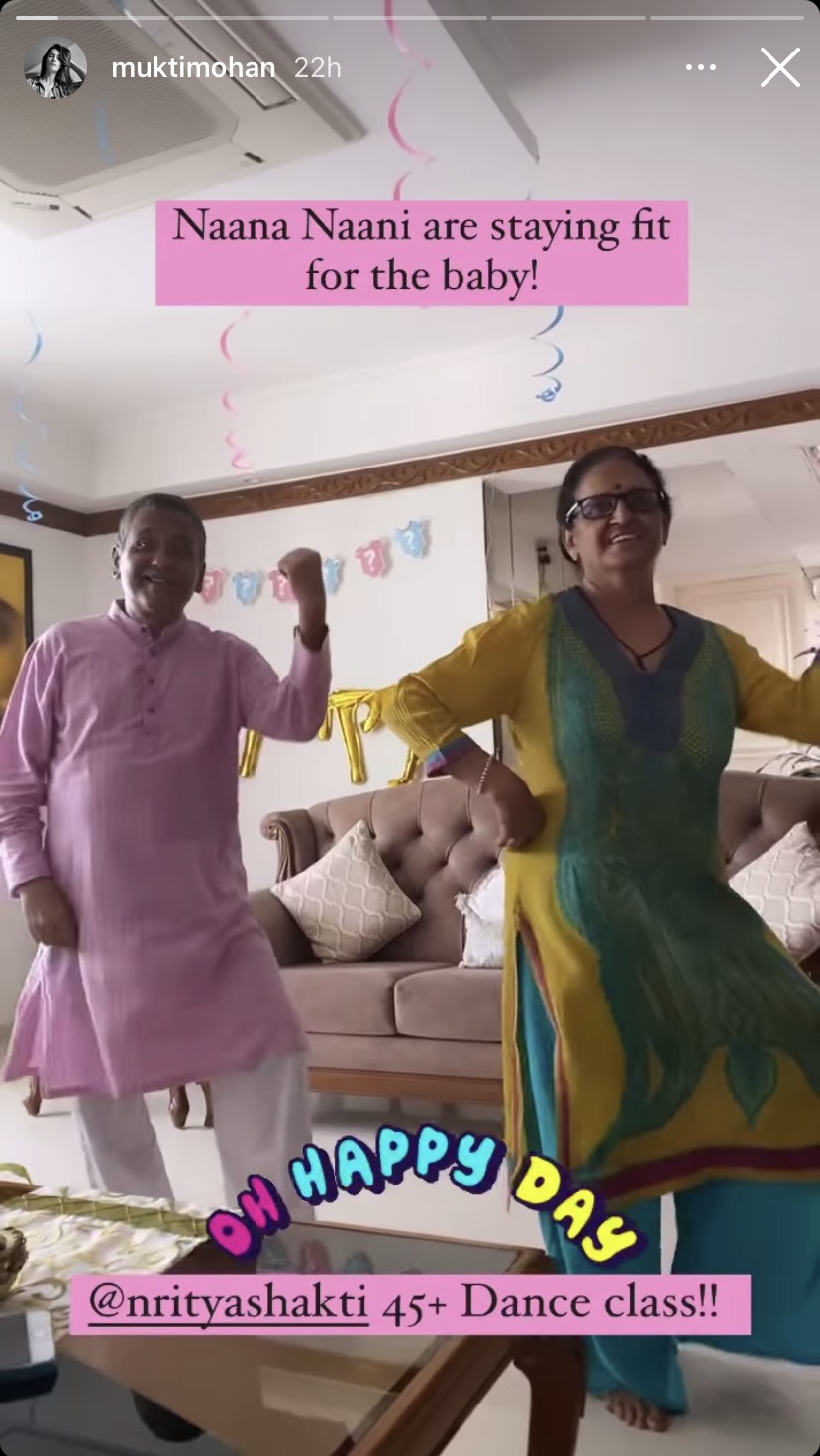 Now, Mukti has shared another adorable yet hilarious video of her mother, pampering her grandson. Taking to her IG stories, Mukti shared a video, where she, along with her mom and her sister, Neeti can be seen watching cartoons on TV, while Aryaveer was lying in his cot as his nani cradled him with the help of a rope. As she accidentally dropped the rope, Neeti’s protective side as a mother was unmissable. Sharing the video, Neeti wrote, “Wait for it!” and added an “Epic fail” sticker atop it. 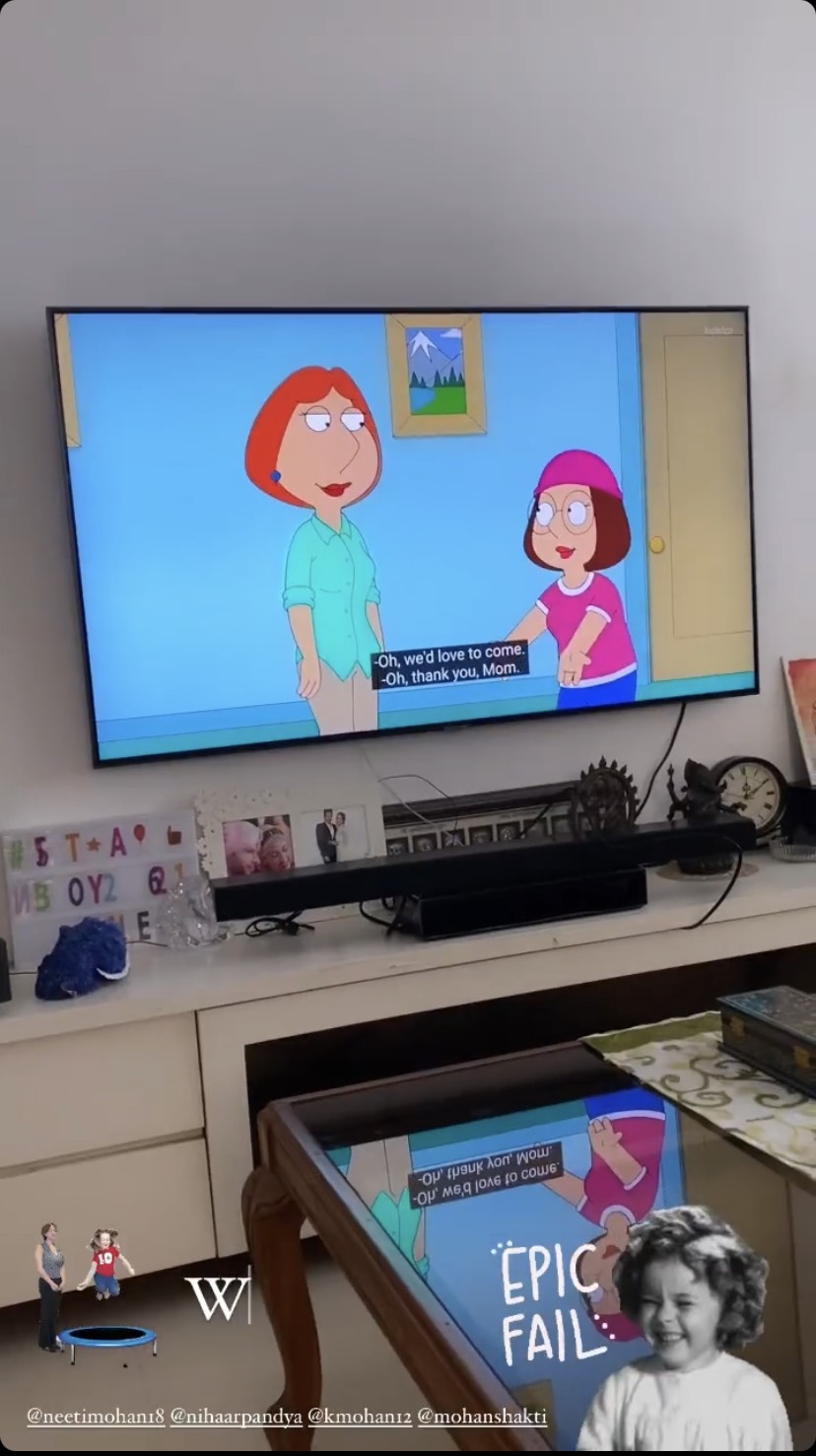 Aryaveer is pampered by everyone in the family, especially by his maasis. On July 29, 2021, Neeti had taken to her Instagram handle and had shared a cute video of her baby boy. In the video, we could see Kriti holding the baby boy in her arms while the other two maasis, Shakti Mohan and Mukti Mohan were entertaining him and singing a cute song, and asking him who is his favourite maasi.

Alongside the video, Neeti had written, "Aryaveer has to face some tough questions every day. Who’s your Fav Masi? Golu masi, Chicku masi, Tinu Masi." On this, Neeti's best friend and new mommy, Harshdeep Kaur had, instantly commented, "Hahaha!!! His friend, Hunar’s mommy, wants to be Aryaveer’s fav Masi." 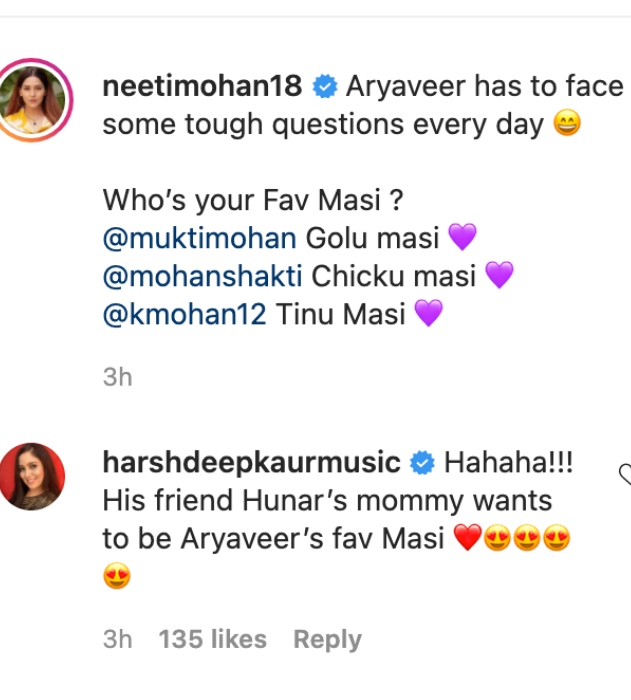 On the occasion of Raksha Bandhan 2021, taking to her IG handle, Neeti Mohan had shared a glimpse of Aryaveer’s hand, as it had a ‘superman’ themed Rakhi tied to it. Aryaveer could be seen wearing a yellow outfit with penguins printed over it. She had captioned the picture as “Mera pehla Rakshabandhan.” On his picture, his maasi, Mukti Mohan had commented, “Aowwieee our SuperbOi’s first Rakhi.” 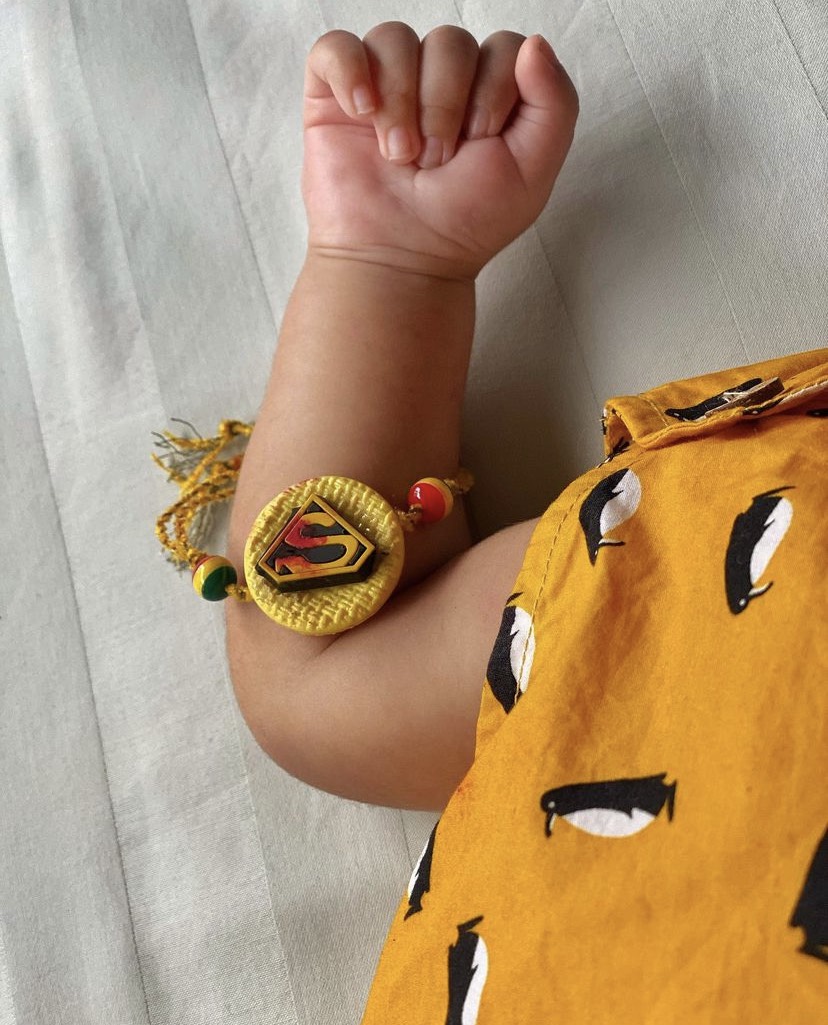 To mark the one-month birthday of Aryaveer on July 2, 2021, his parents, Neeti Mohan and Nihaar Pandya had celebrated the occasion with a customised cake. To celebrate Aryaveer's one-month birthday, Neeti had posted a picture on her IG stories with Nihaar as the newbie parents had happily posed with the zoo-themed yummylicious cake. For the unversed, Neeti had begun her playback singing journey in Bollywood with the song, Ishq Wala Love! It becomes a constant debate in the house as to whom the baby loves the most. When a baby is born, it brings happiness to the lives of everyone associated with him/her. Massi, mama, chacha, bua and everyone looks for ways to be around the little one and to snuggle the