Bollywood actor, Nawazuddin Siddiqui's estranged wife, Aaliya warned him of disclosing big revelations in front of the public. Find out! 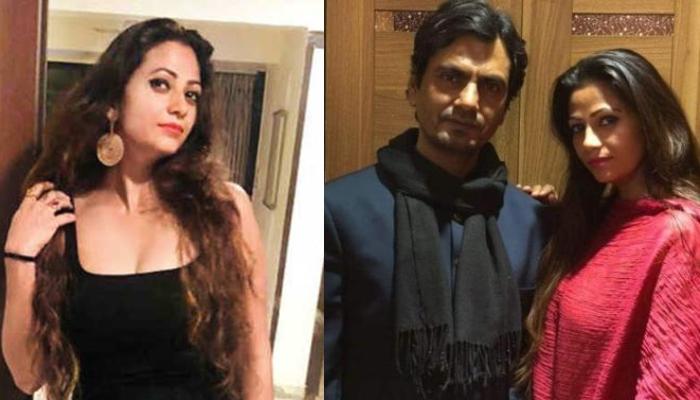 The divorce case of Bollywood actor, Nawazuddin Siddiqui and Aaliya is getting ugly with the passing of each day. While everyone is aware of the fact that Aaliya had filed for divorce after spending 11 years together with him. Now the estranged wife had accused Nawazuddin of not taking care of her emotionally and supporting her. With some ground-breaking revelations about her personal life, she had revealed that Nawaz’s mother, brother, and sisters had tortured her for years but she filed for divorce so late because she was compromising but can’t take that torture anymore. (Recommended Read: Madhuri Dixit Nene Reminisces The Time When Her Family Had Gotten Their Orange Belt In Taekwondo)

So far, Aaliya had made a lot of serious accusations against the whole Siddiqui family and was eagerly waiting for a reply from Nawazuddin Siddiqui. And, after a big wait, the actor has finally responded to it legally and his estranged wife, Aaliya has given an interesting warning to him in her tweet.

According to a report from The Times of India, it has been informed that the Bollywood actor has finally replied to the accusations and divorce notice sent by his estranged wife, Aaliya. In the notice sent by Nawazuddin Siddiqui’s lawyer, a detailed reply about the accusations made by Aaliya has been highlighted and Nawaz’s lawyer, Adnan Shaikh has said, “EMI is still being paid by my client. Other children related expenses too. Divorce notice was replied to but again, she has stated the contrary to defame through this well-thought slander campaign.” After the news of Nawaz’s reaction came out on the internet, Aaliya gave a fitting reply to the actor with her tweet and it can be read as “Good that you have finally spoken @Nawazuddin_S Do await my reply. I will have no reasons to now hold back any actions as sought to be initiated against you by me.” Take a look.

Good that you have finally spoken @Nawazuddin_S

Do await my reply. I will have no reasons to now hold back any actions as sought to be initiated against you personally, by me.

Over the past few months, we have seen Aaliya dropping a lot of truth bombs on Nawaz's whole family, as she had accused most of the members of Nawazuddin’s family with some serious charges. One of the most shocking accusations made by Aaliya was against Nawazuddin’s brother, Shamas Siddiqui, as she had revealed that he had beaten her. In an interview with Bollywood Life, she had said, “He (Nawaz) had never raised his hands on me, but the shouting and arguments had become unbearable. You could say though that only that was left. Yes, but his family has mentally and physically tortured me a lot. His brother had even hit me. His mother and brothers and sisters-in-law used to stay with us only in Mumbai. So, I've been bearing a lot for too many years.” (Don't Miss: Samantha Akkineni Shares A Family Yoga Picture With Hubby, Naga Chaitanya And Their Pooch)

In the same interview, Aaliya had revealed a lot of things and the difficulties she had faced in all these years while being in Siddiqui family. She had also mentioned that she had ignored a lot of massive things in the past years in the hope that they’ll end after some time. But the physical and mental tortures had just crossed the limits and that is the reason why she had decided to part ways with him. Going further into the interview, Aaliya had also revealed that this torture is the reason, why Nawazuddin’s first wife, Sheeba had divorced him. She had explained, “His first wife had also left him for this reason alone. It's a pattern. There are already seven cases registered by the wives of their house against them, and four divorces have taken place. This is the fifth one. It's a pattern in his family.”

In an interview with The Times of India, Nawazuddin's brother, Shamas Siddiqui had talked about Aaliya and had said, "I have known her even before Nawazuddin did. I was the one who introduced them. We have been friends and I never called her bhabhi. When she called me that her film ‘Holy Cow’ has been stuck due to funds, I gave her money with an agreement of Rs 1.30 crore. However, over a course of time, I had to transfer more money which now amounts to Rs 2.16 crore. We have had so many email exchanges between us, where I am asking for my money." (Also Read: Natasa Stankovic's Pregnancy Glow Is Unmissable In This Picture Shared By Hubby, Hardik Pandya)

Well, we have to see what revelations Aaliya brings next in public!