Navya Naveli And Her Brother, Agastya Enjoy Their Time With Grandmother, Ritu Nanda And Family

Navya Naveli And Her Brother, Agastya Enjoy Their Time With Grandmother, Ritu Nanda And Family

The family that laughs together stays together. Scroll down as we got hold of Navya Naveli Nanda, and her brother's cute picture with their grandmother, Ritu Nanada and aunt, Nitasha Nanda! 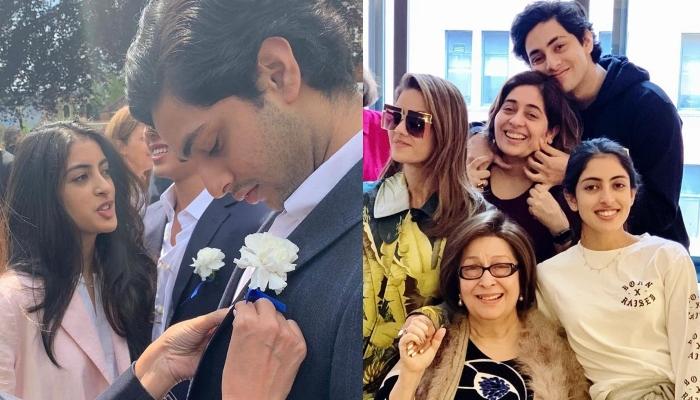 The family is a gift that stays 'always and forever'! And no matter how stormy it gets, the family remains an integral part of our life. And Bollywood actor, Amitabh Bachchan's grandchildren, Navya Naveli Nanda and Agastya Nanda understand the meaning of this sacred bond. (Recommend Read: Rishi Kapoor Confirms His Month Of Return After Battling Cancer, To Celebrate 67th Birthday In India)

Before we take you further into the story, Navya and Agastya have how to value a relationship from their mother, Shweta Bachchan Nanda, who shares a perfect 'Tom and Jerry' relationship with her brother, Abhishek Bachchan. The Bachchan have always supported Shweta in her every endeavor. 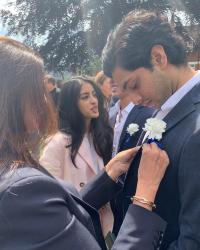 Recently, Navya and Agastya spent some quality time with their family friends. The photograph from the same gathering was shared by philanthropist Natasha Poonawalla, shows Navya and Agastya with their grandmother, Ritu Nanda and aunt, Nitasha Nanda. In the picture, we can see everyone smiling their best for the lens. Take a look at the picture below: 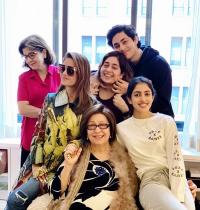 Well, Navya is already a known face in the B-town, thanks to her sartorial picks. While she is a fashionista on the mission of setting trends, her brother, Agastya had completed her graduation this year. And the same news was shared by his mamu, Abhishek Bachchan. He had posted a picture of Agastya and Navya on his Instagram handle and wrote a heartfelt note with it, "Congratulations on your graduation Agastya. You're growing up too fast and way too tall!! #ProudMamu". Take a look at the picture below: 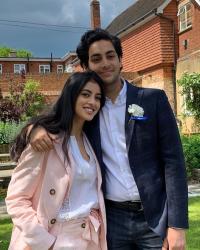 Last year in November when Agastya stepped into adulthood and welcomed his 18th year, mamu Abhishek had posted a picture of his handsome nephew on his Instagram. Along with it, he wrote, "Happy 18th birthday Agastya! You have the kindest heart and mamu loves you very much. Have the best day. Love you".  And it was one of the rarest times when we saw Agastya debut on social media as his photos are harder to find while his sister, Navya rules the internet. (Also Read: Rajeev Sen and Charu Asopa's First Picture Together From Their Mehendi Ceremony, Look Stunning) 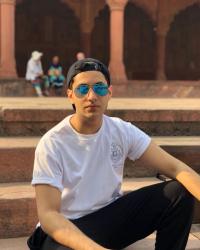 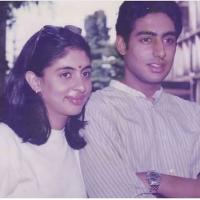 In the year 2010, Shweta had shared a heartfelt letter, wherein, she had admired her brother's will and hard work of becoming an actor. The letter could be read as. "Ever since he was a boy, he wanted to act. He enjoyed going on the sets and struck up friendships with the entire unit, they indulged him and I remember him making a boy’s game out of serious props like swords and hand pistols. The sets were truly his playground. At home he enacted action sequences with all his vigour, me and my hapless dolls and teddy bears bearing the brunt of his melodramatic fury. I correct myself, he didn’t want to grow up to be an actor- he wanted to grow up and be Amitabh Bachchan! Today when I see him on screen, larger than life, it feels surreal, glimmers of his make believe world of dangerous villains and man eating monster’s flash through my mind." (Don't Miss: Malaika Arora Gets Brutally Trolled For Wearing 'Indecent' Dress On An Outing With Son, Arhaan Khan)

Well, Navya and Agastya's bond is a perfect mirror-image of their mother and their mamu's relationship.

The Bollywood industry shall always be indebted to the Bachchan's for their contribution, which has given them their legendary status. It seems the day is not far when the third generation of the Bcahcahn's would grace the industry. Yes, you heard it right. After Shweta Bachchan Nanda's daughter, Navya Naveli