Celebs babies have the potential of stealing the limelight from their star parents. After Soha Ali Khan, Disha Vakani, and others, there is another celeb couple who embraced parenthood recently and shared the first pictures of their little munchkin.

Recommended Read: Akshay's Short And Sweet B'Day Wish For Twinkle Proves That He Is Super-Romantic 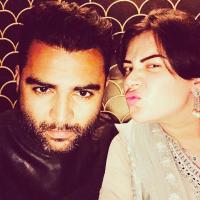 The couple tied the knot in February 2012. Urvashi and Sachiin’s first born is now three-year-old, Samaira and the couple have now embraced parenthood for the second time. They were blessed with a baby boy on November 26, 2017.

Also Read: Taimur Ali Khan Enjoying His First Snowfall With Mom And Dad In Swiss Is Not To Be Missed 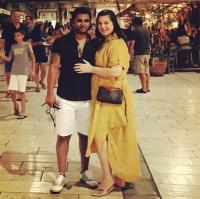 They have named her new-born- Shivansh, which is a beautiful name. Shiva is a Hindu god and the suffix ansh means portion. So Shivansh means a portion of Shiva. Isn’t this a unique and beautiful name? And now, after his name, it's time to reveal his face. Take a look:

After becoming parents for the second time, when they came out of home post their cutesy’s arrival, it genuinely looked a happy family. Urvashi and Sachiin were seen along with her three-year-old baby, Samaira and their 4-day-old little baby.

Don't Miss: This Little Girl From 'Black' Has Grown Up Into A Beautiful Diva And She Is Dating This Guy 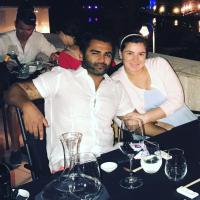 Earlier, in an interview with a leading online portal, Sachiin had confirmed the news of their baby’s arrival and happily retorted that both the mother and child were healthy. 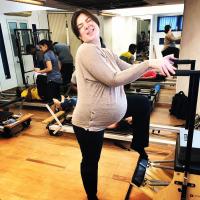 Urvashi has her baby shower recently which was hosted by Urvashi’s in-laws, and the event had a mix of traditional and fairy-tale themes. Her Indo-western sunshine yellow lehenga teamed with floral embellishments caught everybody’s attention. Read the story of her baby shower in detail here. 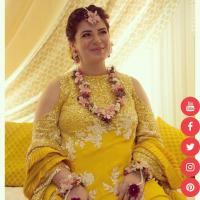 Urvashi, after her baby shower, had shared a beautiful picture on her Insta handle, which was a collage of the two baby showers that she has had hitherto. Take a look at the picture: 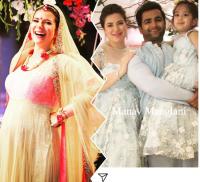 And her caption read:

The couple went on a babymoon to Croatia in the month of August and shared beautiful pictures from their trip. In case you missed it, check it out here. 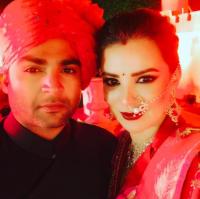 We wish Urvashi and Sachiin loads of happiness for being blessed with Shivansh. May the couple always remain together and happy with their two cute children. Stay tuned in here for more follow-ups on this story.