Namrata Shirodkar recalls being pregnant with her first child, Gautam during the release of her husband, Mahesh Babu's film, 'Pokiri'. Check out the details inside! 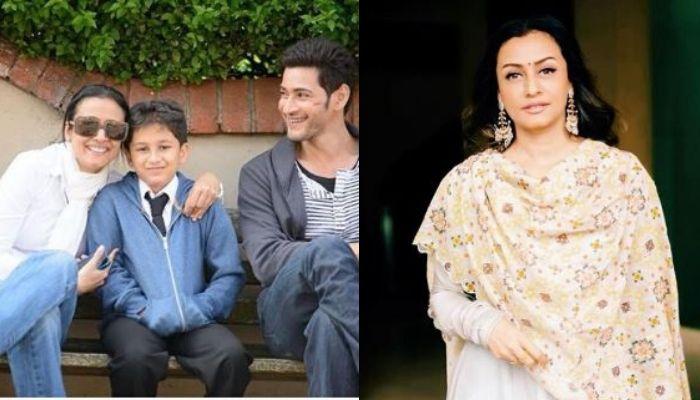 A mother is a person, who can fight the world for her child. Carrying your baby for 9 months to watching him or her grow old has to be the most endearing experience of any women’s life. And how mesmerising would be the feeling of knowing that you are pregnant for the first time! Isn’t that the mixture of all the feelings at once? From confusion to surprise, love to care, to happiness everything hitting you hard because you are going to be a mother soon, how overwhelming that would be. South star, Namrata Shirodkar shares a similar experience of her first pregnancy. (Also Read: Nick Jonas Has Turned In-House Tutor For Wife, Priyanka Chopra And Is Teaching Her This)

It was the summer of 2000 when Namrata Shirodkar and Mahesh Babu had met for the first time for a movie. By the end of the film, Mahesh and Namrata had already fallen in love with each other. On February 10, 2005, the couple had taken the wedding vows. The couple had welcomed their first kid, Gautam Krishna, in the year 2006. Namrata has always been a huge cheerleader to husband, Mahesh and has stood by him through thick and thin. Namrata recently posted about the film, Pokiri’s completion of 14 years, and revealed how the movie is special and she has some great memories. 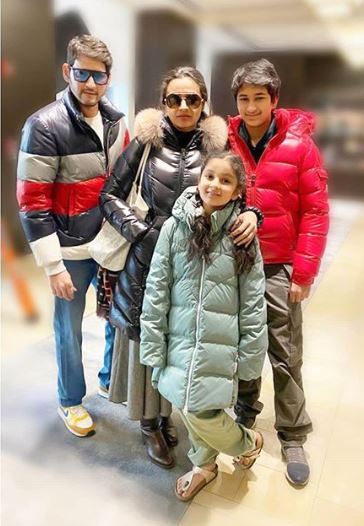 On April 28, 2020, the film, Pokiri has completed 14 years, for the same occasion, Namrata Shirodkar took to her Instagram handle to pen down a note, recalling how the movie changed a lot of things in their life, as she was pregnant with her first child, Gautam, with her husband, Mahesh Babu. The actress shared a poster of the film and wrote, "Pokiri completes 14 years ... so many memories attached to this phenomena .. our second release after marriage .. carrying baby weight of little gautam .. and then pokiri happened .. this film was a rage .. & changed our lives forever !! This movie got etched in Telugu cinema as a pathbreaking classic of all times !! The combination of Mb as Pandu and director puri jagan was magical .. It’s a memory that will always stay with me #gratitude #happiness #memoriesforlife." 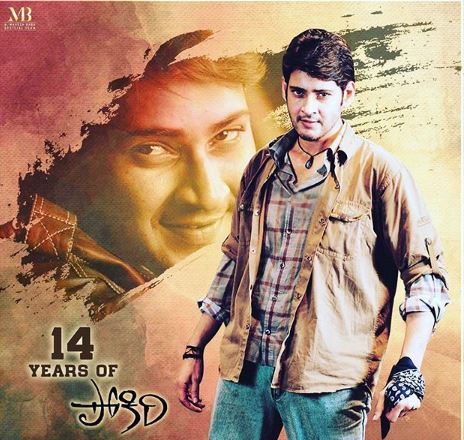 In an interview with the Asian Age back in 2018, the actress had revealed the secret behind her happy-married-life. Namrata had stated, “It’s been 14 years since we got married and four years of courtship before that. We’ve been together in every sense, through all these years and I feel we’ve been growing together. Now there are the two children whom we’re watching grow up, it’s the most blissful feeling in the universe. I wouldn’t exchange this life for anything in the world. We had to wait for four years before we could marry. I used that time to wrap up my work and my family obligations in Mumbai and after marriage, it’s just been Mahesh and now the children for me. I hardly socialise here in Hyderabad. Even if Mahesh has to attend a function, I’d rather be home with the children with my hair oiled.” (Recommended Read: Jasleen Matharu Dancing Wearing Chooda And Sindoor Left Fans Wondering If She Got Married?) 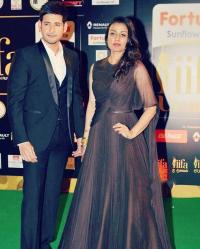 As there is lockdown all around, Namrata and Mahesh have been spending their time at home with their family, and Namrata has been constantly sharing their quarantine updates on her Instagram handle, and her daughter, Sitara's goofy pictures on videos. On April 24, 2020, Namrata Shirodkar had taken to her Instagram handle and had posted two adorable pictures of her daughter, Sitara giving her daddy, Mahesh Babu a head massage. The doting mother had captured the beautiful moment shared between the father-daughter from their time together in lockdown. In the picture, Mahesh Babu could be seen sitting on a sofa, while his daughter, Sitara could be seen standing behind him and giving him a head massage. Along with the pictures, Namrata had written a beautiful caption that could be read as “Watching GG play his game! MB had a head massage volunteer only to finish in 2 mins feedback says it was great while it lasted.” Take a look! (Don't Miss: Irrfan Khan Dies At 53, Amitabh Bachchan, Shoojit Sircar And Other B-Town Celebs Pay Their Tribute) 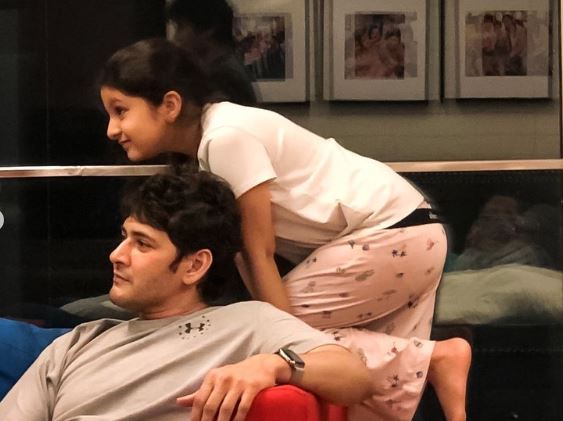 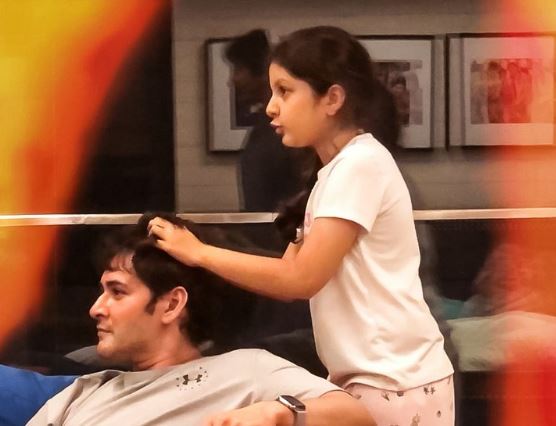 Namrata and Mahesh make for a picture-perfect family!