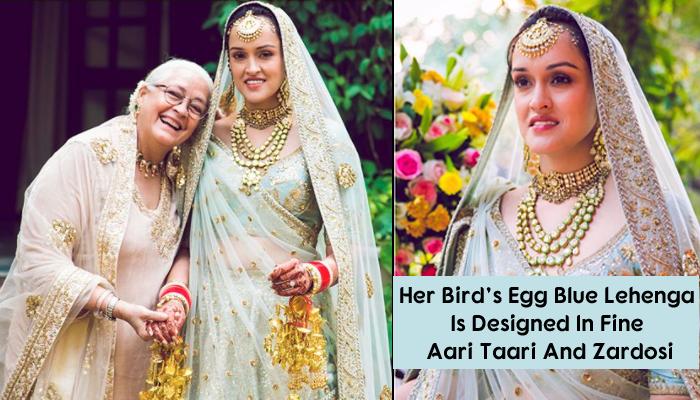 There are not enough words to describe how exquisite Anushka Sharma was looking in her bridal outfit in her wedding with Virat Kohli. And the only one to be credited for such breathtaking outfits for all her functions is none other than the industry’s talented fashion designer, Sabyasachi Mukherjee.

After Sabyasachi has made all of us swoon over his phenomenal ensembles at the Virushka wedding, another bride has donned the classy lehenga and looked wow. We are talking about Pia Sodhi, daughter of the veteran beauty, Nafisa Ali Sodhi. Nafisa was crowned Femina Miss India in 1976 and was second runner-up at Miss International in 1977 and she has made her mark in some prominent Bollywood films as well. Pia got married to her childhood friend, Kshitij Khemka on December 10, 2017, and the wedding celebrations were an intimate affair in Delhi with only close friends and family. Nafisa Ali took to her official Twitter handle to announce her daughter’s wedding. This is what she tweeted: 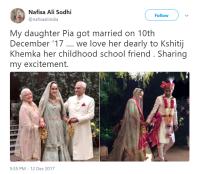 The pre-wedding celebrations were crème de la crème wedding extravaganza. For her sangeet ceremony, Pia looked stunning in gorgeous gold lehenga paired with minimal jewellery and make up. Here are some pictures from her pre-wedding family shoot, mehendi, sangeet and Anand Karaj: 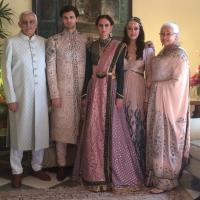 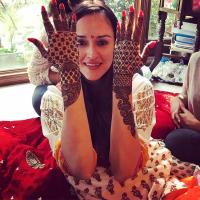 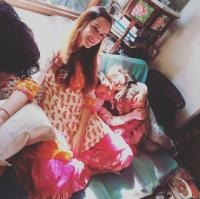 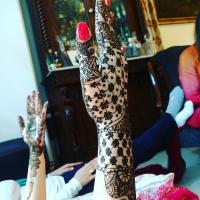 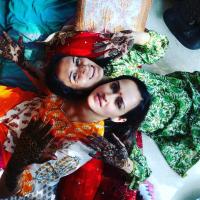 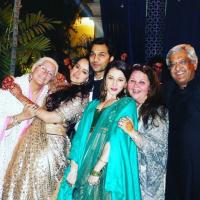 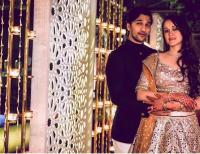 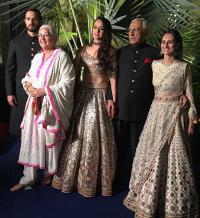 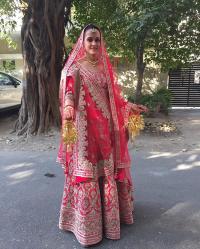 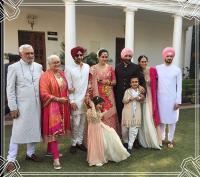 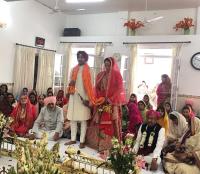 Also Read: Famous MTV VJ Gets Married To Her Long-Time Boyfriend, Pictures Inside!

The designer, Sabyasachi described the ethereal look of the bride. These are the pictures that he posted on his official Instagram page: 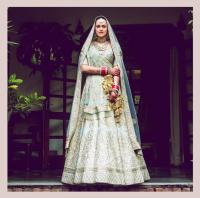 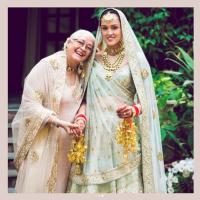 The choice of conventional red colour for bridal lehengas has now moved on to some elegant pastel colours. Pia’s look was complemented with the minimal make up and hair in a sleek low-bun. And for the bridal jewellery, she wore a kundan choker with a kundan necklace and earrings set, kaliras and a maang teeka. Look at some more snaps of the magical look of the bride on her wedding day: 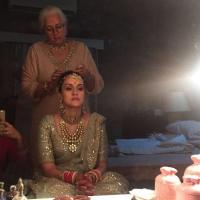 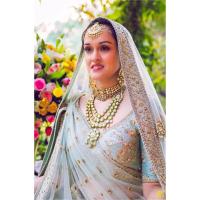 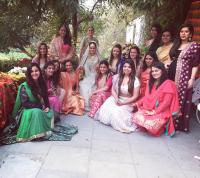 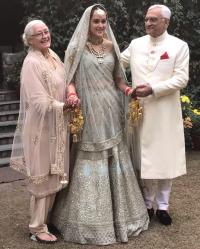 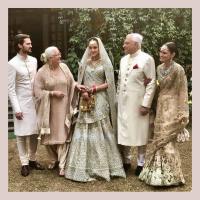 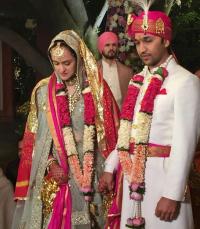 Looking at these beautiful pictures of Pia’s wedding, we must say it was an affair to remember. Wishing happiness and love to the newly-wedded couple, Pia and Kshitij. Your wedding pictures have indeed left all of us in awe.

Next Read: Varun Dhawan Talks About His Wedding, Clearing The Rumours Of Him Marrying Natasha In 2018