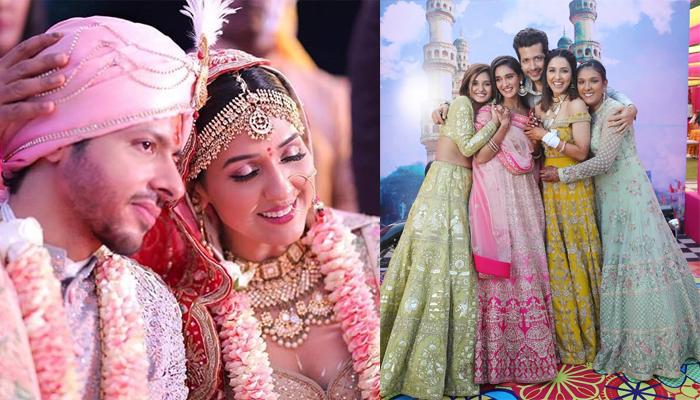 Manikarnika actor, Nihaar Pandya and Bollywood singer, Neeti Mohan took the nuptial plunge on February 15, 2019. Neeti and Nihaar’s pre-wedding functions began with mehendi, sangeet and engagement ceremony on February 14, 2019, which was followed by their wedding the following day. Neeti and Nihaar’s wedding took place at The Taj Krishna, Hyderabad. (Suggested Read: Neha Dhupia Says Daughter Mehr Is Her Priority And Also Wishes To Have 48 Hours In A Day)

Among the many pictures and videos from Neeti and Nihaar’s wedding functions, which have surfaced online, the one has been shared by Mukti, Shakti and Kriti Mohan and it speaks not just of sisterly love but the love that saalis and their jiju enjoy after a kick-ass wedding. Yes, their latest post has newly-weds, Neeti Mohan and Nihaar Pandya, along with Mukti Mohan, Shakti Mohan and Kriti Mohan. Mukti has adorably captioned the pic as, “We are 5 now” followed by a heart emoji, while Shakti has worded it as, "We are 5 Now. @nihaarpandya NJ Zooooo. Yayyyyyyyy Welcome to our Mad Mohan family." Take a look: 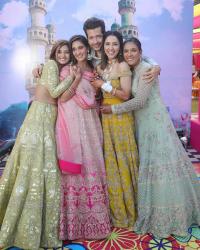 Mukti had recently congratulated her sister, Neeti and her jiju, Nihaar by sharing the following pic from their wedding and captioning these as, “When promises are made with an open heart, we experience the divine rain. @neetimohan18 @nihaarpandya My NeeNis I Love You more than myself. Just like the showers in your wedding, I wish you love, good health, success everything in abundance.”

Neeti Mohan and Nihaar Pandya’s wedding had been a long-anticipated wedding in the tinsel town. After some delay, it was on February 20, 2019, that Nihaar and Neeti shared with their fans a glimpse of their functions and wedding looks. Sharing the same on social media, Neeti and Nihaar wrote similar captions, “With the blessings of family, friends and well wishers, we are blissfully married. Dad's health is getting better each day. The Mohan and Pandya family THANK YOU for your constant love and support.” (You May Like: Tiger Shroff Arrives At His Favourite Restaurant In An Auto But Not With Disha Patani, Pics Inside)

Neeti Mohan had earlier revealed how love blossomed between her and Nihaar Pandya. She was quoted as saying, “We both have strong values and quite similar ones. I think Jimmy knew that, and trust me, he was very sure that we would click. He introduced us at a wedding, where Nihaar was accompanied by his parents. They met me very warmly and there was an instant connect with not just Nihaar but also his family members.” 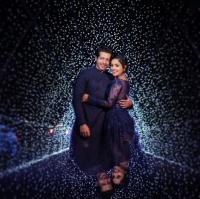 Neeti also revealed how she will be moving in with Nihaar and his parents post their wedding, “I am moving into his house and will stay with his family. And trust me again, I am really looking forward to that.” Well, the couple isn't planning an immediate honeymoon after the wedding. Talking about the same, Neeti had said, “Not decided (about the honeymoon), but it will have to wait. I have a couple of assignments going on.” (Must Read: Kunal Kemmu Wants To Give This To Inaaya Naumi Kemmu When She Grows Up, She Learns A New Word) 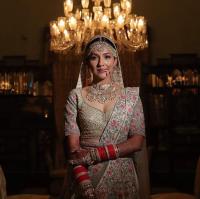 Many congratulations to Neeti Mohan and Nihaar Pandya. Guys, how did you like the pics of Mohan sisters with Nihaar Pandya?