When MTV's popular reality show Roadies's ex-contestant-turned-VJ-turned-actor, Rannvijay Singh announced his wedding on Twitter, it broke the hearts of thousands of his female fans.

The dashing MTV VJ  got hitched to his London-based girlfriend Prianka Vohra, in Mombasa, Kenya on April 14, 2014.

Recommended Read: 9 Bollywood Celebrities Who Chose To Get Married Outside India

It was few days before his wedding that Rannvijay made an official announcement of his upcoming wedding via Twitter and Facebook, and kept his fans guessing on who the lucky lady was. Later, his good friends and TV producers, brother-duo Raghu and Rajiv, even decided to showcase Rannvijay’s wedding online as a webshow, Hitched.

It was after announcing his plans on getting hitched that he finally introduced everyone to the "love of his life" by posting a picture from their roka ceremony that was held in Dubai, on his Twitter profile. He posted the same photo on his official Facebook page saying:

"It has been a wonderful journey with Prianka so far, and taking the first step towards our marriage has bought us even closer."

Also Read: 8 Camera 'Shy' Celebrity Wives Who Are Pillar Of Strength For These Bollywood Stars

Soon after that, Rannvijay posted another lovely picture of Prianka and himself, which finally made it clear to everyone that he is now a married man. It was a grand destination wedding for the couple, as the roka was held in Dubai, and the wedding took place in Mombasa, followed by a wedding reception in London.

Millions of followers and fans flooded his social media profile with their congratulatory messages. The Roadies VJ thanked his fans for their wishes and blessings. He wrote on his Twitter saying:

"I feel so blessed to get so much love from all of you, thanks for all the love and wishes! And now Prianka is getting so much love also, thanks."

His fans were not dissappointed, as Rannvijay's webshow gave them them each and every detail of the wedding. From the preparations and excitement to the wedding ceremonies, everything was up for the viewers to see. Rannvijay has also starred in a number of Bollywood and Punjabi films, such as Action Replayy, Mod, and London Dreams (along with two Bollywood biggies- Salman Khan and Ajay Devgn). He was earlier in a relationship with VJ, actress and singer Anusha Dandekar. 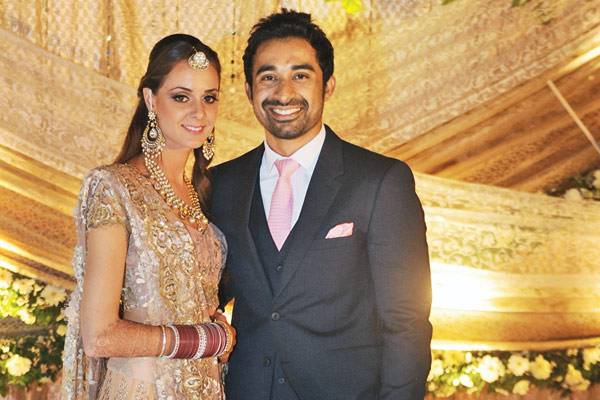 Here is a video from his webshow, which gives his fans an intimate look into his wedding celebrations. It was a Sikh ceremony, and the wedding took place during the daytime. Here is his wedding video from the show. Take a look:

You can go and watch more webisodes from his wedding celebrations that have been put up, starting from his roka in Dubai and bachelor's party in Goa to the wedding ceremonies. It has been two years since their wedding and the couple is still growing strong. Well, let us hope their love for each other remains like this in the coming years. When you are working together (shooting in this case) for more than half of the day, you are bound to get attracted to each other. [Read: 8 Awesome Reasons Why Marrying Your Colleague Is Not A Bad Idea]. Not surprisingly, this has led most of the Indian television and Bollywood couples to