Mahendra Singh Dhoni's trollers got an earful from his wife, Sakshi Dhoni, while #Dhoniretires was trending on Twitter. Check out her deleted tweet inside! 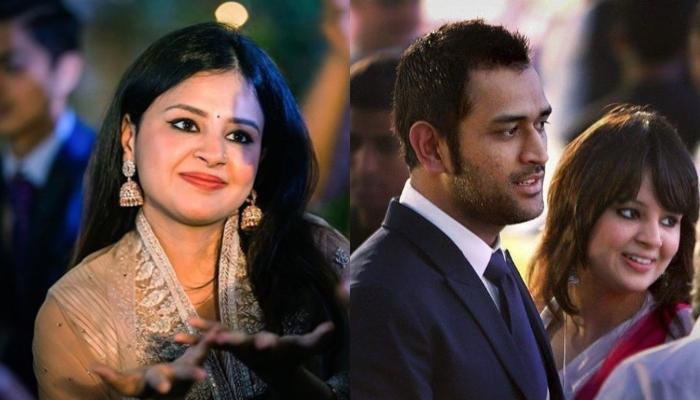 The legendary cricketer, MS Dhoni is in the news yet again as speculations about his retirement started trending all over social media out of nowhere. Although Dhoni himself hasn't come forward yet to confirm/deny such rumours, but his wife, Sakshi Dhoni had a lot to say to his trolls. Check out what did she say to people speculating Dhoni's retirement! (Recommended Read: Dipika Kakar Praises Sister-In-Law, Saba Ibrahim, Admits Every Girl Deserves A 'Nanad' Like Her)

Ever since former Indian cricket captain, the living legend, Mahendra Singh Dhoni had taken a sabbatical from cricket just after team India's disappointing oust from ICC WorldCup 2019, the rumours of him taking retirement have been on rife numerous times. Although MS has never talked about his retirement, nor had he made any comments on these rumours and speculations ever, his fans go hispanic whenever even the faintest of conjecture revolving around Dhoni's retirement rise heads. Something similar happened yesterday when #Dhoniretires started trending on Twitter out of nowhere, but this time, his wife, Sakshi Dhoni took the reigns in her hands. Scroll down to know what she had to say about this trend! Twitter went berserk yesterday when #dhoniretires started trending out of the blue. While his fans were hysterical about the heart-breaking prospect of never seeing their thala again in the blue jersey, some others were expressing their happiness over the plausible news. As usual, captain cool MS didn't acknowledge the ruckus and let people speculate. But his wife, who has stood by his side and has shut the mouth of trolls numerous times, came forward to bash the baseless speculations about his retirement. She tweeted, "Its only rumours! I understand Lockdown has made people mentally unstable! #DhoniRetires .. Get a life!" Pretty sure MSDians would've heaved a huge sigh of relief on reading her tweet. But here comes the twist, Sakshi deleted her tweet after a while, leaving everyone wondering what could this possibly mean! Although she had rubbished the rumours of Dhoni getting retired, this action opened a new door for a lot more speculations. We haven't got any comment from his spokesperson yet. Check out her deleted tweet below:

Sometime around last year, when MS Dhoni was enquired about his retirement plans at a promotional event, he had jokingly said, "January tak mat poocho." In another news, his IPL teammate, Harbhajan Singh had given some insights about his stand on donning the blue jersey again. In an Instagram live session with Rohit Sharma, Harbhajan had said, "He wants to play IPL 100 per cent. But one needs to know his take on whether he wants to play for India anymore or not. I think he doesn't want to play for India again. He has played so much for India. As far as I know him, he doesn't want to wear the blue jersey again. He decided that India's last match in the World Cup was his last. A few people have also told me that this is the case." Now, this is for sure a big blow to MSDians! (Also Read: When Amrita Singh Had Blushingly Sang 'Tum Aa Gaye Ho' For Saif Ali Khan, His Reaction Was Priceless) 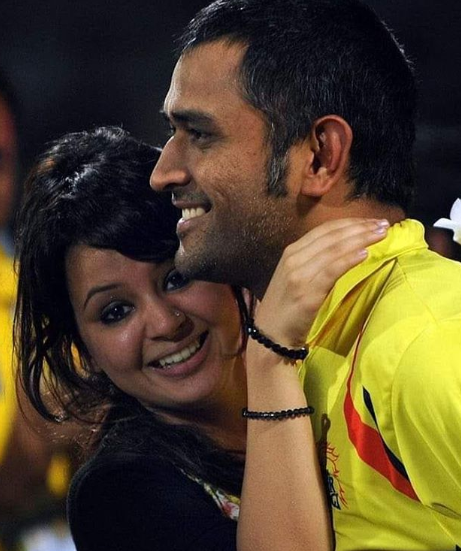 MS Dhoni's darling wife, Sakshi Dhoni is known for her unapologetic approach for dealing with trolls whenever they've targeted her husband. But, apart from that, she's a loving wife, who absolutely adores her husband and never skips a chance to flaunt her admiration for him. Her social media handle is filled with such fun, sweet, quirky banter with her husband. MS Dhoni is spending the lockdown with his family and video games. The cricketer's wife, Sakshi Dhoni was seen craving his attention when he was busy playing a "video game", in one of her Instagram posts. Sakshi has posted a picture on Instagram, in which she could be seen pretending to bite husband MS Dhoni's feet, while he was busy playing video games. She had captioned the picture as "Times when you crave attention from #mrsweetie! Video games vs Wife." (You May Also Like: Benafsha Soonawalla Calls Beau, Priyank Clingy As He Climbs On Her And Hugs Her The Tightest [Video]) 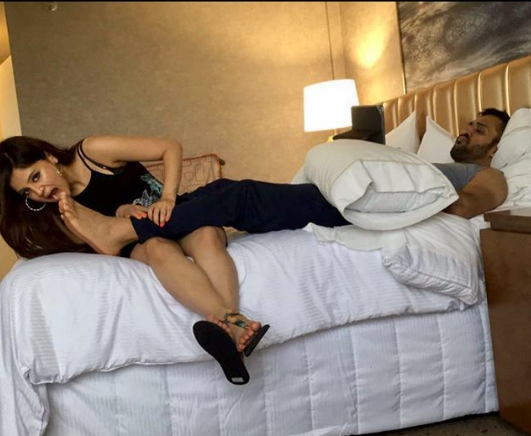 What do you think about these rumours of MS Dhoni taking retirement?