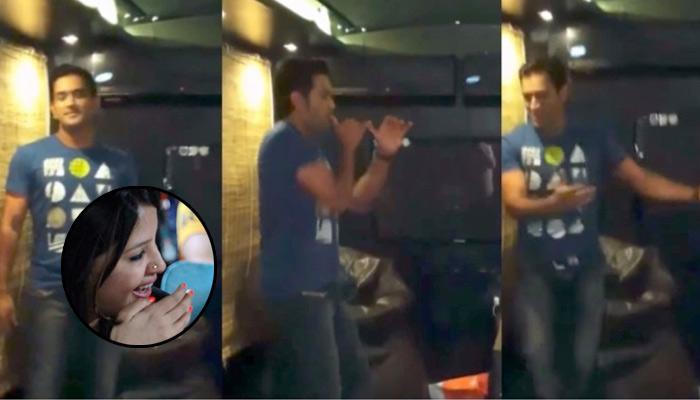 Mahendra Singh Dhoni is known for his cool character, for being calm and composed on and off the field and is one of the finest captains that Indian cricket team ever had! He has given us countless reasons to love him and proved to be one of a kind in whatever he does.

Recommended Read: Apparently, Surbhi Jyoti Of 'Qubool Hai' Fame Is In Love With This Co-Star From The Show

He is an all-rounder who has gained love and respect not only professionally but personally as well. We all have seen Dhoni’s love story in his biopic MS Dhoni The Untold Story directed by Neeraj Pandey. We all came to know how Dhoni got bowled over by beautiful Sakshi Rawat and their love story is a typical Bollywood type romance. 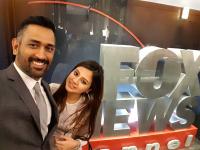 For those who don't know, Sakshi and Dhoni met at Taj Bengal, Kolkata in 2007 and the two finally started dating in the year 2008. Their affair was kept under the wraps and no one knew about their wedding preparations. They tied the knot on July 4, 2010 and their wedding was attended by big shots from politics, film and sports fraternity.

He has already won millions of hearts because of his outstanding leadership skills, but this time he is in headlines for some other reason not cricket.

Also Read: Virat Kohli's Fitness Routine And Full Diet Plan, And This Is What He Would Eat As His Cheat Meal 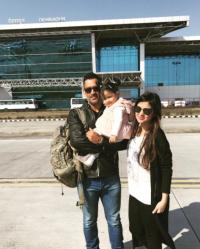 Most of us are unaware of the fun-filled side of our favourite captain. Dhoni’s hairstylist and good friend, Sapna Bhavnani shared a throwback video in which Dhoni is showcasing his dancing skills. Dhoni is shaking his legs on John Abraham and Deepika Padukone’s song Jhak Maar Ke from the film Desi Boyz. Take a look at the video that she shared:

“A long time ago at a shoot we found ourselves in @thejohnabraham‘s van so @sakshisingh_r and I directed @mahi7781 to make a video for him. And he did! And how! I am blessed to have spent so many precious moments with this man since he was a boy and feel sometimes it’s my responsibility to let ya’ll glimpse into our simple mad world. Enjoy and laugh all day! Yes I know, I am the luckiest girl and director in the world!
WARNING: THIS IS THE CUTEST THING YOU WILL SEE ALL DECADE!”

He is trying to copy John’s steps but he also added some unique style of his own. After watching Dhoni’s dance moves, his wife bursts into laughter. This throwback video has surely made the day of all his fans. 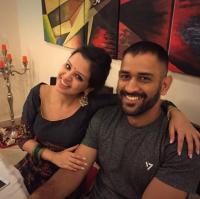 We are so happy to see Dhoni grooving so cutely to this amazing track. We all were unaware of this hidden talent of him, and now he has left us craving for more! Hope to see more of his dance moves soon, especially with his daughter, Ziva. What say? Do let us know in the comments section below.

NEXT READ: He Practiced 'I Love You' Countless Times And She Took Him For A Poolside Dinner