Entered the Bollywood duniya with her debut in Fugly in the year 2014 and was also praised for her brief appearance in MS Dhoni’s biopic, M.S.Dhoni: The Untold Story playing the character of Dhoni's wife, Sakshi Dhoni.Yes, we are talking about the pretty face of Dhoni’s biopic film, Kiara Advani.

Recommended Read: 11 Men Manisha Koirala Dated Before Marrying Samrat Dahal, Only To Divorce Him As Well 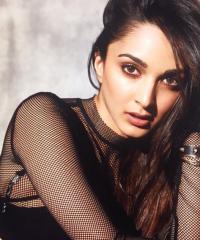 And if you thought that the beautiful actress has not been much in the news with her secret personal life, then we must tell you now about it. Let’s dive into the rumoured or real life love-stories of the actress Kiara.

Kiara Advani and Mohit Marwah were linked with each other from a long time. The main reason behind the duo to get along really well was because the two used to spend really long time during the shooting of their film Fugly. They started as friends which in turn developed into a kind of bond and later turned into falling in love with each other.

As the rumours started making the headlines on the internet and created that buzz about their relationship, there came a breaking news about Mohit Marwah dumping Kiara Advani. Apparently, Mohit left Kiara for another girl. As per the sources, he was linked with another girl who is unknown to everyone. Sources also said that this mystery girl would be Mohit’s next co-star but the authenticity of the news wasn’t confirmed.

Also Check: Game Of Cards And A Car Filled With Flowers, This Is How Javed Proposed To Honey And Shabana

During Karan Johar's birthday celebration party, everyone thought them to be a couple and on that day, people suspected that there was something wrong. They later came to know that they were no more a couple. A source also said:

"Kiara Advani and Mohit Marwah looked extremely chilled and relaxed. However, around midnight Mohit left Kiara and was seen chatting up with another girl who didn’t seem to be an actor. Kiara who was by his side seemed a bit miffed and walked out of the party. She didn't seem too happy that Mohit left her to get chatty with another girl."

If the rumours are to be believed, the Fugly actress was linked with director Mustan’s son, Mustafa Burmawalla. Apparently, when the two were working together in Mustafa’s debut film Machine, the two bonded really well on the sets and soon, became close friends, just within few days of the shooting. As per the information by SpotboyE, even after the shooting of the film is over, the couple is spotted hanging out together. Fashion designer, Vikram Phadnis is a close friend of both, Kiara and Mustafa and the three have been spotted chilling together too. 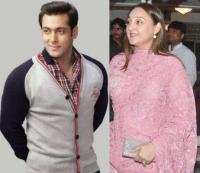 For those of you who do not know, Kiara is Salman Khan’s first girlfriend, Shaheen Jaffery’s niece and hence, Salman was seen promoting her as well. Kiara’s family is also very close to Salman Khan. If sources are to be believed, there was a lot of discussions which happened about Kiara’s love Mustafa at Salman’s 51st birthday bash.

Suggested Read: Farah Went Against Her Parents To Marry Vindu, Only To Divorce Him Later And Marry Another Man

There were other rumours which were doing the rounds on the internet was of having a different bond with the young and famous B-town actor, Varun Dhawan. They both were seen attending many events together along with their other friends. In fact, one of the videos of Kiara entertaining rapid fire on Varun Dhawan also went viral. As per sources, seeing the viral video, everyone also assumed that the duo share a close bond with each other and it might be more than friendship.

But considering the fact that Varun Dhawan is dating his girlfriend Natasha Dalal and is happy in their relationship, we can say that about Kiara-Varun, it was just rumoured and they only share a good friendship bond. As the Fugly actress keeps her personal life a mystery and secret for others, in one of the interview, when asked if she will always keep her love life a secret, she said:

“Until the day I am married, I am always single.” 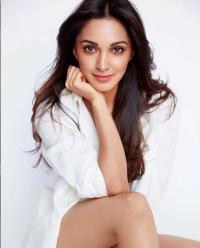 She further added and retorted:

“I am fortunate to be doing what I love (acting in films) and that is what I am concentrating on at the moment.”

You May Like: Men In Neha Dhupia's Love Life: Came Close To Marriage Twice But Failed

Personal questions seem to make the actress feel comfortable. Though she is always happy talking about her work. In one of the interviews she said:

“I have no mind block when it comes to genres. In fact, I want to experiment. I keep hoping that something different comes my way. My first three films were so different from each other. I am opting for scripts where my role will challenge me as an actor. But yes, if I am offered a romantic comedy, I will say yes for sure. I really want to be part of a romcom.”

Well, we don't know the current status of her personal life considering the M.S.Dhoni actress, Kiara Advani has always been lip-locked about her personal life. We cannot wait to hear from the horse's mouth and be happy about their relationship. We also wait to see Kiara in the next film soon.