Actress, Mreenal Deshraj talked about her hush-hush wedding with Ashim and why her in-laws were against their match.

Television actress, Mreenal Deshraj is one of the most followed actresses in the telly world. The stunning actress had garnered a lot of limelight for her performance in shows like Bharat Ka Veer Putra — Maharana Pratap, Doli Saja Ke, Naagin 3 and Ishqbaaz. Though Mreenal had a tremendous professional life, her personal life had seen a lot of ups and downs. The stunning actress had once stated that she dated five men but none of them culminated into marriage.

However, Mreenal found her soulmate in Ashim Matthan, a healthcare professional. The duo got engaged in June 2022 in an intimate ceremony and tied the knot on July 5, 2022. For the unversed, Mreenal and Ashim had met at a common friend’s party and fell head-over-heels in love with each other instantly. In an interview with the Times of India, Mreenal talked about her hush-hush wedding. Revealing how on their first date, Mreenal told Ashim that she wanted to get married, the actress said:

“Everything happened all of a sudden. We met and on our first date I told him I want to get married and he agreed to it. We started dating and within four months we got married. In the fifth month we had a reception. Now, my family will soon be having another reception. Everything happened so quickly that I couldn’t inform anyone, not even my close friends. I did not get time to react as I couldn’t believe that I could get married so soon. I’ve been waiting for the right person and suddenly I got married. And we are having two receptions in five months and it is like a dream.” 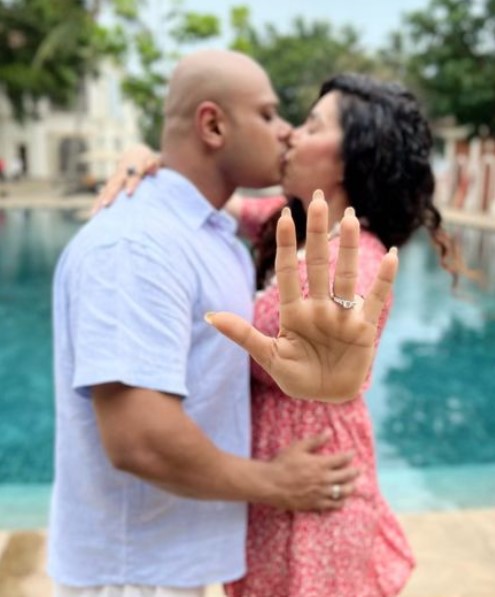 Going further in the interview, Mreenal also shared that she is 10 years older than her husband, and her in-laws didn’t agree to their match initially. Talking about the same, she said:

“I am 10 years older than my husband so initially, my in-laws, his family did not agree to our match. But then they realised we both are in love with each other and we are perfect for each other. Age is a problem, which I will have to level up my entire life. His family later on agreed as they know we are in love with each other. Initially, there were problems from his side, but after marriage everything has become normal and now we are a very big family. They accepted me as a part of their family. I have met all his extended family, cousins, everyone. They have officially accepted me.”

Recommended Read: Nisha Rawal's Brother, Rohit Satia Reveals Karan Mehra Has A Girl In His Life, Her Initials Are 'MM' On July 13, 2022, Mreenal had taken to her IG handle and posted her first picture post-wedding. In the beautiful picture, Mreenal was seen sitting on the stairs, while Ashim planted a kiss on her forehead. Twinning in peach, the bride and groom looked like a match made in heaven. Along with the picture, she had written:

“I AM YOURS, with my whole heart for my whole life. To love, cherish & honour- this is our “Happily Ever After.” 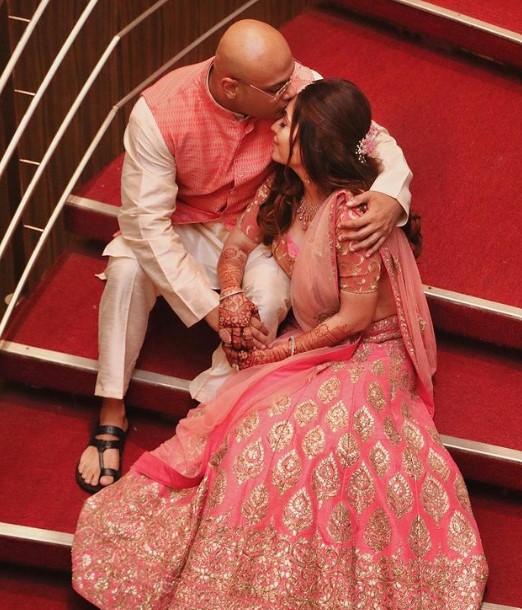 On the work front, Mreenal was last seen in the show, Ishqbaaz! 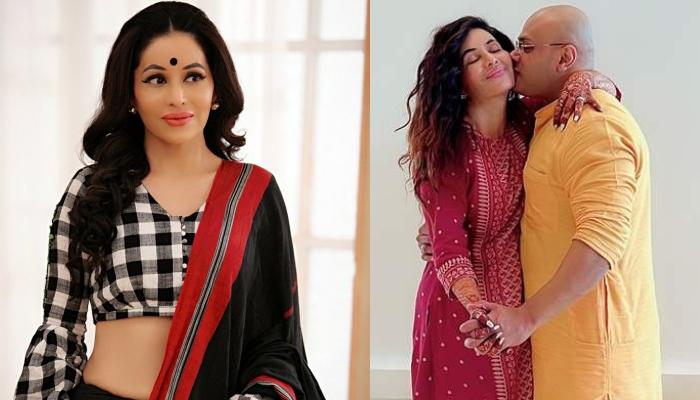 Popular television actress, Mreenal Deshraj is loved for her stellar acting skills and sartorial fashion sense. She has swooned our hearts with her performances in TV shows like, Bharat Ka Veer Putra — Maharana Pratap, Doli Saja Ke, Ishqbaaz and Naagin 3. However, Mreenal's love life wasn't a bed of roses. In many previous interviews,