Mouni Roy Raises The Temperature In A Turquoise Bikini Top And Slit Skirt Worth Rs. 4,500

Mouni Roy Raises The Temperature In A Turquoise Bikini Top And Slit Skirt Worth Rs. 4,500

The popular television actress, Mouni Roy once again stunned everyone with her sizzling pictures from Goa donning a stunning bikini top and slit skirt worth just Rs. 4,500. Check it out!

One of the most popular actresses of the television world, Mouni Roy, is slowly and steadily stepping up the ladders towards her success in the Hindi film industry. She has already garnered a lot of praise from the critics for her performances in the films, Gold and Made In China. Apart from hustling on the professional front, Mouni often grabs eyeballs for her stunning looks and outfits. From her airport looks to her vacay outfits, anything that Mouni dons is the epitome of style and grace.

However, this time around, Mouni Roy has proved that you don't need fancy clothes with jaw-dropping prices to make a style statement. All you need is clarity of thought when it comes to picking up clothes. The actress is currently in Goa and is giving her massive fanbase some constant exotic vibes through her social media handle. On January 4, 2022, Mouni Roy took to her Instagram handle and shared a series of sizzling pictures from her trip to Goa and once again proved the mettle of her fashion quotient. The actress raised the temperature in a breezy sea green co-ord set that she effortlessly carried with utmost grace. Mouni Roy's Goa look simply needs to be bookmarked by everyone. Her co-ord set featured a bralette and thigh-slit skirt that she wore with a white and sea-green-striped cape. 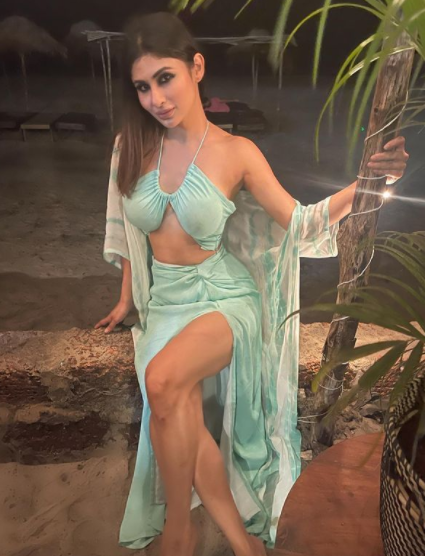 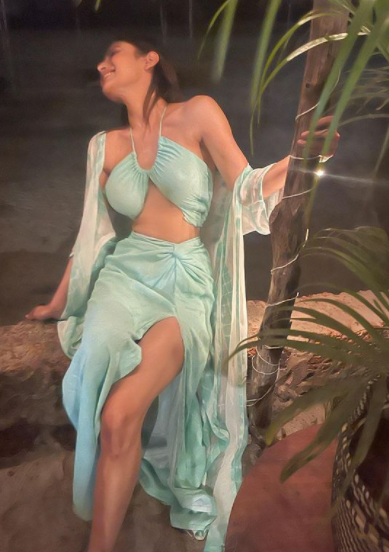 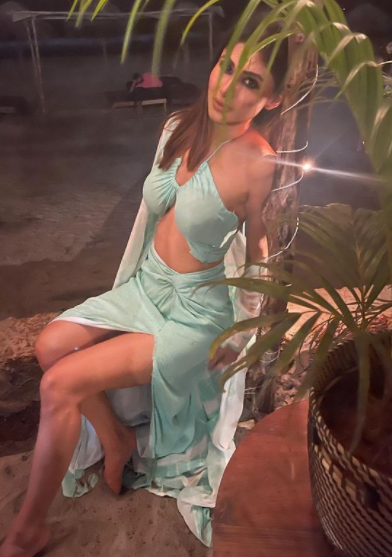 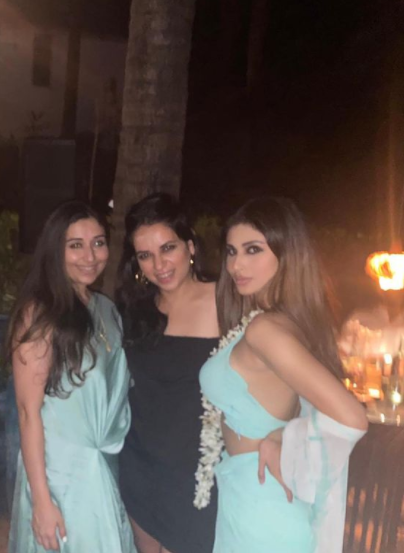 Talking about Mouni Roy's makeup, she opted for a kohl-rimmed waterline along with mascara-laden lashes. The hotness finished her look with a nude lip shade, leaving everyone in awe of her beauty. For the unversed, Mouni's beautiful ensemble is from the fashion brand, Cotton Story. After doing some digging on Cotton Story's official website, we got to know the price of Mouni Roy's co-ord set, and it is costed at Rs. 4,500.

This isn't the first time when we fell in love with Mouni Roy's fashion quotient, as time and again, she has proved that there's no outfit in this world that she cannot pull off. For instance, on October 20, 2021, Mouni Roy had taken to her Instagram handle and had shared a set of stunning pictures from her visit to Amritapuri. Along with it, she had penned a caption which could be read as "Be the embodiment of LOVE; rest is confetti #AMMAAAday." She had looked drop-dead gorgeous in the pictures and had made our hearts skip a beat. 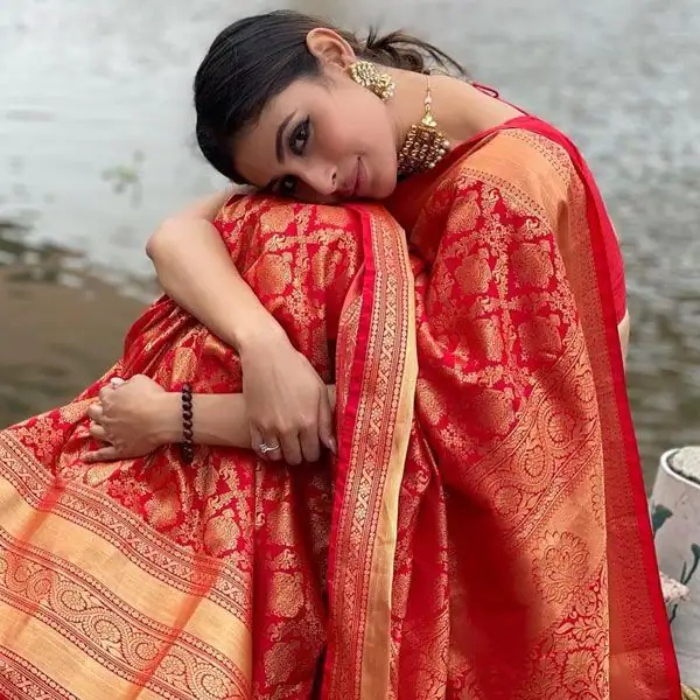 Everyone is aware of Mouni Roy's beauty, and with the serene locales of Amritapuri in the background, her pictures had become even more beautiful. The actress had paired her Banarasi saree with a ruffled blouse and had accessorised it with jhumkas and a gold choker. Moreover, Mouni had opted for a minimal look and had tied her hair in a messy bun. However, it was her radiant glow that was simply unmissable! On the personal front, Mouni Roy is rumoured to be dating a Dubai-based banker, Suraj Nambiar. The speculations about their marriage have been hitting the headlines for some time now. A few months back, Mouni's mother had met Suraj's parents. The meeting had taken place at Mandira Bedi's residence, who is very close to Mouni. Also, the actress' brother was also in attendance. According to the latest reports, Mouni is all set to tie the knot with Suraj in January 2022. 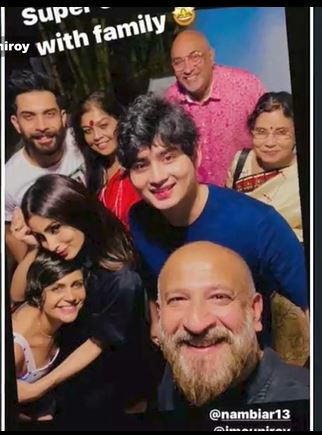 On the professional front, Mouni Roy will be next seen in the film, Brahmastra!