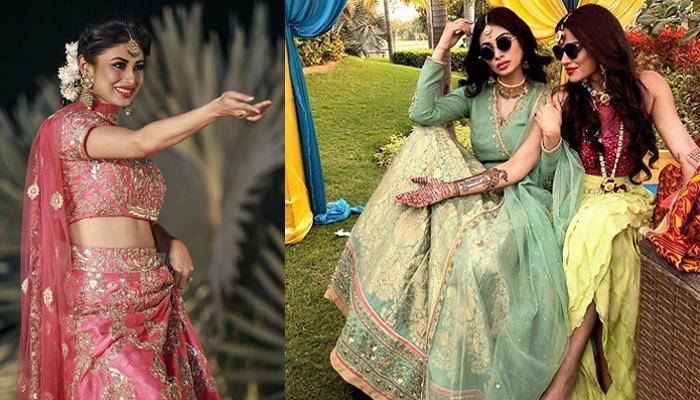 Perhaps, the very interesting thing about any celeb wedding is, who all attended the wedding and what special a celeb did for the couple. The Devon Ke Dev…Mahadev actress, Mouni Roy is very good friends with the newly-wed, Aashka Goradia, courtesy their great bonding seen in the images posted by them on their official Instagram handles.

Recommended Read: And Finally! Haarsh Puts 'Sindoor' On Bharti's 'Maang' And Ties 'Magalsutra' Around Her Neck We all know that Mouni Roy is really a graceful dancer and a professional one too. She has always caught many eyeballs with her thumkas and aadae. We have seen some of her commendable performances as a contestant in Zara Nachke Dikha and Jhalak Dikhhla Jaa 7. 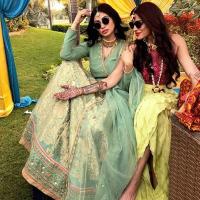 She was recently seen in Aashka and Brent grand wedding affair and not to miss, she looked like a perfect bridesmaid. Not just this, she was one of them to put chaar chaand to the wedding with moves. What we will show you now, is the best part of Aashka and Brent’s sangeet ceremony and without a doubt, Mouni along with the actress-friend, Abigail stole the show.

Also Check: Piyush's Estranged Wife Akangsha Reveals Some Dark Secrets About His Equation With His Family They performed on the famous song Kajra Re from the film, Bunty Aur Babli. Sanam Johar also was a part of their dance for some bit. Mouni’s traditional steps took the limelight of the entire show and it was truly applauding. Here are the videos: 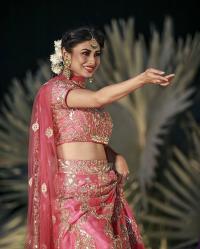 Isn’t she one of the most elegant and graceful dancers we have on the screen? We are pretty sure, post this performance, there would have been rounds of applause and people screaming ‘once more’.

For those of you who don’t know, Mouni Roy has been dominating the TV world for a long time and it is time for you to see her in Bollywood movies too. Yes, Mouni is soon going to be seen in her debut film, Gold opposite the Khiladi of B-Town, superstar Akshay Kumar. As per the sources, Salman Khan was supposed to launch the actress under his banner and during Bigg Boss 1, she was a special guest and as per reports from a leading daily, Salman recommended Mouni to Akshay.

We cannot wait for such a skilled actress to be seen in films too. We really would love to see Mouni to always entertain us with her performances like this and we are pretty sure, whenever she spills beans on her wedding news, she would also perform for her would-be-husband in the most special way showing her dance talent. And all you guys, stay tuned with us to know more about your favourite celebs.