2015 was a year of lavish celebrity weddings and gorgeous brides. We looked forward to all the celebrity brides for inspiration for the wedding season this year. From outfits to jewellery, to makeup to hairstyle, everything about their look was worth copying.

Let us bring you the most stylish celebrity brides of 2015.

Bridal Style Guide: 4 Things You Must Know About Floral Jewellery

Recommended Read: This 2 Minute BIBA Ad On Arranged Marriage Breaks Down Some Stereotypes And Highlights Some Others 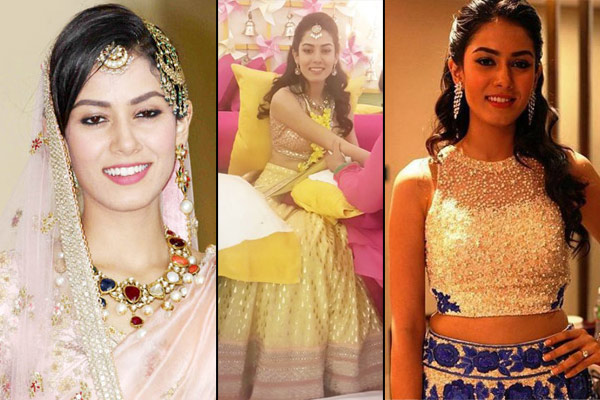 The most awaited wedding of 2015 had the most beautiful bride with the most stylish wedding trousseau. We loved every single outfit she donned. For the haldi and kaleera ceremony, she wore an Anamika Khanna ensemble in yellow. The jewellery in kundan stole the show. For the sangeet she flaunted an Anita Dongre ensemble, again in pale yellow and peach. Her maang tikka was the showstopper for this look. 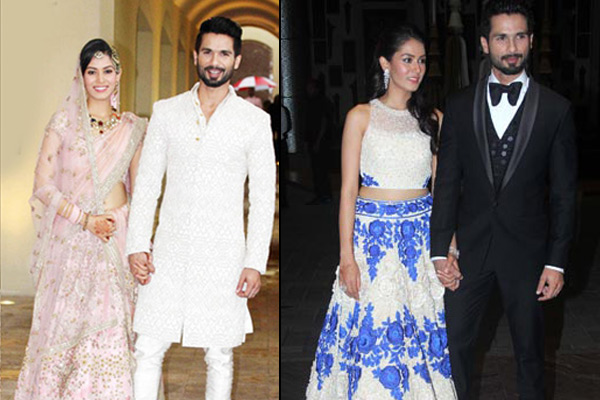 For the wedding and dinner, she wore Anamika Khanna again. Her wedding look in pale pink has become a trendsetter. The side swept hair, side maang tikka and multi-coloured jewellery looked stunning. For the reception, it was a white and blue embroidered ensemble. Mira’s Manish Malhotra sequinned crop top paired with a bright blue rose-embroidered long skirt was simply classy.

In case you missed it, here is The Wedding Story Of Bollywood Heartthrob Shahid Kapoor And Mira Rajput Soha’s wedding was a very private affair. The pics on Instagram and social media were enough to judge that she had one of the most stylish bridal trousseaus of the year. Her mehendi outfit from Ritu Kumar Label was colourful, bright and very bridal. Her chandbalis were the showstopper. For the wedding, Soha wore a cream and orange Sabyasachi outfit and she looked every bit of a royal bride. With heirloom jewellery and simple makeup, she was looking ethereal. For the reception, she wore a beautiful pink and gold lehenga by Sanjay Garg. Naina, who is the niece of Amitabh Bachchan, and the Rang De Basanti star Kunal Kapoor had been dating for a while, and got married on February 9. After a secret wedding in Seychelles, the couple had a grand reception in Delhi. The reception look of Naina Bachchan was royal in a red lehenga with heavy embroidery. Paired with heavy kundan jewellery, the entire look was royal. India’s top female squash player had been engaged to the wicket-keeper batsman Dinesh Karthik, since November 15, 2013. The couple got married twice, on August 18 in a Christian ceremony, followed by a Hindu-Telegu ceremony on August 20. Dipika had one of the most beautiful Christian wedding gowns, apparently from the US, and had Swarovski crystals on it. Dipika Pallikal wore a traditional yellow bridal saree with a red border for her Hindu-Telegu wedding. Her wedding jewellery included a bridal necklace, bridal bangles, bridal earrings and papidi billa (a south Indian style maang tikka). Actress Geeta Basra and cricketer Harbhajan Singh tied the knot this year in a star-studded ceremony. Geeta’s wedding outfits were designed by Babita Malkani and Archana Kochhar. Geeta Basra looked like a princess at her mehendi function in a lime-yellow lehenga paired with a pink blouse, with antique silver work. Her maang patti was the showstopper of her whole outfit. For the sangeet ceremony, Geeta Basra wore a green lehenga finished with touches of gold, designed by Babita Malkani. 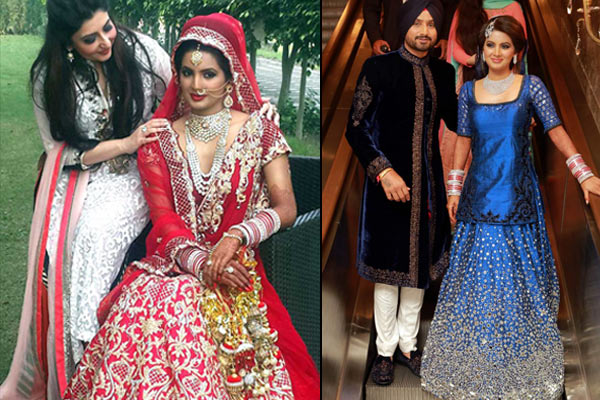 In a statement, designer Archana Kochhar revealed that Geeta wanted to go for outfits with a traditional touch. For the reception, her look was a deep blue ensemble, again by Archana Kochhar. 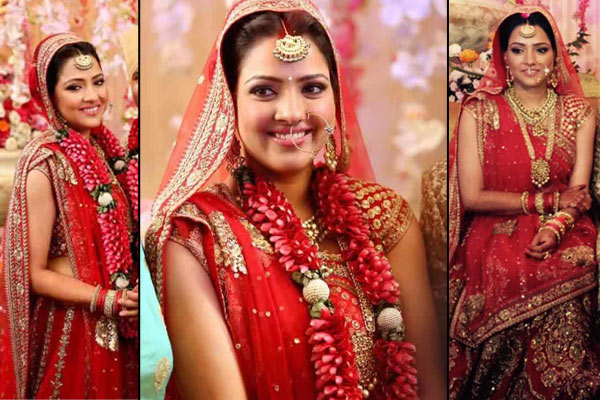 The star batsman of the Indian cricket team, Suresh Raina, married his childhood sweetheart Priyanka Chaudhary, on April 3, 2015, in Delhi. Priyanka is an IT professional with a Netherlands bank. For her wedding, she wore a red Sabyasachi lehenga and looked absolutely gorgeous. Her nose ring and elegant jewellery were looking absolutely stunning! 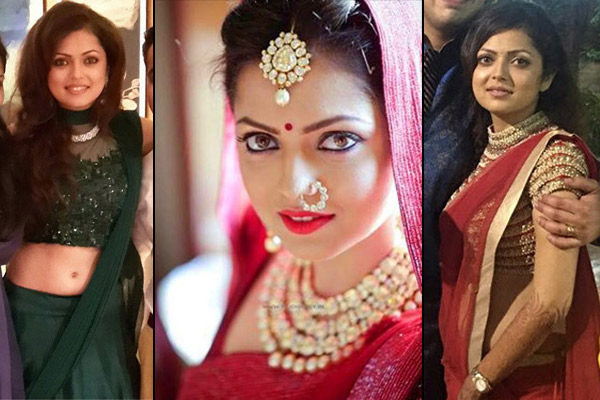 Drashti Dhami got married in February, 2015 to her long-time boyfriend, Neeraj Khemka. Drashti looked gorgeous in all of her wedding celebrations. For the haldi ceremony, Drashti wore a red and gold saree, and completed her look with a traditional braid and some elegant jewellery. On the sangeet ceremony, Drashti's look was jaw-dropping. She looked sensuous in a bottle green saree with laced blouse. She kept her jewellery minimal for that day. For her D-day, our Madhubala wore the most trending colour of the year- marsala. She was looking gorgeous in that lehenga, paired with kundan and pearl jewellery. She kept her makeup very simple.

Hope you enjoyed the most stylish celebrity brides of 2015, and have taken some inspiration for this wedding season.