Someone pinch us because we still cannot believe that Mona Singh has finally tied the knot! And she wasn't a coy bride. In fact, she was a bridechilla and her bachelorette pictures are proof of it! 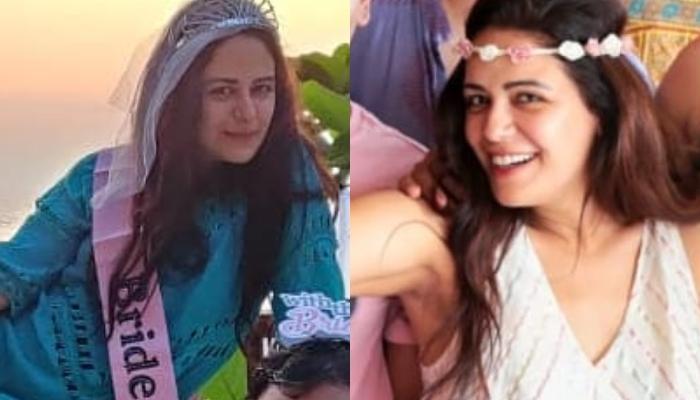 The moment a girl's wedding date is fixed, she turns into a bridezilla. From shaadi decor to selecting prettiest outfits, there is so much planning to do and it is normal for a sane girl to turn crazy. But television actress, Mona Singh was the coolest bride of telly town! The actress gave everyone the sweetest shock when she tied the knot with the man of her dreams, Shyam Rajgopalan on December 27, 2019. She looked one of the happiest brides as she took saat pheras with her love. (Recommend Read: Ranbir Kapoor-Alia Bhatt's Wedding Preparation Begins, Neetu-Rishi Speed Up The Work At KrishnaRaj)

Last week, social media was flooded with the hashtag 'Mona Ki Shaadi' and everyone was eagerly waiting to get more glimpses of her beautiful wedding with close friends and family. On December 28, 2019, Mona had shared a cute picture with her 'mister' on her Instagram handle and had captioned it as "Love laughter and a happily ever after." The actress had picked the prettiest red lehenga that complimented her personality. On the other hand, her groom had donned a beige sherwani.

On December 30, 2019, Mona took to her Instagram handle and shared her bachelorette trip pictures. The actress looked prettiest and the happiest posing with her bride squad that included her closest friends. Alongside it, she wrote, "Bride squad #shaadi #friends #goa #bachelorette #happyfaces #blessed." Take a look at it below: 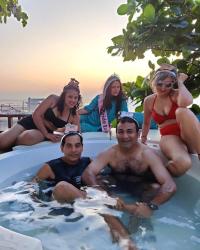 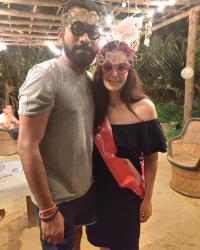 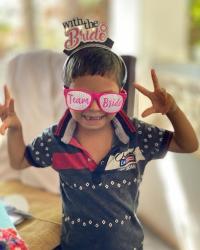 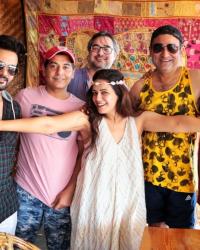 Today (December 30, 2019), Mona Singh's best friend, Gaurav Gera had shared a video from the actress' sangeet ceremony. And oh boy, we are drooling over her moves. Check it out below:

Recently, in an interview with Pinkvilla, Mona's friend and television actress, Rakshanda Khan had talked about her wedding. She had stated, "It was beautiful! From the bride to the decor, everything was just gorgeous." When asked if Mona had wedding jitters, Rakshanda clearly denied and had said, "Does moms look like the kind of person who will get jitters!? Plus, I think when you have waited such a long time to walk down the aisle to your Prince Charming it’s more like let’s get on with it."  (Also Read: Anushka Sharma And Hubby, Virat Kohli Pose With Varun Dhawan And GF, Natasha Dalal In Switzerland) 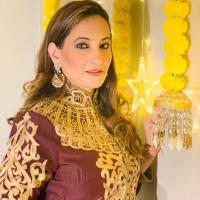 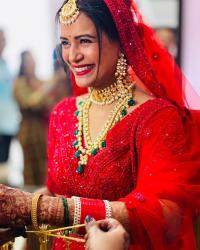 In a 2016 interview with The Times of India, Mona had talked about her idea of marriage and had said, "I would love to have a swayamvar. Let’s have a contest and look for a groom for me. (laughs out loud). But on a serious note, of course, I always wanted to get married but I am not dying to get married! My parents are happy to see my work and be independent. Marriage is not the only thing left to do in life. It is for those girls who are not working and are waiting to get married and whose parents think their daughter is a burden." (Don't Miss: Deepika Padukone Has Removed Her Permanent 'RK' Tattoo After Her Wedding With Ranveer Singh)

Well, we love Mona and her bride squad! What about you?